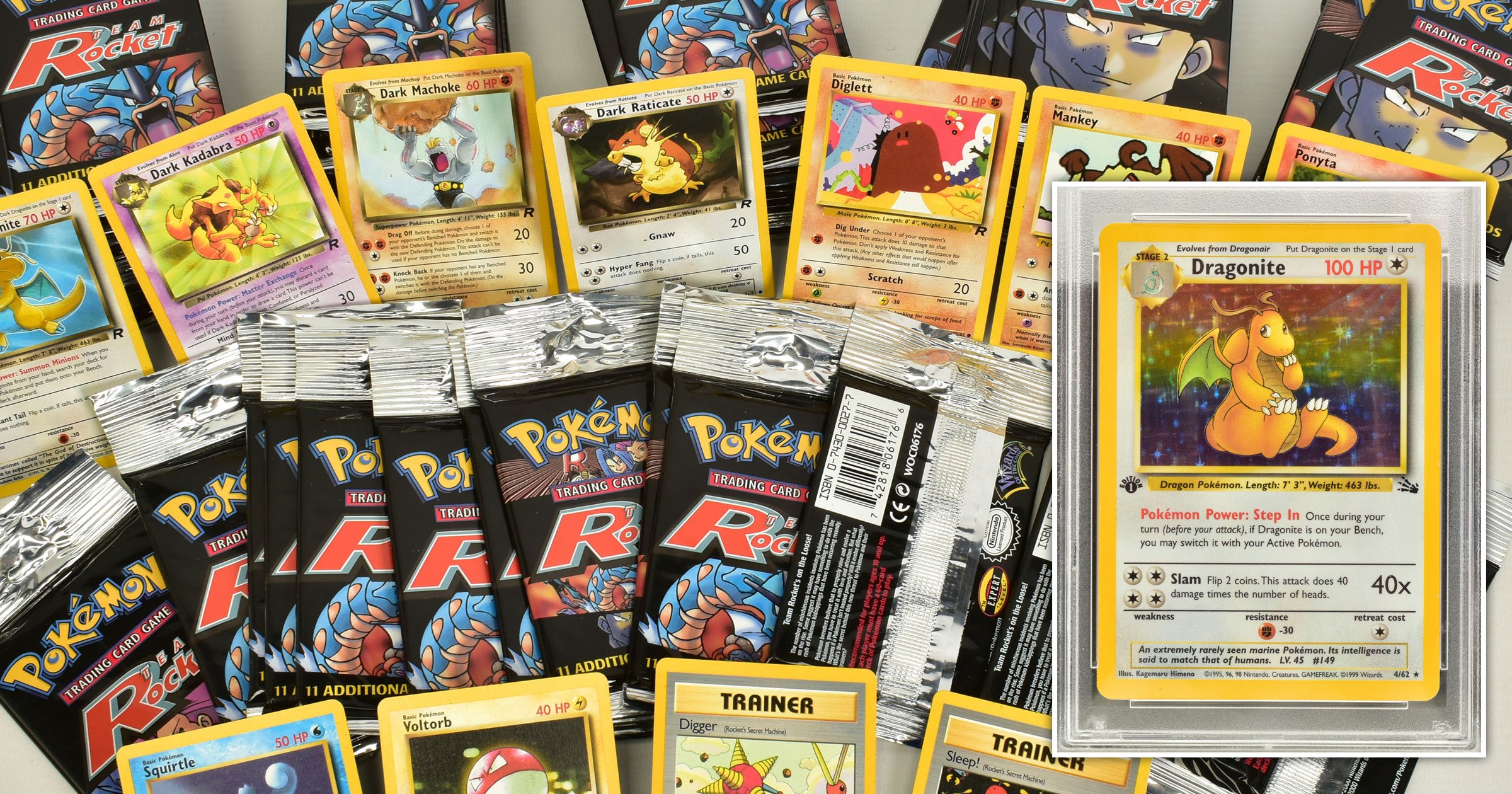 If you ever collected Pokemon cards when you were younger, it might be time to dig them out.

People always used to speculate that they might one day be worth something, and now we’ve got the proof – as a collection is expected to go under the hammer for £100,000!

That could buy you a house (alright, not in London) or a Ferrari (again, probably one of the cheaper ones).

Not bad, even though the cards originally cost a bomb so you’ll have to weigh that cost against the return.

The 25th anniversary auction organised by Richard Winterton Auctioneers will take place on February 24, with over 40 lots of the cards.

Among the exhibits are around 740 pieces with the prized PSA grading of ‘gem mint 10’, meaning they are in perfect condition, including a first edition Team Rocket Dark Charizard Holo, which is expected to draw bids of between £3,000 to £5,000.

There’s even the mystery offered by two still unopened items. One of them it potentially one of the last sealed Base Set Booster Boxes, that has been valued at between £14,000 to £18,000, there are also 70 sealed Team Rocket booster long packs that are expected to fetch between £15,000 to £18,000.

Generally, first edition cards remain highly sought after, with just one of the current lots – a first edition Dragonite – expected to fetch up to £5,000.

Toy specialist Jon Price said: ‘It really is all about condition and that’s where the PSA grading comes in. With the majority of cards being graded 10, the highest level, that makes this collection so rare and unusual.

‘Condition aside, generally speaking the cards to look out for are first editions from the earlier sets – the Fossil set cards here date back to 2000 so there is still that degree of older cards becoming more valuable.

‘Sometimes promo cards can be rare but there are many which are common and simply nice things to add to a collection.

‘They made millions of cards so it really is all about doing the research and discovering where the real gems are. When we value collections we take the time to go through each card and assess how rare it is and what the market is for it at that time, taking into account condition.’

The family firm of auctioneers has become a go-to place for Pokémon, even breaking its own sales records last year when it sold a rare 1st edition Pokémon base set online for £25,000.

International prices for Pokémon have also skyrocketed – a sealed First Edition Booster box recently sold for £298,000, while last November, a PSA graded 10 1st edition Base Set Charizard sold for over $350,100.

Robbie Jarvie, specialist valuer at Richard Winterton Auctioneers, said: ‘The fact that these cards are PSA Gem Mint 10 graded massively increases their value and is particularly important in America.

Auctioneer Richard Winterton said: ‘Pokémon is quite simply a global sensation and the ultimate ‘new’ collectable.

‘As the sale ties in with the 25th anniversary, we expect huge interest across the globe, especially collectors in Japan, China and the USA.’