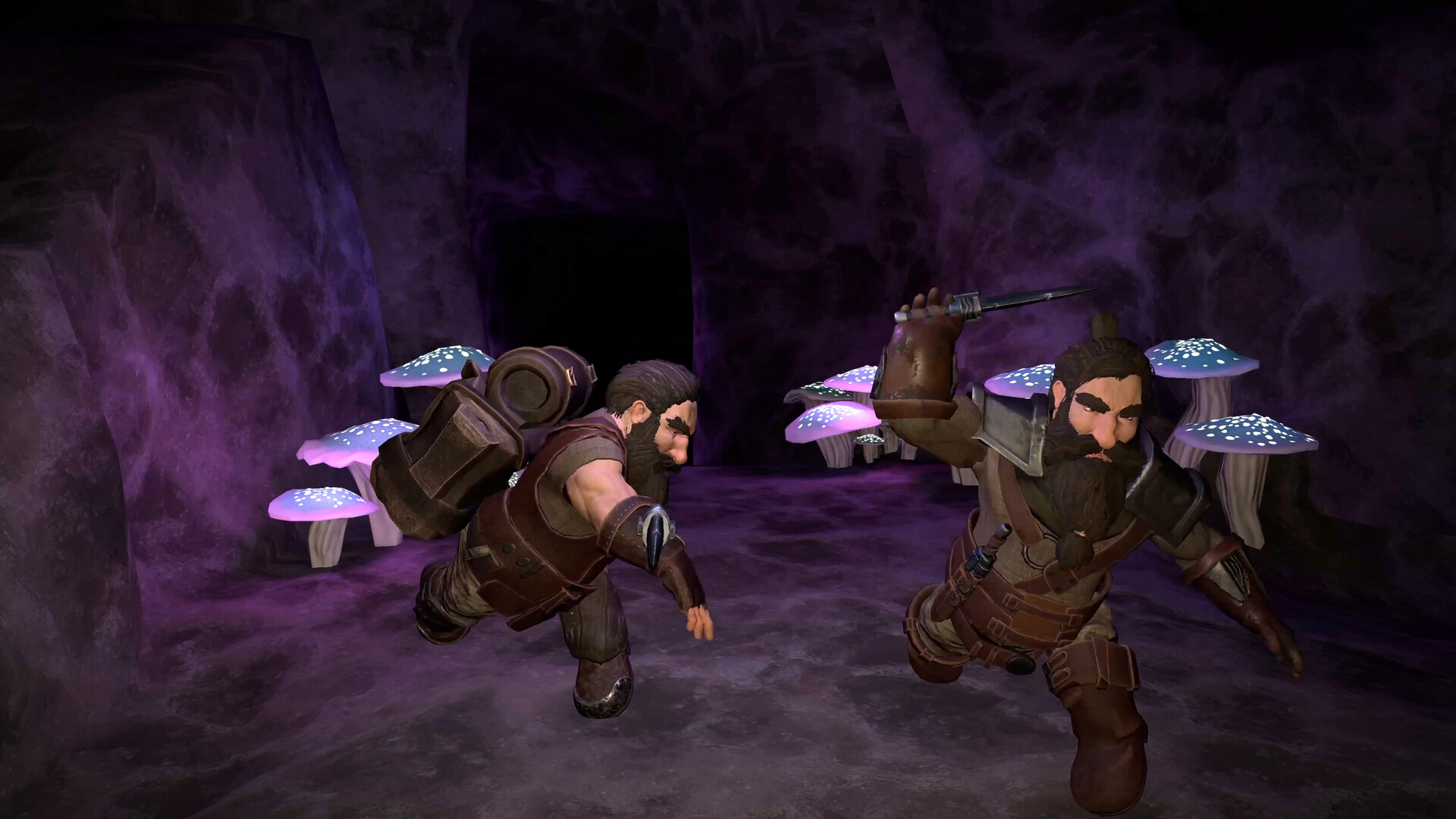 A 47-year-old video game classic is remade by the 69-year-old Roberta Williams, in what may be the most retro game release ever seen.

If you know what Colossal Cave is then there’s only two possibilities: you’re a student of video game history, that really knows your stuff, or you’re old. The game first became available in 1976 and assuming you would’ve had to be a student at the time to play it, because home computers didn’t exist then, you’d be in your mid-60s by now. That’s fine, there should be video games for everyone, but it does mean this remake has a very specific audience.

If you don’t know what Colossal Cave is, it’s impossible to underestimate its influence. Made at a time when the concept of video games barely existed, Colossal Cave allowed for a level of interactivity with the environment which, while portrayed only via text, would set the groundwork for almost everything we take for granted in modern gaming – especially anything that isn’t just a straight action game.

Apart from anything, Colossal Cave was the first text adventure, a genre whose only connection to the modern world is visual novels and indie titles such as Roadwarden. The original game has no graphics whatsoever and your only interaction with the world is typing in commands such as ‘GO SOUTH’ or ‘TAKE LAMP’. The draw of this remake is that it recreates all that visually, while keeping the gameplay exactly the same. It’s clearly been made with a lot of love and respect, but how much it really achieves is open to debate.

Since it wasn’t a commercial product, the original game went through many iterations, from various different people, and while few would’ve played it on a mainframe, when it was called Colossal Cave Adventure, you don’t have to own a bus pass to have experienced later versions, such as 1981’s Microsoft Adventure – the first video game they ever published. Or there’s Atari 2600 game Adventure, which was an unofficial attempt to create a graphical version and almost equally influential in its own right.

To add to the remake’s retro credentials it’s been developed by Roberta Williams, who has emerged out of retirement just for the occasion. She and her husband Ken were the founders of Sierra On-Line, famed for its pre-Lucasfilm graphic adventures. Roberta was the more prolific game designer of the two and worked on the seminal King’s Quest franchise and interactive movie Phantasmagoria.

The original Colossal Cave Adventure was, understandably, a huge influence on her career, which explains why, at the age of 69, she and her husband have chosen this as their comeback project. The remake allows for full 3D movement, as locations that were previously only described in economical but eloquent prose are now portrayed using modern graphics. Or at least that’s the intention, in reality the visuals are at least 15 years away from anything that could be considered state-of-the-art.

That’s understandable given the small niche the game is trying to appeal to, and the equally small budget that implies, but the graphics being so unimpressive immediately removes most of the remake’s reason for existing.

It’s a shame, because the way the remake works shows such obvious love for the original version(s) it’s almost possible to forgive it for how it looks. The text is all still there, just now it’s read by an optional narrator. That’s a neat touch but it only underlines how imaginative and fantastical the original descriptions were and how mundane and unimpressive their visual rendering is.

The flowery descriptions of an underground volcano, deep in the heart of the cave system, should translate into something equivalent to the fiery ending of The Northman, or at least Return Of The King. Here, though, the lava effects look like a bad tech demo for a 2000s era graphic card. It’s like reading the description in a lavish holiday brochure and instead being presented with the grim realities of a rainy fortnight in Morcombe.

The visuals are just a question of budget but their limitations create other more tangible problems, most obviously the fact that it’s very hard to spot interactive objects, especially as Colossal Cave Adventure never had very many in the first place. Whereas the text makes it a lot easier to tell, or at least guess, when there’s something you can use, the same locations in the remake are filled with background details that look like something you should be able to pick up but can’t.

Other elements simply haven’t aged well and are the sort of thing that any modern sequel or equivalent would iron out. Instant and unavoidable death can come without warning from dwarves that suddenly pop up out of the ground, while the mazes were considered frustrating and annoying even at the time and are not improved by the fact that you can at least see them now.

On the plus side, most of the puzzles stand up impressively well. The logic of adventure games has always been extremely difficult to get right but Colossal Cave nailed it the first time out and has much to teach modern games, that think pulling a switch or following a clear set of instructions counts as a puzzle. The subtle signposting in the text is especially clever and consulting the narrator, after an initial visual recce comes up blank, is the one time the remake’s mix of prose and graphics makes mechanical sense.

Inevitably, it’s far more interesting to delve into the history of Colossal Cave Adventure, and Roberta Williams, than it is to play the remake. The source code for the original is right here, so rather than waste time with this flawed reimagining we recommend spending a happy afternoon researching one of gaming’s most influential titles and let the world of Colossal Cave remain in your imagination.

In Short: A misguided attempt to recreate one of gaming’s oldest and most influential classics, that’s let down by outdated visuals and prehistoric gameplay elements.

Pros: The old text is still a wonder of economy and subtle signposting, and the puzzles are mostly very good. It’s nice to know the Williams are still going.

Cons: The whole concept just doesn’t work with such poor graphics, especially given how hard it is to pick out interactive objects. Irritating dwarves and mazes. Very expensive.