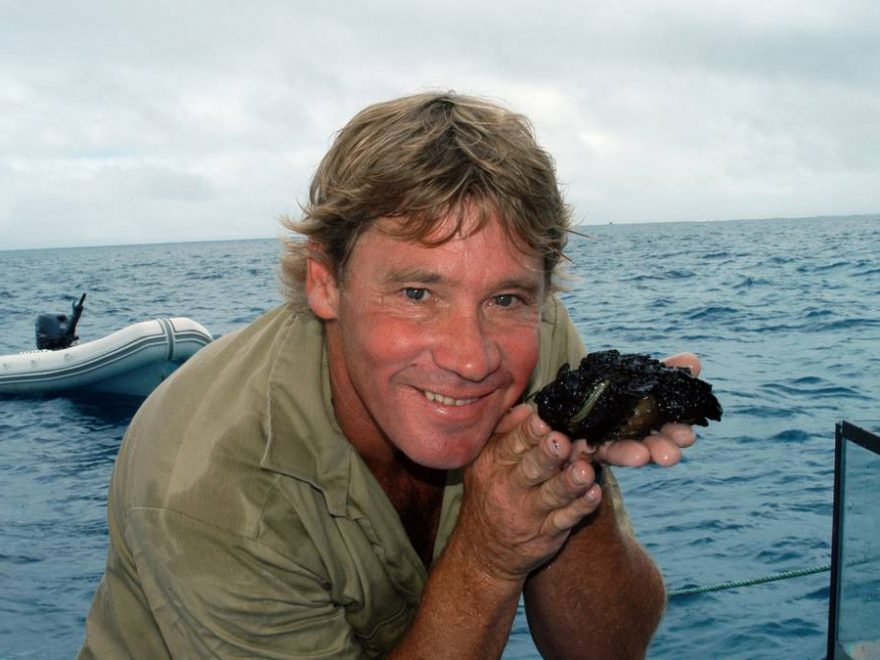 Crikey! Seems like a film about the crocodile hunter Steve Irwin himself could finally be happening.

Fifteen years after the Aussie legend’s death, it’s now been reported that an untitled biopic is “gaining momentum” in Hollywood, with major studios and A-list actors showing interest in the project, reports Metro UK.

Irwin died in 2006 at just 44 after being pierced by a stingray while filming a wildlife doco in Queensland. An outpouring of grief followed his death as he’d gained a loyal international following.

Australian magazine Woman’s Day revealed Hollywood insiders said movie executives are drawn to the project due to Irwin’s popularity in the US – that’s where he was known for his Animal Planet TV show.

His widow Terri and daughter Bindi are said to be “in discussions” about the film.

A source told Woman’s Day, “There’s no way this project can go ahead without Terri and Bindi involved every step of the way.

“Steve’s international appeal, particularly to Americans, can’t be ignored and this isn’t the first time a project like this has been presented to them. This time, however, any script that can be filmed Down Under is automatically top of the pile right now – and Hollywood bosses love Steve’s life story.

“He was saving lizards when he was 6! And while his story may have ended too soon, there’s a real sense of closure now with how Bindi and Bob have taken up his legacy.”

The big question is, who will be cast in the role? They’re big boots to fill – and according to 7News, both Chris Hemsworth and Russell Crowe have been tipped as potential candidates.

But since the plot is reportedly set to follow Irwin’s life as the son of a zookeeper growing up in the 70s, both Crowe and Hemsworth could be too old for the role.

It’s rumoured Terri Irwin would like former Home and Away star Lincoln Lewis to play him.

Lewis even responded to the rumours on Twitter, saying he would be honoured to play the croc hunter.

“Steve has always been a massive hero of mine & I’ve always said if I’m ever lucky enough to portray someone, the dream would be the great Steve Irwin!” he wrote.

“Fingers crossed I’ll get an audition.”

The end of the film will reportedly feature real footage of the Irwin family as they are now.