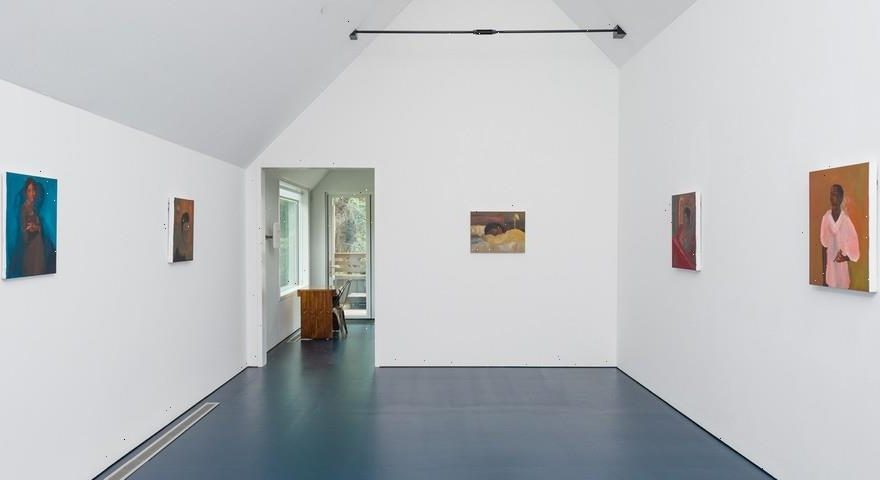 The exhibition spotlights McKinney’s observation of human life and feeling, presenting intimate portraits that depict women performing rituals and in various moments of contemplation. Often set in domestic spaces, McKinney’s female protagonists demonstrate her own acute female gaze. Their minimalistic renderings are influenced by classic elements of painting and image-making, indicative of the artist’s formal training in photography at Atlanta College of the Arts and Parsons.

“Mckinney employs from her experiences as a photographer in the darkroom, building up her compositions from a background of black paint to intensify the depth and vibrance of the scenes,” the gallery’s press release reads. “Her paintings evoke a sense of timelessness, recalling art historical references and an imbedded canon of portraiture.”

McKinney lives and works in Jersey City, New Jersey, and her work has also been shown throughout New York at the Fortnight Institute, Half Gallery and FLAG Art Foundation.

In other art news, Daniel Arsham has partnered with StockX to create a scholarship fund.
Source: Read Full Article