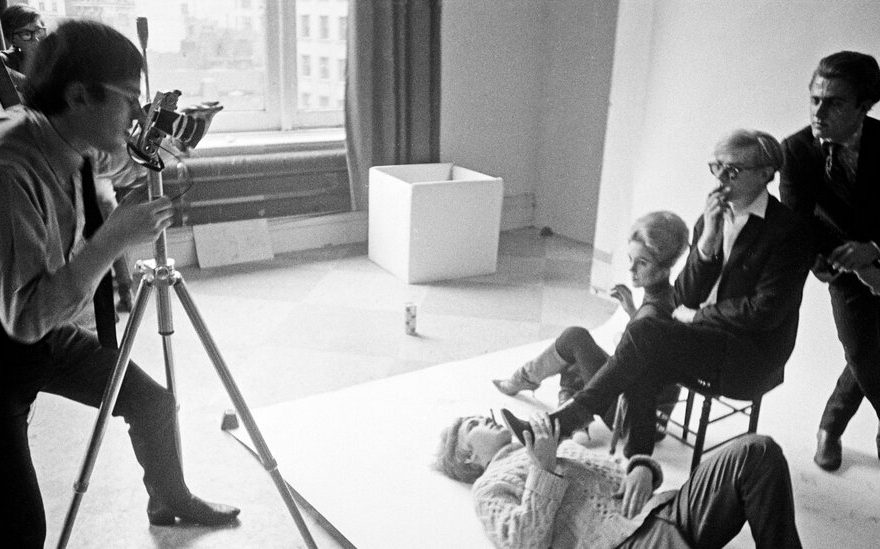 David McCabe, a photographer who was given the assignment of a lifetime in 1964 when Andy Warhol hired him to follow him around New York and chronicle his exploits for a year, thereby participating in the manufacturing of Warhol’s public image and the enduring myth of downtown New York, died on Feb. 26 at a hospital in Albany, N.Y. He was 80.

His wife, Susan Cipolla, said the cause was lung cancer.

When Mr. McCabe arrived in New York in 1960, he was a 20-year-old art school graduate fresh from England. He got a room at the Y.M.C.A., began working as a photo assistant, and started shooting fashion editorials for magazines like Glamour and Mademoiselle. Four years later, Warhol noticed the young photographer’s work and asked to meet him at the Factory, his silver-foil-lined studio on East 47th Street, for a job interview of sorts.

Warhol wanted to hire a personal photographer to document his cavorting at parties and gallery openings around town. He wanted, in other words, someone to document him engaging in the performance of being Andy Warhol.

“I didn’t even know who Andy Warhol was,” Mr. McCabe said in a 2011 interview with the website The Arts Desk. “At that time he had a certain notoriety in Manhattan, but he wasn’t famous in the way he would later become. All that changed in the year I spent photographing him.”

Mr. McCabe shot thousands of black-and-white images that captured Warhol’s self-designed mythology in the making. His photographs chronicled the glamorous downtown New York universe that the artist was manipulating into existence, complete with its own eccentric personalities and tabloid-worthy dramas. They documented a subversive and alluring notion of artistic life in that young people still flock to the city to seek the fumes of to this day.

In a noirish photograph, Warhol lights a cigarette at a nightclub for the Factory starlet Edie Sedgwick. In another, Warhol is painting a canvas at the Factory with Gerard Malanga, his longtime assistant, while members of his carefully curated entourage dance about nearby. At the St. Regis hotel, Mr. McCabe snapped Warhol drinking wine with Salvador Dalí, who was playing opera music so loudly that his room was shaking.

“David worked in a very quiet way,” Mr. Malanga said in a phone interview. “He wasn’t in your face.” He recalled when Mr. McCabe visited the filming of Warhol’s 1965 film “Kitchen” at a loft on Spring Street. “Occasionally David would appear in the movie with a camera just to take a couple close-ups and get the shot he wanted.”

Mr. McCabe approached his assignment with the discipline of a photojournalist. He rarely got sucked into the hedonism of the Factory party. Equipped with his Rolleiflex, he would meet up with Warhol around 5 p.m. before they headed out for the night. Afterward, they hardly communicated for the duration of the evening.

“He would be talking to Richard Avedon, and I’d be looking around, milling in with the crowd,” Mr. McCabe said in an interview with the British magazine Dazed last year. “Andy would look up, give me the look, and I would shoot as I walked past.”

“The only stipulation Andy had of me was, ‘Please don’t use the flash,’” he added. “He didn’t want it to be obvious that he had his own photographer.”

Mr. McCabe’s lens sometimes glimpsed moments that revealed Warhol’s interior life — moments that gave some sense of Andrew Warhola, who had moved to New York from Pittsburgh in his 20s before promptly commencing his reinvention.

After they visited Robert Rauschenberg at his studio, Warhol confided to Mr. McCabe, “David, my studio is much bigger than Rauschenberg’s.”

That winter, Warhol invited Mr. McCabe to take photos of him at the architect Philip Johnson’s Glass House in Connecticut. Upon arriving, he couldn’t find Warhol, so he wandered the premises until he came across a guesthouse. 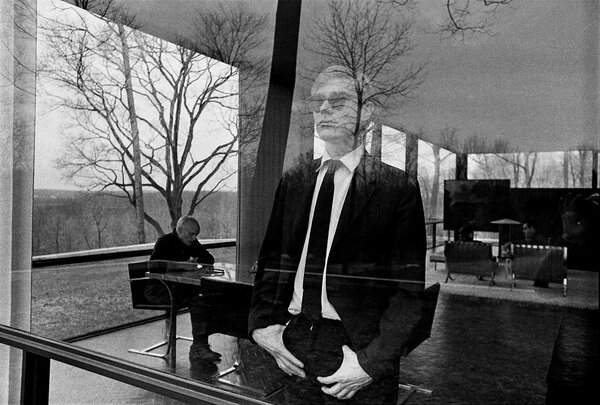 “As I was walking past I glanced in and there’s Andy, who saw me, and sits up in bed, grabs his sunglasses and puts them on,” Mr. McCabe said in a short film produced for the Glass House. “Then I notice fingers and a face appearing at the bottom of the sill. And I realize, Andy is not alone. There’s someone in the room with him. And I hesitated. ‘This is an invasion of privacy.’ But, I thought: ‘Screw it. I’ll shoot it.’ So I took one shot and then quickly walked away. It turned out to be David Whitney,” the art collector.

Mr. McCabe’s Warhol assignment ended in 1965. By that point, he was enjoying success with his fashion and commercial photography and Warhol’s fame was spreading far past New York. In the end, Warhol did nothing with the photos he commissioned.

“When he first saw them he found them perhaps too revealing,” Mr. McCabe told The Arts Desk. “A friend of mine who worked for him said he would spend hours poring over the contact sheets with a magnifying glass — not to choose an image, but to study the way he was presenting himself to the world.

“At the beginning of the year he was very smiley and open, very normal. By the end, he had his sunglasses on — he’d adopted this mysterious, noncommunicative persona.”

Mr. McCabe, for that matter, also did nothing with the photographs.

“They went into a file drawer in my studio and sat there for 40 years or so,” he said. “I just forgot about them. On some occasions they almost got thrown out.”

Around 2000, the Andy Warhol Museum heard that Mr. McCabe was sitting on a trove of unseen photographs of the artist, who died in 1987. What resulted was “A Year in the Life of Andy Warhol,” published by Phaidon in 2003, which printed his images for the first time.

“I was just an aspiring photographer, and all of these people were pretty strange to me,” Mr. McCabe told Dazed. “I’m a lad from Leicester, and here I get thrown into this incredible, crazy bunch of people.”

David Edward McCabe was born on Nov. 14, 1940, in Leicestershire, England. His father, Leslie, left home when David was an infant to fight in the Battle of El Alamein in North Africa. His mother, Phyllis (Hancock) McCabe, was a homemaker. The family had thought his father died during the war, but he returned home when David was 6.

David’s first camera was a Brownie, and an early photograph he took was of a model airplane he stuffed a firecracker into and threw into the air as it was about to explode.

Mr. McCabe studied photography at the Leicester Colleges of Art and Technology in the late 1950s and then moved to London to help manage a photo studio. His employer sent him to New York for training, but Mr. McCabe took to the city and decided to stay. He worked as an assistant to the photographer and art director Alexey Brodovitch and began shooting for Condé Nast fashion magazines.

After Mr. McCabe parted ways with Warhol in 1965, he worked for clients like Harper’s Bazaar, Marlboro and Neiman Marcus. In 1999, he married Susan Cipolla, a fashion stylist. In 2003, he sold his home in Sag Harbor and eventually moved to Rensselaerville, N.Y., with his family. He later became serious about landscape photography.

In addition to his wife, he is survived by a brother, Robert; a daughter, Lily McCabe; a son, Mathew; and two grandchildren. A previous marriage, to Christine Scott, ended in divorce.

Mr. McCabe didn’t stay in touch with Warhol, but shortly before Warhol’s death, Mr. McCabe encountered him waiting for an elevator on the Upper West Side. The two men hadn’t seen each other in 20 years. Warhol looked at Mr. McCabe and said, “Hi, David.”

“I was no longer a skinny Englishman with hair,” Mr. McCabe told Dazed. “But he still recognized me. I was really surprised by that, and impressed. Of all the people in the world that Andy knew, I didn’t realize I actually meant anything to him.”