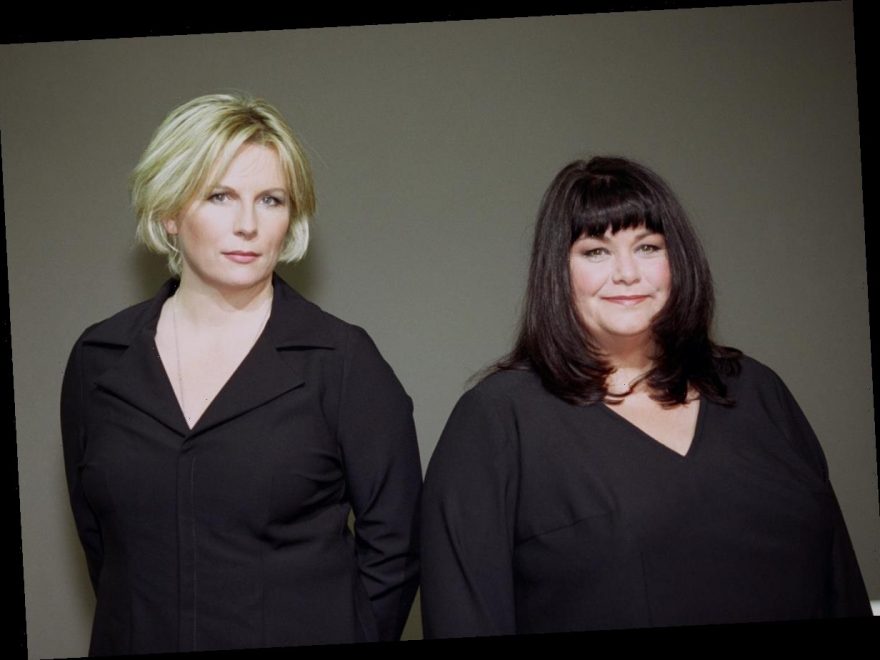 Titting About will see the comedy duo tackle an assortment of hilarious topics.

The BAFTA award-winning double-act Dawn French and Jennifer Saunders have reunited for a brand new podcast. Titled French and Saunders: Titting About, the six-episode podcast sees the comedy duo discuss a range of assorted topics, all of which are presented in their typically irreverent style fans have come to know and love.

As the Radio Times reports, the Amazon Audible series will provide a string of hilarious personal anecdotes and outlandish viewpoints, all while covering themes such as passions and hobbies, school, the seven deadly sins, food trivia, and their own careers.

"Titting About with Fatty is the best fun I’ve had without my incontinence pants on. Which, on reflection, was a mistake. Some soft furnishings were damaged in the making of this series," French said of the new series, whilst co-host Saunders added: "I can’t imagine anything I’d rather be doing than titting about with Dawn. We both have tits, after all."

French and Saunders: Titting About will be available to download exclusively from Audible as of Tuesday, October 6, and is the latest addition to the platform’s comedy output, which also includes Steve Coogan’s From the Oasthouse: The Alan Partridge Podcast, The Kurupt FM Podkast hosted by the cast of BBC Three’s People Just Do Nothing, and more.

The podcast follows a rich history of collaborations between the pair, which began when French and Saunders first met at the Royal Central School of Speech and Drama. As Digital Spy reports, the duo went onto land their very own BBC sketch show, which aired for six series between 1987 and 2004 — and later enjoyed hugely successful solo careers in comedy classics such as The Vicar of Dibley and Absolutely Fabulous.

French and Saunders: Titting About is available to download via Audible on Tuesday, October 6.