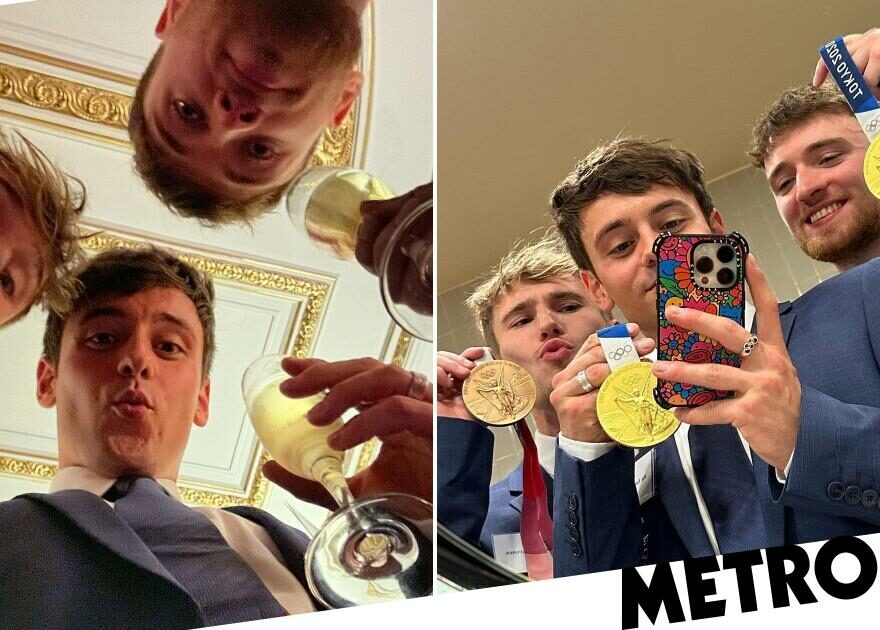 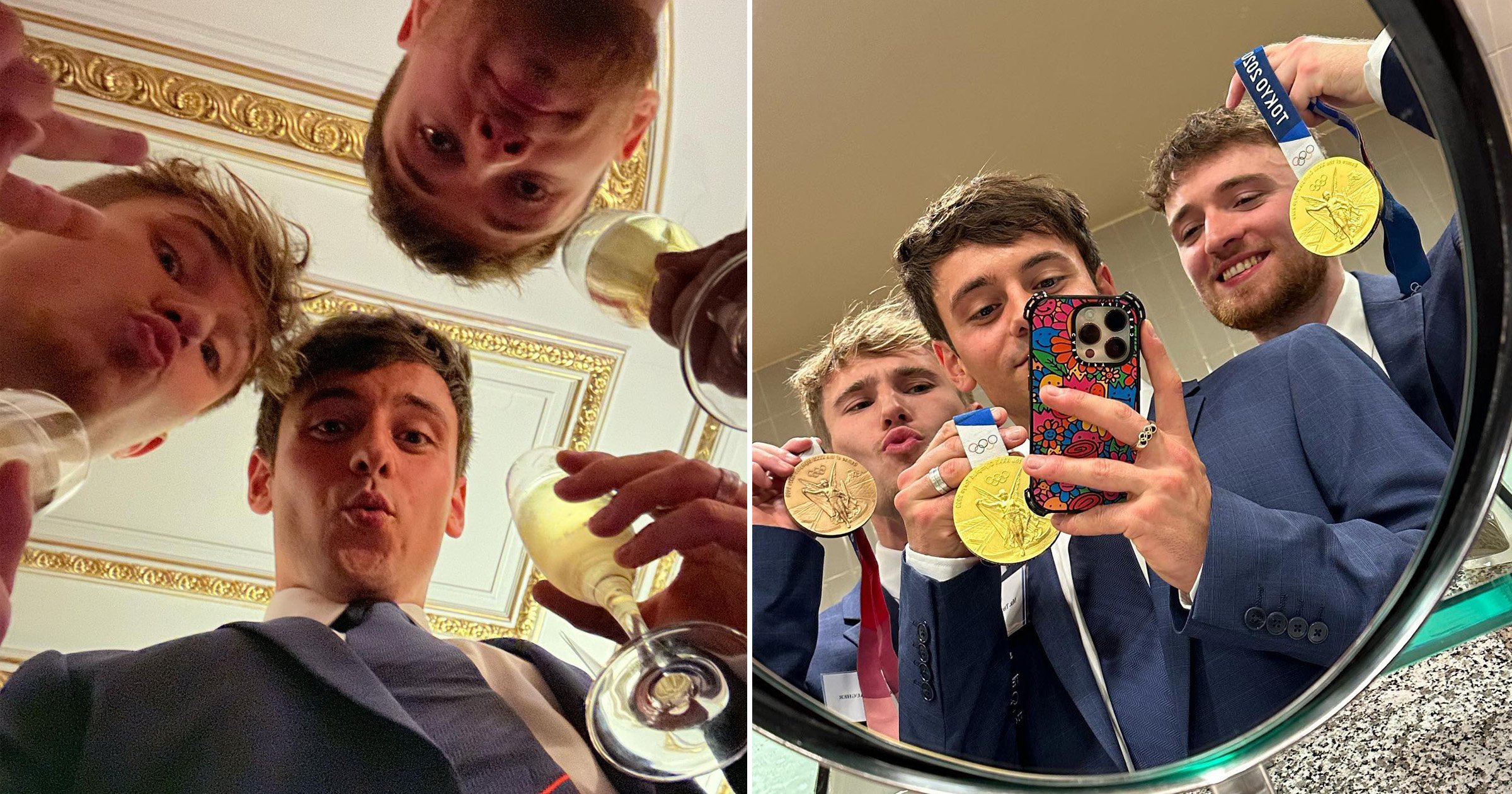 Tom Daley may have broken Buckingham Palace no-picture protocol after snapping selfies with fellow divers in a reception room and toilets on Wednesday.

The Olympic gold medallist was attending a reception at the royal residence when he may have breached official rules that ban guests from taking pictures inside the rooms of Buckingham Palace.

Held in honour of Olympians and Paralympians, the reception was hosted by the King and Queen Consort and had a guest list of 200 Team GB medalists from the Tokyo Olympics and Paralympics 2020 and the Beijing Winter Games 2022.

Posing with teammates and divers Matthew Lee and Jack Laugher, the trio used the iconic location for an impromptu selfie photoshoot.

Champagne flutes in hand, they can be seen crowding over a low-held phone pouting for a picture to capture the moment.

With no context given, it is hard to pinpoint where the image was taken, however, earlier in the night the 28-year-old was officially photographed with the King in the grand entrance of the building.

Detailing on the ceiling gives it away and suggests the gold accents are in the same room as the initial gathering was held.

One selfie wasn’t enough, however, as the divers swapped positions and snapped away in the mirror of the bathrooms, holding up gold medals galore.

As per the Royal Collection Trust website rules: ‘Strictly no photography or filming at all is permitted inside the State Rooms.’

In fact phones in general are better left at home when invited to step foot inside the British institution: ‘Out of consideration to other visitors, we ask that you refrain from making or answering phone calls inside the State Rooms.’

But, the entire property isn’t a no-go zone where cameras are concerned, as guests are encouraged to take shots of the palace gardens.

Not the first athlete that attempted to document their visit, Tom’s latest mishap is proceeded by fellow sporting star David Beckham.

The former professional footballer caused a stir after pictures of his daughter enjoying a tea party held by the Duchess of York at the palace, surfaced on his accounts.

Met with disapproval from royal officials, it was an image of David with Princess Eugenie inside Andrew’s private office that cemented the ill feelings towards wayward photographers inside Buck House.