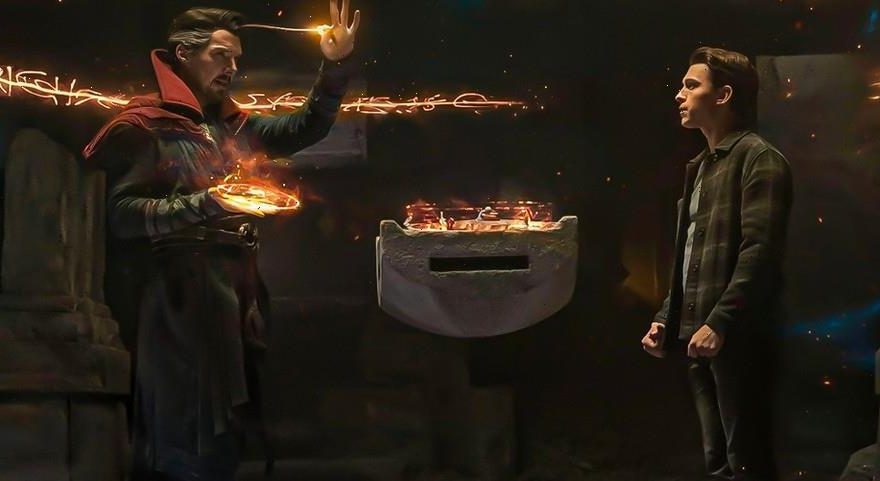 Following the official release of the first trailer for Spider-Man: No Way Home, we now have an in-depth look at the Easter eggs and details that you might have missed. Reportedly centered around the first 30 minutes of the film, the first look from Marvel Studios offered fans a peek at the action and conflict in the follow-up Spider-Man: Far from Home. But included in the three-minute trailer are teasers of what to expect both in the film and in the Marvel Cinematic Universe.

Following the reveal of his identity, Peter Parker looks to be apprehended by the authority which is the Department of Damage Control, the same authorities that deal with the Avenger’s messes in Spider-Man: Homecoming. Becoming a public enemy, Peter is vilified by the city he protects with many comparing him to the devil which could be foreshadowing for the devil-like tempter character from the Marvel Universe, Mephisto. Doctor Strange‘s appearances reveal a snow-ridden Sanctum Sanctorum and interestingly the Sorcerer Supreme wearing the Eye of Agamotto, despite the Time Stone being destroyed.

Aside from teasers of Doctor Octopus, Sandman, Electro and the Green Goblin, many also believe that Charlie Cox’s Matt Murdock/Daredevil character from the Netflix series will also be appearing in Spider-Man: No Way Home as Peter’s defense attorney.

Catch all the Easter eggs and details that you might have missed in the first Spider-Man: No Way Home trailer above.