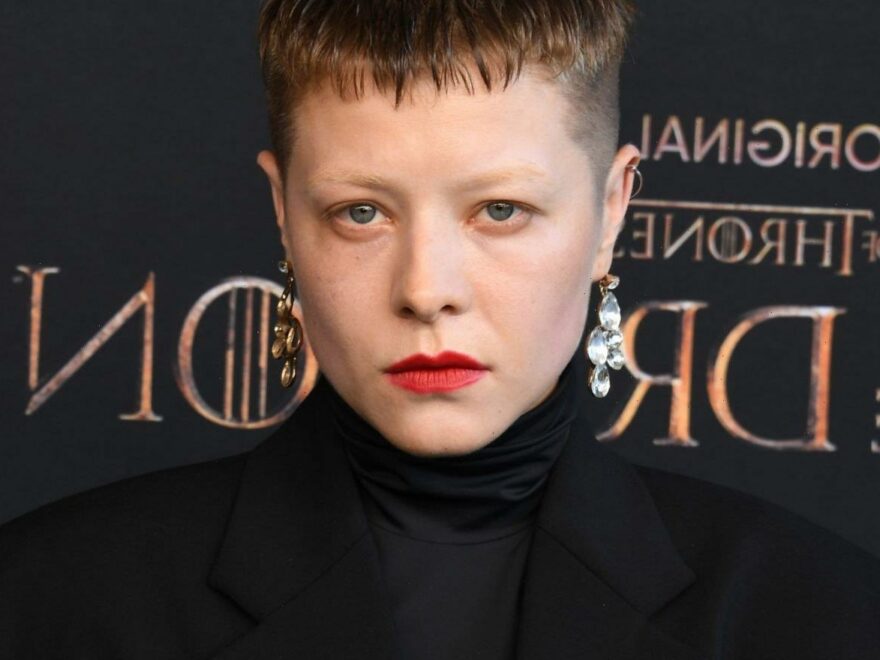 The cast of the hotly anticipated Game Of Thrones prequel, House Of The Dragon, revealed plenty of behind-the-scenes gossip at the series premiere in Los Angeles.

We are one step closer to getting a glimpse of Game Of Thrones’ hotly anticipated prequel, as the cast of House Of The Dragon cast gave some revealing interviews at the show’s premiere.

Rumours about the new series have been swirling ever since it was announced that it would be based on extracts of George RR Martin’s 2018 novel Fire & Blood, following familial in-fighting in the House Targaryen and the lead-up to a civil war that took place 300 years before the events portrayed in Game Of Thrones.

Crucial cast members arrived at the premier in Los Angeles on Wednesday to introduce us to this new ancient world, including Paddy Considine, who plays King Viserys I Targaryen, the fifth King of the Seven Kingdoms; Emma D’Arcy, who portrays his first daughter, Princess Rhaenyra Targaryen; Matt Smith, who plays Rhaenyra’s feuding uncle, Prince Daemon Targaryen; and Olivia Cooke, who plays Lady Alicent Hightower, part of the King’s inner circle.

Details are still vague about what we can expect from the series. A full-length trailer released this summer showed shots of epic battles, flying dragons and nodded to the central conflict of the series: a bloody battle for the Iron Throne, which plays out between Prince and Princess Targaryen, with Rhaenyra ready to upset the traditional order and get a woman on the Iron Throne for the first time.

Crucial cast members arrived a the premier in Los Angeles on Wednesday to introduce us to this new ancient world.

On the red carpet, the actors also revealed some behind-the-scenes gossip from the making of the show. Cooke let slip that Considine was just as possessive about the Iron Throne off-screen as his character the King. “As soon as I saw the Iron Throne in rehearsals, I ran straight up to it and plonked my ass on it. But on set, Paddy was quite territorial, so when he wasn’t looking I’d do a quick [sit],’ she told the Hollywood Reporter.

Cooke also revealed that she and D’Arcy had texted and spoken to Game Of Thrones cast members Maisie Williams and Emilia Clarke to help them get into character.

But, it was D’Arcy who gave one of the most memorable quotes of the night. When they were asked to sum up House Of The Dragon in three words, they told Entertainment Tonight: “Two bloody women.” Before adding: “Too many men,” with a laugh.

Martin has previously addressed concerns about the franchise being ‘anti-women’ after questions were raised as to how women will be perceived in House Of The Dragon. In response, Martin said: “I don’t think Westeros is particularly more anti-woman or more misogynistic than real life and what we call history.”

Violence against women has been a large part of the fantasy world, however, and House Of The Dragon showrunners have revealed that it won’t be shied away from in the new series. Showrunners for the new series, Miguel Sapochnik and Ryan Condal, told The Hollywood Reporter: “If anything, we’re going to shine a light on that aspect. You can’t ignore the violence that was perpetrated on women by men in that time. It shouldn’t be downplayed and it shouldn’t be glorified.”

We’ll have to wait and see what we’re in store for once the series airs, but we’re excited to see D’Arcy and Cooke portray some much-needed powerful women in the show.

House Of The Dragon premieres on Monday 22 August on Sky Atlantic and streaming service Now, with episodes being released weekly.