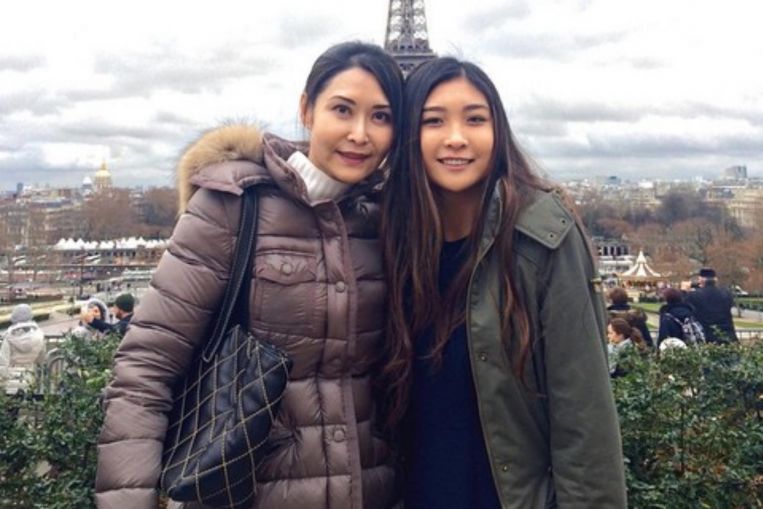 Former Hong Kong sex bomb actress Veronica Yip has been out of the limelight for some time, but her daughter gained attention over the weekend after she posted sexy photos of herself on social media.

Yip, now 53, is known for Category 3 films such as Take Me and Hidden Desire in the early 1990s. She left the industry and moved to the United States after she married Chinese-American grocery tycoon Jeffrey Wu in 1996.

The couple have one daughter and two sons.

Their daughter Victoria Wu, 21, posted a photo of herself in bikini on Saturday (Sept 19) with the caption: “Pretending it’s summer while I still can.”

Some netizens commented that she looked just like her mother.

Yip, the second runner-up in the Miss Asia Pageant in 1985, grabbed headlines in July after her husband filed for bankruptcy and applied to put three of his companies in administration.

However, she said it did not affect their lifestyle much as they continued to live in their luxury home in New York.