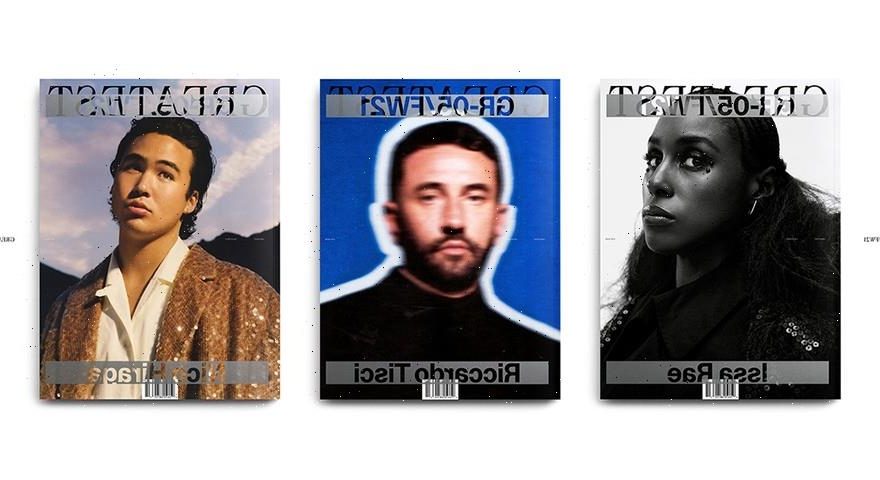 Since 2018, GOAT Group has been rolling out new issues of GREATEST Magazine which focuses on individuals that are driving pop culture forward. For Fall 2021, the LA-based entity has just announced the release of “Issue 05” which has three independent covers. This time around, GREATEST has tapped award-winning actress Issa Rae, fashion designer and Chief Creative Officer of Burberry Ricardo Tisci and pro skater and actor Nico Hiraga.

Timing couldn’t have been more perfect to have these certain industry icons highlighted as Rae’s popular Insecure show on HBO just kicked off its fifth and final season, Burberry is in the midst of rolling out its Fall/Winter 2021 season and Hiraga’s name is starting to become more recognized for his appearances in Booksmart and Moxie.

This newest issue features 10 interviews with influential individuals who are well-versed and generating waves within the entertainment, modern luxury and skate culture spaces. Exclusive works from Peter De Potter, a collaborator of Kanye West and Stephen Tayo, a photographer known for documenting the creative uprise of Nigeria are also included in the issue along with interviews with Whitney Peak, Jordan Seamón, Lancey Foux and more.

“We are thrilled to reintroduce GREATEST to our global community,” said Sen Sugano, Chief Brand Officer of GOAT Group. “While the magazine has evolved physically and digitally, it is still a platform for creatives from around the world to inspire the next generation. In the latest issue, we feature unique perspectives of life before, during and after lockdown, capturing the beauty found in transformation.”