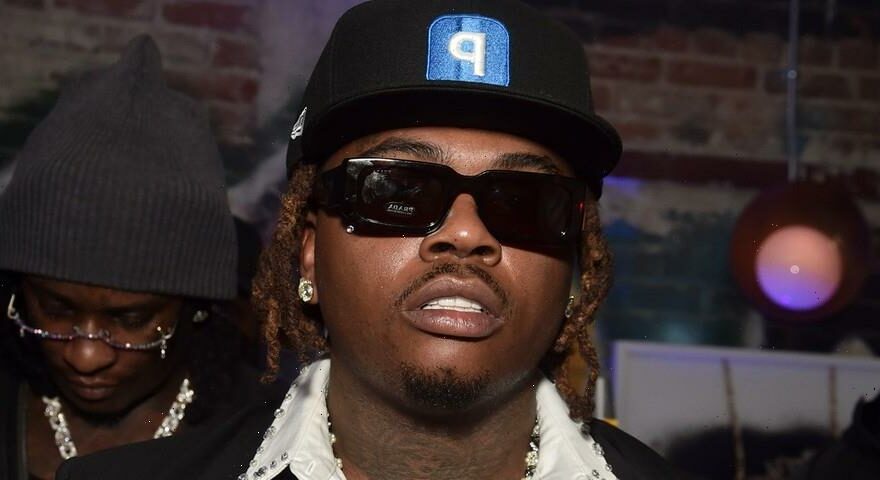 Gunna on Wednesday delivered a self-directed video for his Valentine’s Day single “Banking On Me.”

Produced by Metro Boomin and Peter Lee Johnson, the love-on-the-brain track sees the rapper drop bars about a special love interest. “She bankin’ on me, I’m the bank (Bank) / I smack her, she love to get spanked (Get spanked),” he raps. “I tackle her, bitch love to wrestle (To wrestle) / Young bachelor, we love to play.”

In January, Gunna released his latest full-length effort, DS4EVER, which opened at No. 1 on the Billboard 200 albums chart. The album features 19 tracks and a sizable roster of guest appearances that includes Young Thug on “Mop,” 21 Savage on “Thought I Was Playing,” Drake on “Pussy Power,” Kodak Black on “How You Did That,” Lil Baby on “25K Jacket,” Future on “Too Easy,” G Herbo on “10K That Bitch,” Roddy Ricch on “Miss Me Remix” and more.

The “Banking On Me” video arrives following the rapper’s first public statement in regards to his current incarceration on RICO Act violation charges.

Gunna was arrested in May in a large RICO indictment against the rapper and 27 additional individuals tied to the alleged Young Slime Life gang, including Young Thug. Gunna was denied bond by a judge after pleading not guilty to one charge of anti-racketeering in light of prosectors’ claims that he was in a “command position” in Young Slime Life. His trial is scheduled to commence on January 9, 2023.

“For now, I don’t have my freedom. But I am innocent. I am being falsely accused and will never stop fighting to clear my name,” he wrote in a statement posted to Instagram, later adding, “As a Black Man in America, it seems as though my art is only acceptable when I’m a source of entertainment for the masses. My art is not allowed to stand alone as entertainment, I’m not allowed that freedom as a Black Man in America.”

Watch Gunna’s “Banking On Me” video above.