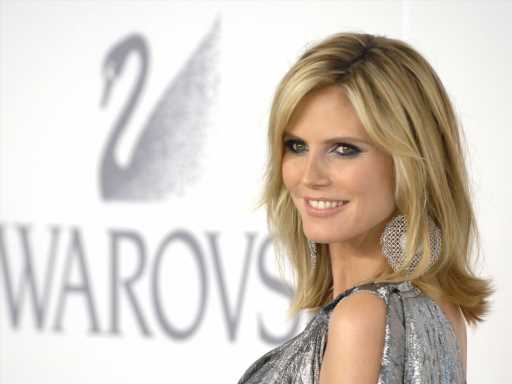 Heidi Klum does it again! She’s kicking off the week with her latest nearly nude photo that’s also a throwback from a magazine shoot she did when she was 36 years old. It doesn’t matter that almost 12 years have passed since this image was taken, she looks just as fabulous in 2021.

The black-and-white picture was taken for an Allure magazine spread. (See photo HERE.) The image has her single-handedly grabbing a dumbbell while dressed in a form-fitting bodysuit (aka a wrestler’s singlet) that barely covers her nipples and of course, very practical heels for her workout (we kid). The outfit hugs her curves in all of the right places and the supermodel looks confident in her own skin. But that’s something Klum has talked about for quite a while, claiming she’s “a nudist” at heart. “I’ve never had a problem with my body and I don’t really care what people think,” she told the magazine.

Her attitude over a decade ago mirrors her social media posts now. “Life couldn’t be better – sometimes I have to pinch myself,” she explained to the media outlet, via Fox News. “Because of my job, I learned to be confident, a little earlier than most. People pick you apart when you’re in the public eye – you’re wearing the wrong shoes or you have ugly nail polish on or they’re wondering if you got your boobs done – so you have to be a strong person right away.”

It’s refreshing to see that Klum continues to embrace her body in such a positive way. It’s given her the privilege of being a mom to four kids and also allowed her to have an extraordinary career. So she’s proud to show it off with — and without — clothing.

Before you go, click here to see which other stars got naked on camera.