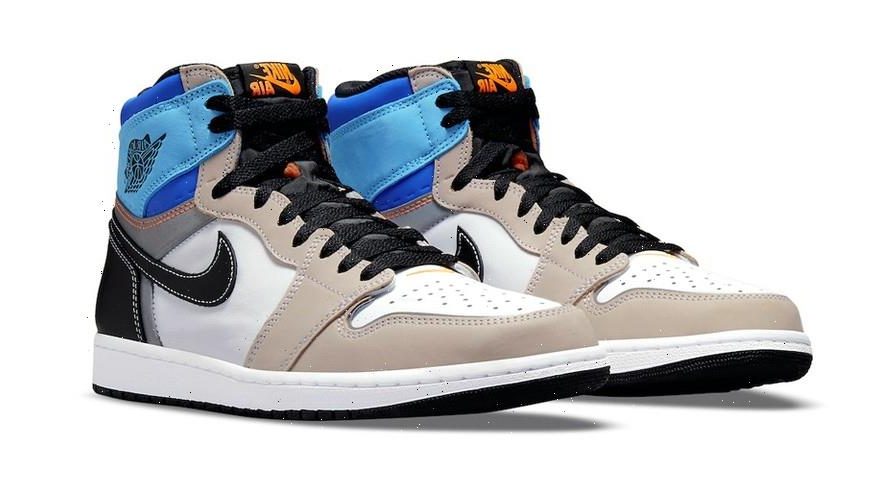 Joining Jordan Brand’s Fall 2021 lineup, the Air Jordan 1 High OG “Prototype” receives a release date right before the leaves turn orange. The Jumpman has followed up with the new design that adds to a slew of colorways prepped for the upcoming season such as the Air Jordan 1 Low “White/Eclipse Bronze” and Air Jordan 4 “Shimmer.”

Announced back in June, the silhouette takes on a colorway that resembles that of the Tune Squad team from the recent Space Jam: A New Legacy film. With a blank white leather base for the toe box and panels, soft two-toned gray nubuck overlays wrap around the uppers while the laces, tongue, main Swoosh and heel prefer a black hue. The perforated collar is supported in sky and electric blue tones as hints of orange pop out from the tongue branding and contrast stitching over the ankle. The “Prototype” offers a unique irreversible option of removing the collar to transform from a high-top to Air Jordan 1 Low for those who’d like to pull off Chris Paul’s DIY Air Jordan 1 “Shattered Backboard 3.0” Lows look.

The Air Jordan 1 High OG “Prototype” will release on September 10 through Nike SNKRS.

For more footwear, take a look at the official images of the Air Jordan 4 “Shimmer.”
Source: Read Full Article