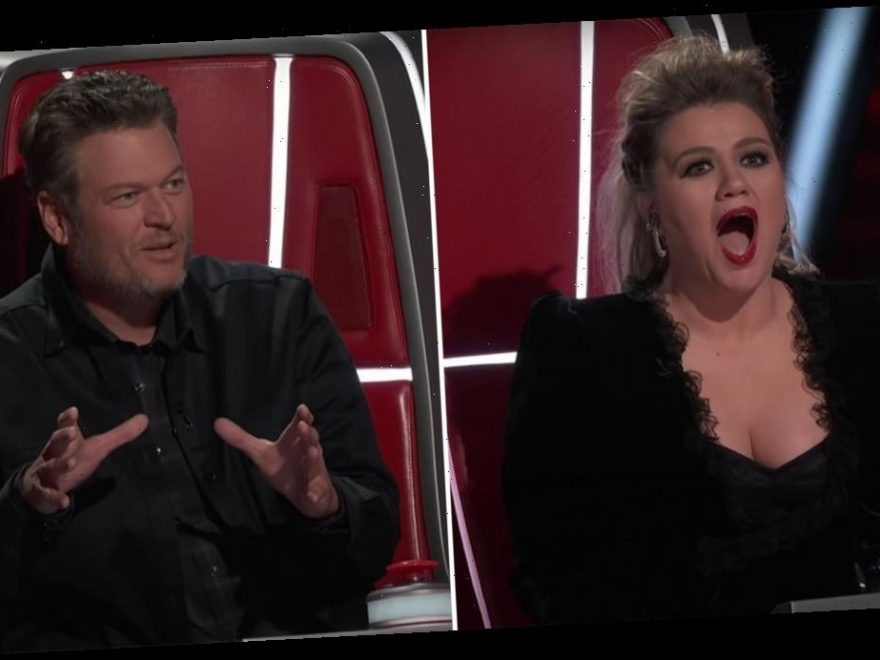 If you’ve ever wondered why Adam Levine is no longer on The Voice, Blake Shelton certainly put his own theories to the test to sway a contestant Keegan Ferrell to his side. During Monday’s episode, after Ferrell finished a rendition of Maroon 5’s “She Will Be Loved,” Kelly Clarkson and Shelton pulled out all the stops to make him the final member of their teams. “First of all, I happen to be buddies with the guy who wrote and sang that song, and I want you to look, for just a second, at this coaching panel,” Shelton stated as Clarkson looked on in shock. “Now I’m not saying that Kelly Clarkson got Adam fired, but . . . he’s gone, and she’s sitting there, OK?”

It didn’t take long for fellow judges John Legend and Nick Jonas to join in on the taunting. “She has a talk show on the network,” Legend added. “This network stands for Nothing But Clarkson, OK? NBC. If Maroon 5 inspires you, I don’t know that I would choose a coach that is their arch-nemesis,” Shelton continued. Despite the team-up, Clarkson got to chime in, “Oh, my God, we toured together!” To which Shelton retorted, “And then you got him fired.” You can see their ridiculous exchange, and Ferrell’s audition, in the full video above.