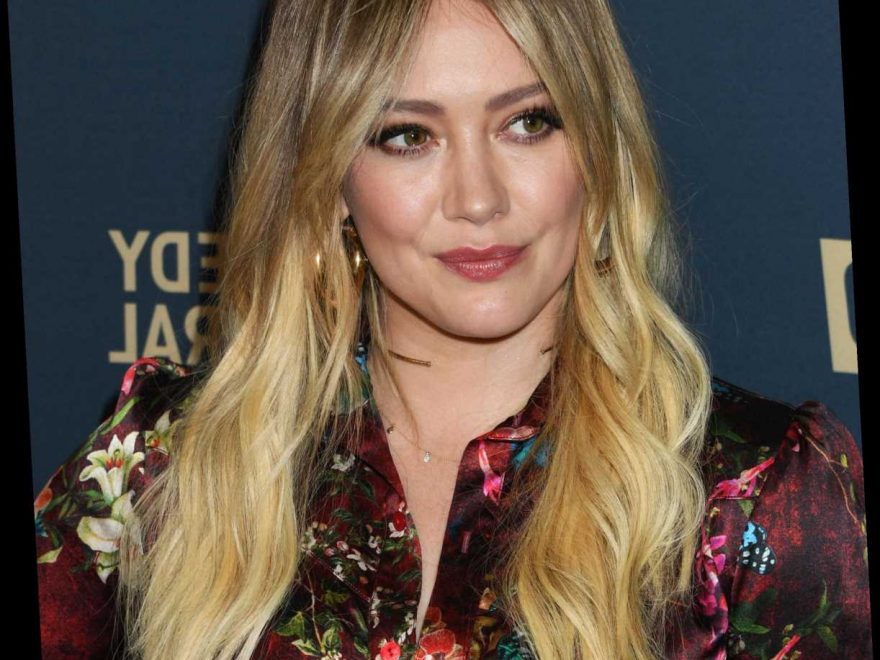 Lockdown clearly has internet trolls reaching for new lows because, over the weekend, Hilary Duff had to make clear that she’s not part of a child sex trafficking ring. Yes, you read that correctly.

If that sounds entirely ludicrous, imagine how the “Lizzie McGuire” star felt when she woke up Saturday morning only to see her name trending on Twitter due to an unhinged conspiracy theory that she tried to traffic her own 8-year-old son, Luca.

It started when a Twitter user shared a clip from Duff’s recent Instagram Stories in which she was sharing a collection of family snapshots taped to a wall that included an entirely innocent photo of her son nude, which she censored with a sticker.

“Someone pointed out on Instagram that I did a nude of him, which I did, so we covered that up with sticker,” Duff said lightheartedly in the video.

That was apparently enough for other people online to concoct a baseless theory ― similar to the bizarre QAnon attacks against Oprah earlier this year ― that Duff is somehow involved in child sex trafficking.

The “Younger” star called the allegation “disgusting” and hit back in a tweet of her own.

“Everyone bored af right now I know..but this is actually disgusting…..,” she wrote on Twitter Saturday morning. “Whoever dreamed this one up and put this garbage into the universe should take a break from their damn phone. Maybe get a hobby.”

And in case that denial wasn’t strong enough, a representative for Duff also rebuked the rumor.

“Let me say this in the strongest terms, this is all a fabricated disgusting internet lie, created and perpetuated by trolls and idiots. Hilary’s own post this morning is all that needs to be said on the matter,” the statement read, per E! News. “Everyone who knows Hilary is fully aware what an amazing mom she is and that requires no further comment. If only people with this much time on their hands used their energy to solve real problems in the world.”

Matthew Koma, Duff’s husband and the father of their 1-year-old daughter Banks, retweeted Duff’s message on his own account.

After she shut down the rumors, Duff’s weekend seemed back on track. Later on Saturday, the entire Duff clan gathered for “distant family photos,” according to her Instagram caption.

“Was nice to have an excuse to get dressed up,” she wrote alongside a photo of herself and Koma, adding that her daughter Banks “says an extra thanks for the lollipops as bribery.”

Duff recently gave her son, whom she shares with ex-husband Mike Comrie, a sweet shoutout on Instagram.

“Ugh…. the skin, the blue eyes, the placement of the freckles, the best part of all is the placement of his heart ♥️ my sweet sweet Luca,” she captioned a photo of her son. “I love you all the way.”