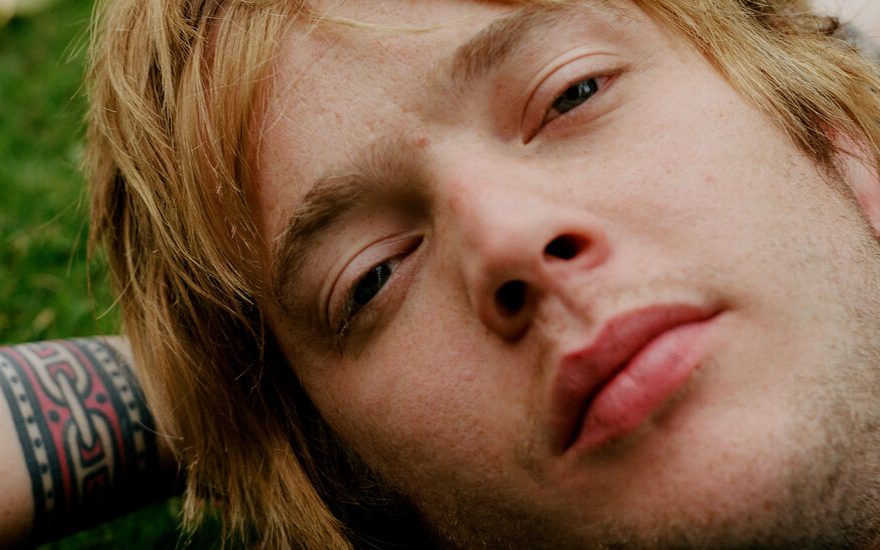 Billy Strings did not know what exactly had given him the hangover from hell. Was it the previous evening’s onstage bottles of beer or post-show cans of wine? The late-night tumblers of whiskey that Strings — then an unsigned 23-year-old bluegrass hot shot — bought to celebrate that profitable night in the summer of 2016? The endless bumps of cocaine?

Barreling down Interstate 85 the next afternoon through suffocating Southern heat, Strings just knew he’d made a mistake. Every 15 minutes, he shuffled outside to vomit until the rest of his band agreed that, if they were going to reach their South Carolina show, they couldn’t stop again. Strings hung his head from a window, streaking the van’s sides with last night’s regret. He swore he’d never again let the partying interfere with the playing. He has yet to take another drink.

“I had decided this music stuff could save my life,” Strings said by phone from a parking lot in Spokane, Wash., lounging in one of his twin buses. “Music was my one opportunity — otherwise, I was going back to being a meth head, overdosing, prison. I was not going to mess this up with booze.”

The guitar, after all, had given Strings purpose since he was a toddler, vying for validation in a home struck by drugs and tragedy. The instrument never betrayed him. In the five years since he vowed never to betray it, Strings has emerged as a premier bluegrass mind for this post-everything era.

On three albums, including the new “Renewal,” which came out last week, he has zigged and zagged between the form’s antediluvian traditions and rapid-fire improvisations that hit like hard bop, all within songs with hooks so sharp that he seems poised for crossover stardom. He may be the only contemporary musician capable of releasing singles with the bluegrass avatar Del McCoury, the country star Luke Combs and the R&B enigma RMR within a six-month span, as he did this year. He remains grateful for the hangover.

“I was raised on raging, partying, playing bluegrass until 3 a.m., but I am trying to create structure. That is hard because of what’s in my blood,” said Strings, 28. “I hate to even call this a career. It’s my life.”

Born William Lee Apostol, Strings grew up in the tiny lake-bound Central Michigan town of Muir, where his childhood seemed an insurmountable obstacle course. His father, Billy, died from a heroin overdose when Strings, his youngest son, was 2. His mother, Debra Apostol, married her first love, Terry Barber, who reared Strings as his own.

As Debra battled depression prompted by her sister’s murder, the couple slid into penury. Their home became an all-hours drug den — “a meth house,” Strings said with a sigh, “with tweakers in my living room smoking meth one day, getting hauled off to prison for 20 years the next.” They were stuck in a small town, Debra said in an interview, and simply bored. Strings smoked his first joint, stolen from his grandfather, when he was 8, and first got drunk at 10.

The setting, at least, inspired a child so obsessed with music, he slept with his guitar and read rock biographies during class. His stepfather, a crackerjack guitarist, taught him the bluegrass songbook and Black Sabbath anthems. His mother paraded around their trailer hoisting joints, blasting Santana or Soundgarden. Strings toiled away, matching everything he heard.

“I was this 5-year-old learning to play guitar so my parents would pay attention,” Strings said, recounting a recent therapy session’s epiphany. “Music is the only thing that’s been good to me my entire life.”

Before Strings was a teenager, he began walking alone to school in the snow and ferreting whatever food he found, feeling like some S.E. Hinton pariah who loved skateboarding and flatpicking. At 14, he left home to couch-surf with friends, falling in and out of legal trouble while failing in and out of school.

“I said, ‘I want to see what my parents are so into that they’re lost to me,’ so I tried meth,” he said — “with my mom,” adding a customary barrage of profanity. “Heroin, crack, pills: I stopped caring. I thought I would end up going down their bad road, anyway.”

One friend’s mother intervened, convincing Strings he could eclipse his upbringing. He eventually fled his hometown, heading three hours north to Traverse City and a new reality. “I moved out from under a cloud,” he said.

In Traverse City, Strings met Don Julin, an area mandolin aficionado three decades his senior. Their duo specialized in hard, fast and loud renditions of the staples that Strings’s stepfather taught him. But Strings discovered the fertile intersection of bluegrass and jam-band culture, popularized by Yonder Mountain String Band and Greensky Bluegrass. He played 20-second solos for 20 people; they jammed for 15 minutes for bobbing throngs.

Strings discarded the tie-and-sports-coat uniform he donned with Julin and decamped to Nashville. He built an acoustic quartet willing to race beyond bluegrass’s bounds and returned to the road, where he practically lived until the Covid-19 pandemic.

“Billy knows stuff I don’t know, and I play with people with new information,” said Béla Fleck, the banjoist who has goaded his instrument into novel terrain for a quarter-century. Fleck invited Strings to play on his album “My Bluegrass Heart,” an honor Strings gushes about more than any award.

“This music needs a fresh jolt once in a while from someone who comes in from a different angle,” Fleck continued. “Billy is the lightning rod.”

It’s not only the sound of bluegrass that Strings is reimagining but also the image. Sitting in his bus as 6,000 fans drifted into a sold-out amphitheater near Portland, Ore., this month, Strings held a svelte black vaporizer in one hand while gripping a $300 electronic bong with the other. Giggling beneath a hat that read “Sex & Drugs & Flatt & Scruggs,” he looked more like the thoroughly tattooed brother of Shaggy from “Scooby-Doo” than those bluegrass patriarchs.

He joked about covering “Dueling Banjos,” made famous in the film “Deliverance,” in full B.D.S.M. regalia and lampooned bluegrass posters for looking like antique-auction handbills. He extolled the hallucinogen DMT for making him a kinder person. Scrolling through his recent Spotify favorites, where Juice WRLD rubbed shoulders with Marty Stuart, Strings admitted that he was proud his friendship with Post Malone and his work with the masked Black singer RMR irked traditionalists. “I see racist crap all the time in bluegrass,” he said, with an uncharacteristic flash of anger.

RMR was floored by Strings’s rebellious streak, and happily agreed to sing on “Wargasm,” a plea for peace that suggests Alice in Chains going country. “This is music for old guys with a beard, but he didn’t fit that mold,” said RMR, who went viral in 2020 by covering Rascal Flatts amid a crew brandishing an armory. “He was dope, because he was different.”

As much as Strings revels in pushing boundaries, his songwriting taps the same heartland sincerity that Bill Monroe embraced nearly a century ago. Strings sings of modern American woes with disarming simplicity, even as he warps the sound. His first hit, “Dust in a Baggie,” sprints through the parable of a meth addict who heeds warnings too late. “Turmoil & Tinfoil,” his debut’s title track, mourns the way meth burned his own mother, her face ashen from exhaustion.

“Renewal,” Strings’s third album, largely delights in matters of the heart. In May, he proposed to his longtime girlfriend and tour manager, Ally Dale, so he celebrates finding love during the tender aubade “In the Morning Light.” But there’s also climate-change anxiety, small-town ennui and a nine-minute fight song for battling depression, “Hide and Seek.” Despite the song’s instrumental mirth, the chorus comes from the final text messages a friend sent before committing suicide.

Strings called this “sublimation,” or turning life’s darkest matter into positivity. It’s more powerful, he suggested, than any guitar trick. Through hours of therapy and nights of singing to strangers, he did that with his parents, too. These days, they are largely sober, though many of their old friends continue to party or remain in jail; his mother has developed what she called an addiction to coconut water. Strings once winced when they arrived at shows, but last year, he took his stepfather on tour. Their turmoil gave him a reason to succeed.

“They did pretty good, because look at me now,” he said, chuckling as he exhaled another tuft of weed smoke. “They couldn’t take care of me, but they taught me the thing that helped me take care of myself. As a parent, isn’t that your job?”