Watching it back. As the current season of The Real Housewives of Beverly Hills captures the enduring legal woes of Erika Jayne and her estranged husband, Tom Girardi, the Bravo personality has been watching it all play out on screen.

RHOBH’s Erika Jayne and Tom Girardi’s Divorce and Legal Woes: Everything We Know So Far

The Pretty Mess author, 50, has watched the recent RHOBH episodes because she wanted to see how everything would be edited, a source exclusively told Us Weekly. 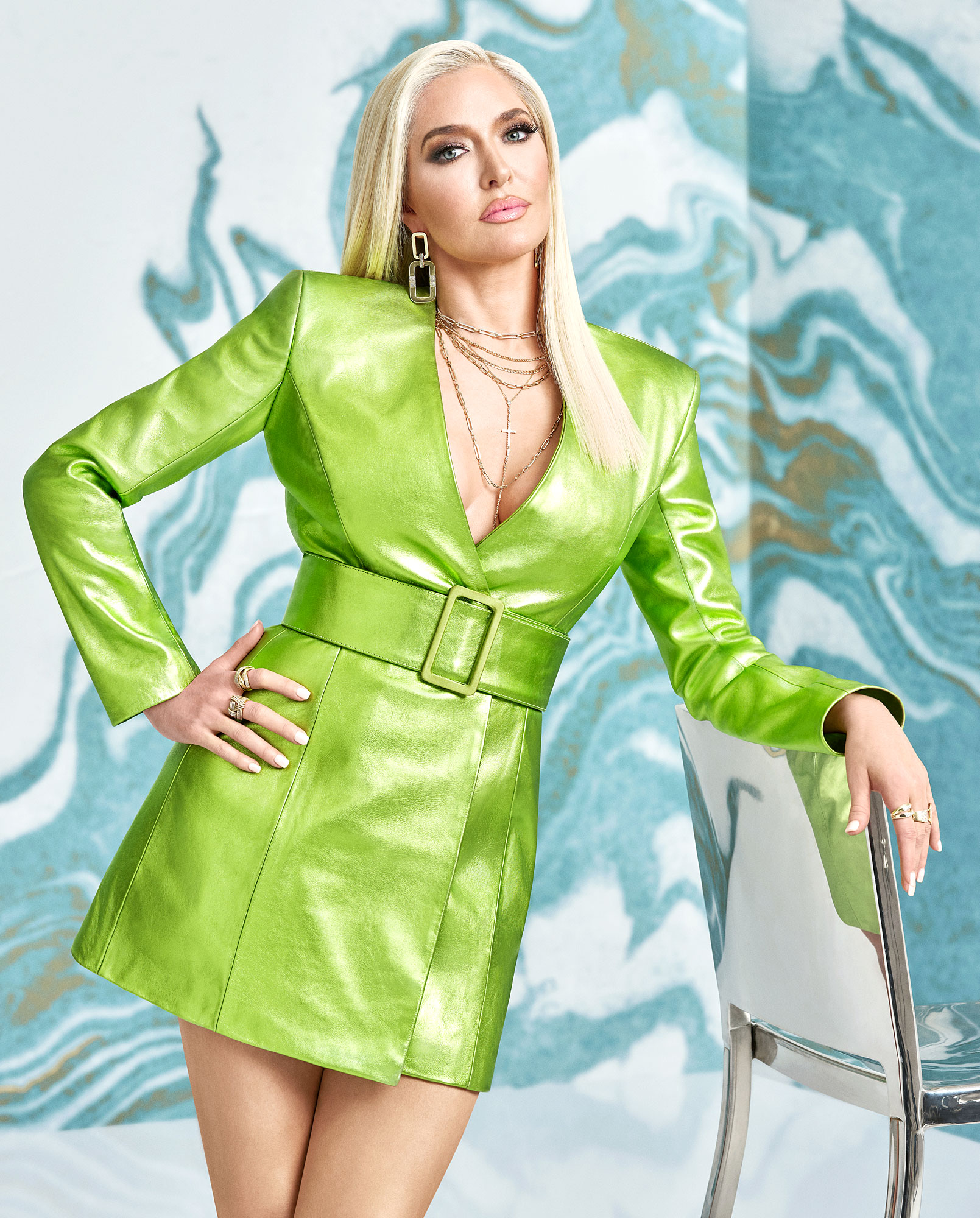 “She’s watching the episodes back and reliving the moments and just getting emotional,” the insider says. “It’s just been an emotional roller coaster for sure. Every day brings something new.”

While reliving the ongoing legal drama has been taxing on the Broadway alum, Erika hasn’t spoken to the former attorney, 82, about what was filmed and included in the episodes.

“She hasn’t heard about how Tom feels about the divorce playing out on the Housewives,” the source adds. “The communication is through their lawyers.”

During the Wednesday, July 20, episode of the Bravo series, Erika broke down in tears after accusing Tom of cheating on her while they were still together.

“After Yolanda [Hadid] divorced David [Foster], I just opened that phone and I was like, ‘Wow, OK,’” Erika said in the episode, claiming she found “evidence,” including text messages and photos of a multi-year affair. “I knew a lot because it was so hard to hide and, you know, he was sloppy.”

Many of Erika’s scenes this season have focused on her reaction to the ongoing drama with Tom. 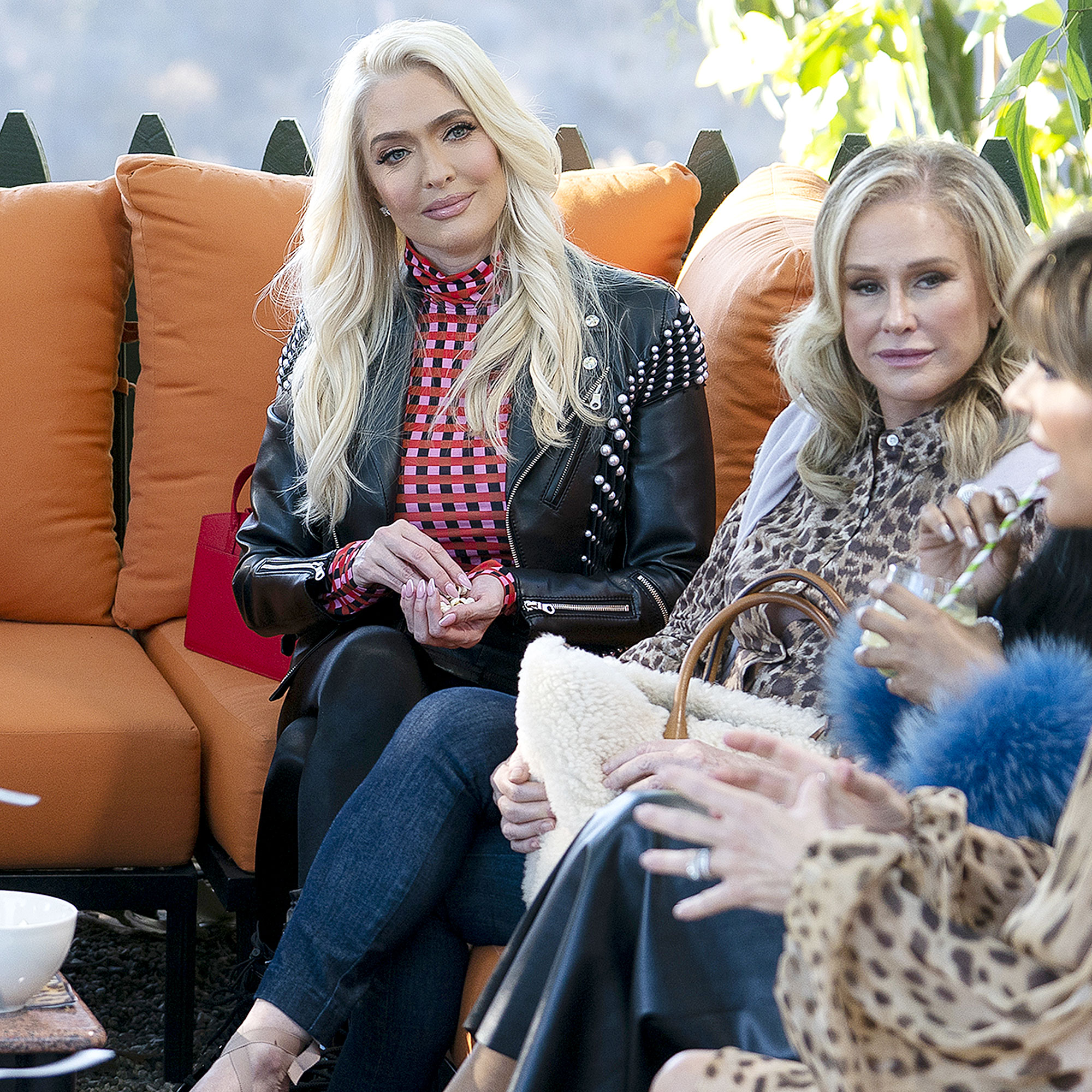 “My divorce is not a sham,” she told Kyle Richards in the July 14 episode. “It’s just not. Nobody wants to be in the position I’m in right now. It is really unenviable. Being the possible target of a federal criminal investigation is like, not cool. To have all those things said about you which are not true, and then to have everyone, basically, question everything. It’s lonely and it’s quiet and you would be shocked by how quickly people turn on you. How quickly people distance themselves from you. Automatically, they turn because they don’t want to be involved. They were there when it was good, though.”

Mention It All! Real Housewives’ Legal Troubles Through the Years

The season started filming in the fall of 2020 and cameras were rolling in December 2020 after news broke that the pair had a class-action lawsuit filed against them, which alleged they embezzled settlement funds that were intended for the victims of families who were killed in a 2018 plane crash.

One month earlier, Us confirmed that the “XXPEN$IVE” singer had filed for divorce from the Colorado native after 20 years of marriage. The “Roller Coaster” singer said via a statement at the time, “After much consideration, I have decided to end my marriage to Tom Girardi. This is not a step taken lightly or easily. I have great love and respect for Tom and for our years and the lives we built together,” the singer said at the time. “It is my absolute wish to proceed through this process with respect and with the privacy that both Tom and I deserve. I request others give us that privacy as well.”