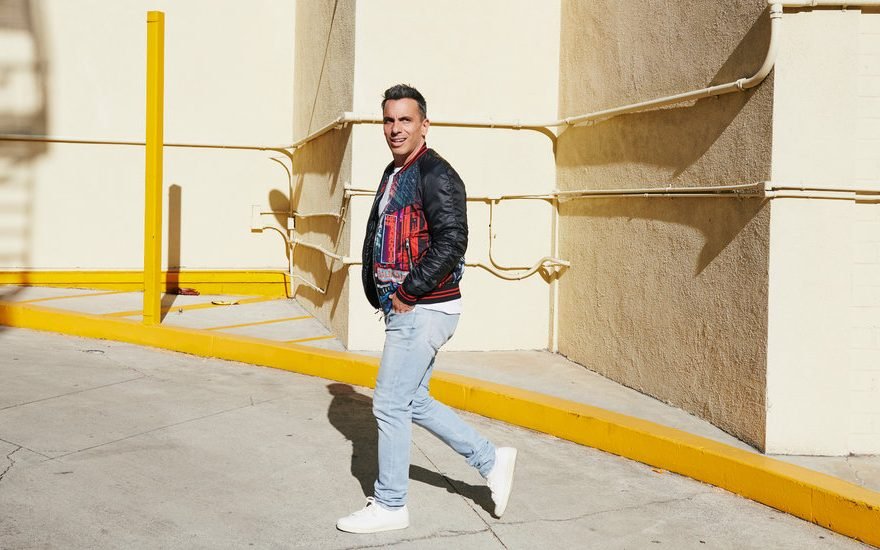 WEST HOLLYWOOD, Calif. — Earlier this summer, the comic Sebastian Maniscalco received a note from his father that expressed pride in his son’s achievements but also encouraged him to double down on writing more jokes.

“I appreciated the letter,” Maniscalco said with a sigh, sitting in a small, empty room at the Comedy Store. “But I’m 46 and he’s still on me. I called my sister and said, ‘This card is something you send someone who is struggling.’” Then he flashed a tight smile.

In January, Maniscalco sold out Madison Square Garden four times in two days; less than a year earlier, he sold out five shows at Radio City Music Hall. He made the Forbes list of the top 10 highest-earning comics three years in a row, and after appearing in the Oscar-winning “Green Book” last year, he plays the gangster Joe Gallo in the most anticipated movie of the fall, Martin Scorsese’s “The Irishman.”

Maniscalco is far from struggling. He might even be the hottest comic in America right now. So why is it entirely possible you have never heard of him?

Partly it’s because he built his huge fan base gradually and under the pop-culture radar — not through a splashy movie vehicle or a television breakout, but via a hustling touring schedule and two decades of nightly performances. He isn’t catnip for the press, since he steers clear of the zeitgeist in his act, preferring to stick to evergreen subjects like his tense but affectionate relationship with his father, whom he regularly portrays, with dramatic hunch and gesticulations, as a classic Sicilian immigrant patriarch, old school, driven by a ferocious work ethic, casting a long shadow.

Maniscalco says his father’s notes can cause a little friction, but also motivate him, which may help explain his latest move: hosting the MTV Video Music Awards on Monday. It’s not an obvious gig for Maniscalco, who mulled over the offer for a month before signing on.

“I don’t know much about music, today’s music, and I don’t know musicians,” he said, sounding a bit nervous about hosting his first televised awards show. “Kevin Hart might know Drake or Jay-Z so he can make fun of them. But I can’t start making fun of people when I don’t know who they are.”

His core audience is Italian families but has expanded in recent years, and his crowd is unusually multigenerational, including teenagers and grandmothers. He said that the MTV audience, which skews young, may not know who he is, but that’s also the appeal of the gig. “I want to introduce myself to a new demographic,” he said. The promotional ads made a joke out of him being a fish out of water, but he said that would only go so far in the show. “I’ve got to act like I should be there,” he said in a clipped voice. “I’m not going to come out and be like: ‘I don’t know you guys.’”

For those judging by first appearances, Sebastian Maniscalco is easy to underestimate. Partly it’s his cartoonish macho delivery, which can sound like a PG version of Andrew Dice Clay (whom he regularly opened for years ago). Maniscalco’s family-friendly jokes are middle of the road and warmly nostalgic. “I’m not about clever,” he said in the writer Jesse David Fox’s comedy podcast Good One. “It works because it resonates with everyone.”

But his act is sneakily singular and deceptively ambitious. In a club comedy scene where it’s common to stand in place holding a microphone for 10 minutes, Maniscalco imbues his set pieces with flamboyant grace, acting out jokes with startlingly precise movements and theatrical flourishes. He gets laughs no other comic even tries.

For instance, during a recent short set at the Comedy Store, where he performs every night except Sunday and Monday when he’s not on tour, he somehow got a big response while setting a scene with a quick, offhand imitation of a butterfly. And he told a joke about dealing with a spider problem in the house, his wife encouraging him to use an eco-friendly spray. “When I hear eco,” he said, with an old-world snap in his voice, “I hear ‘don’t work.’” But he specializes in personal stories that have a cinematic structure with beginning, middle and end.

What might have been his longest bit was a work in progress about setting up a camera that lets you see, via a cellphone app, when someone rings your doorbell. It’s a sequel of sorts to a doorbell joke from years ago that is one of his most popular set pieces.

In the new bit, his biggest laughs are all from act-outs, none more raucous than when he turns on a light by the camera. “It’s like the Luxor Hotel at Vegas,” he says as he taps his leg with the microphone, then pivots his arm up, swiveling to the sky like a young John Travolta. He’s been working on this move for weeks, and while it began in the moment with intuitive choices, his analysis of the physicality suggests someone who thinks rigorously about his craft.

“I’ve noticed noises that are not coming from my voice get laughs, whether it’s a slap on the leg, a microphone tap, so that move is a tap and a twist and a corkscrew up,” he said. “It’s an explosive move that people are not expecting in a description as mundane as a light going on.”

Adam Eget, the Comedy Store manager and booker, pointed out that “it’s so difficult to do that type of physical comedy that if you’re not one of the best, it can come off hacky. But Sebastian is the best at it right now.”

Among comics, Maniscalco is highly respected, although more as a performer than a joke writer. “I’ve heard comedians, the purists, frown upon physicality,” he said. “But for me, whether it comes out of my mouth or from acting it out, it doesn’t matter. If I’m getting the laughs I’m getting the laughs.”

In his comedy, Maniscalco alternates between strutting confidence and silly hamming, but offstage, he is sober and self-critical. He sounds disappointed in his performance at Madison Square Garden, saying he was tired, disconnected. He is similarly harsh about his recent appearance on “Comedians in Cars Getting Coffee” opposite Jerry Seinfeld. “I was too passive and I looked like hell,” he said.

Now that he has two children, Maniscalco said, he doesn’t socialize much with stand-ups, even calling himself a bit of a loner. As he talked about his set, our interview was interrupted by a surprise entrance from the comic Anthony Jeselnik, at the club to perform. “I’m avoiding a stalker,” Jeselnik said, walking right past us, a glint in his eye.

The interview stopped; we both went silent. In this awkward moment, the style of both comics came into focus: Jeselnik cheerfully transgressive, Maniscalco all muffled irritation. Then Maniscalco leveled with him: “If you’re here, I’ll know you’re here and adjust my answers.”

Jeselnik flashed a mischievous smile and left. He messaged me later about his prank: “I’ve never seen him so uncomfortable. Made my night.”

The next morning, Maniscalco was sitting in the backyard of his Hollywood home, holding a yellow fly swatter. “I hate flies,” he said, while discussing his childhood in the suburbs of Chicago. “There was no divorce, no abuse, no drugs: It’s not a Richard Pryor story,” he said.

Around a decade ago, however, his parents did get divorced. “My mom told me over the phone and I bawled my eyes out,” he said. “I couldn’t believe it. Divorce, whether you go through it at 10 or 40, it’s not an easy thing.”

Many of Maniscalco’s bits begin, he said, as stories told to family members, who always were his first audience when he was doing impressions at dinner. His imitation of Christopher Lloyd’s Jim Ignatowski from “Taxi” killed, though the sitcom actor he revered was John Ritter from “Three’s Company.” In high school, he would go home during lunch to watch reruns of the show, then drive back to class.

”You don’t hear people talk about him anymore but he was one of the greats,” he said, describing him as a smooth leading man who would erupt in pratfalls or physical comedy out of nowhere. “Not until later on, when I looked at what I was doing, did I realize this is a lot of John Ritter there.”

His mother was a housewife and his father worked in a salon, and still does, cutting hair in between holding court. “He was a comedian in his own right, with a captive audience,” Maniscalco said. “I saw him making people laugh. It definitely rubbed off on me.”

As his career has taken off in the past few years, his work has focused increasingly on family, but he said he couldn’t really dig deep about the divorce. “Dark is not where I live,” he explained. “I get more humor on the Ring camera than my feelings over my parents’ divorce.”

Earlier in the day, he had had a productive call with one of the writers helping him generate jokes for the VMAs, and he sounded more optimistic than the previous day. “We worked on making the set more personal, more my own,” he said, mentioning that they had come up with a few bits for the opening monologue.

He tried one out about the culture of participation trophies that his father might like: “Not everyone will get a trophy tonight,” he said. “If you don’t win tonight, I got a suggestion for you: Work harder.”