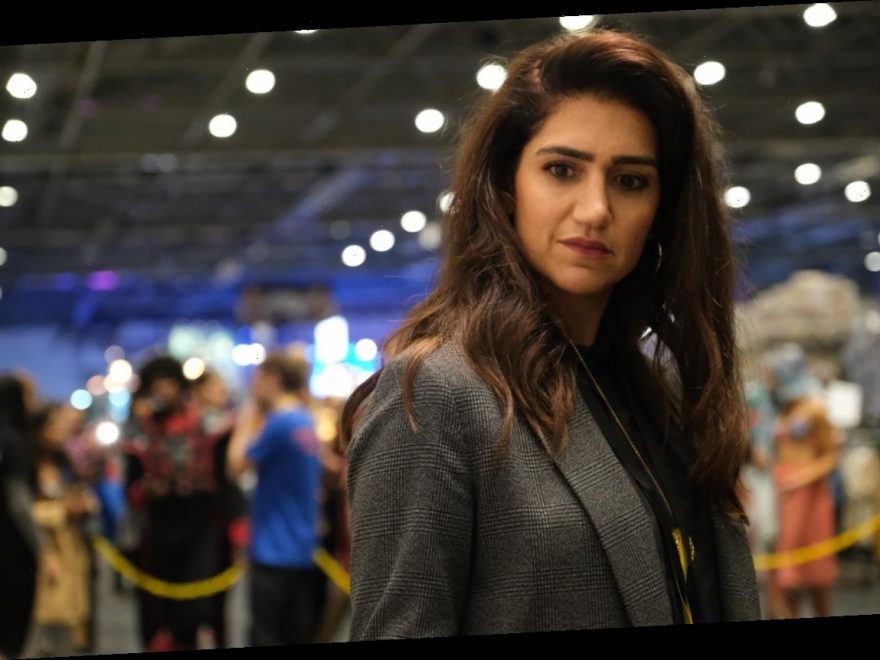 A PR nightmare unfolds for actor Suzie Pickles in I Hate Suzie, Sky Atlantic’s new comedy series created by Billie Piper and playwright Lucy Prebble (Secret Diary of a Call Girl, Succession). Piper stars in the lead role, but who is Leila Farzad, the actor who plays Suzie’s best friend and manager in I Hate Suzie?

Farzad is an Iranian actor who you’ll recognise from her roles in ITV’s Innocent and BBC’s Twenty Twelve. The star also frequents the stage, undertaking roles in the likes of Richard II at Shakespeare’s Globe and Julius Caesar at the Bridge Theatre, as Women In Film & Television UK notes.

But, as Farzad explained to the Express, I Hate Suzie is her biggest role yet. "I’ve done tiny bits of TV where I’ve played non-descript roles that only my mum and auntie would ever tune in for," she explained. "But this? This is big. I’d get to set and walk into my own trailer, totally incapable of comprehending how lucky I felt."

Performing has been a passion for Farzad from an early age, despite being steered away from it to pursue something more academic. "My poor mum did everything she could to steer me away from [acting]," Farzad told the newspaper. "We made a deal. She said the only way she’d consider letting me go to drama school was if I got a degree from Oxford or Cambridge first."

So she did. The actor graduated from Oxford with a degree in French and Italian literature and went on to study at The Guildhall School of Music & Drama. Despite having a tough time at uni — she spent most of it "running away from reality with [her] university boyfriend and pretending deadlines didn’t exist," she said — she used the experience to her advantage in auditions.

"Having such a fleshed-out character you feel like you know and can resonate with is every actor’s dream," the actor explained. "You can really mine into their psychology and have a wonderful time playing the role. That’s exactly what I did with Naomi."

Naomi is Suzie’s right-hand woman, having been friends since childhood. The role of BFF and manager collide for her in the series, adding to the drama — and comedy — I Hate Suzie provides. "We met Leila late on and she was very dry which is really satisfying," Piper said of the actor in an interview with BT. "She’s the opposite of Suzie, who’s more emotionally available and highly strung, Naomi sits on it all, which makes sense for the character."

I Hate Suzie starts on Sky Atlantic on August 27, and all eight episodes will be available to stream on NowTV.