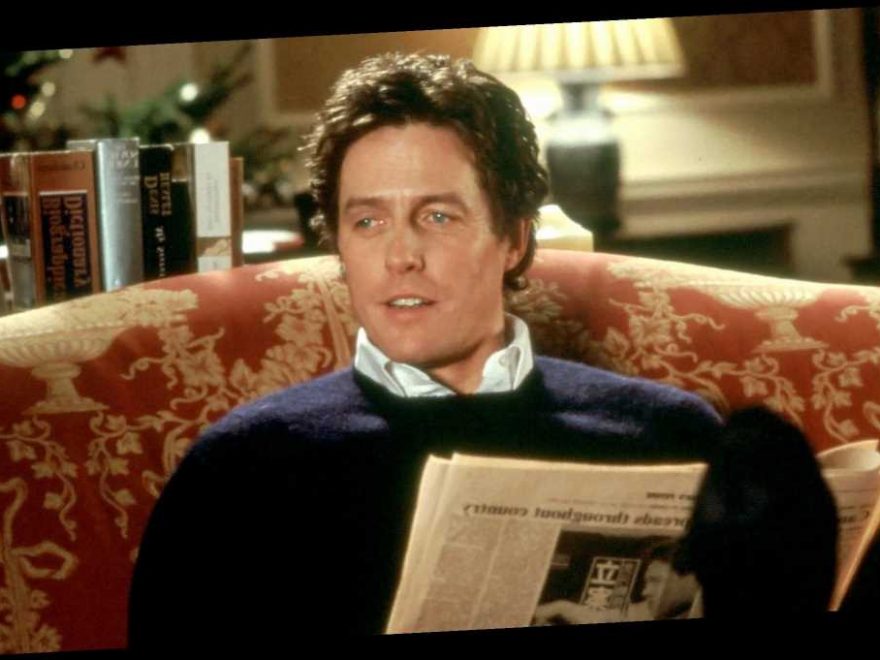 “I can’t even remember what happens in the film. It’s so long since I’ve seen it,” Grant, 60, told DigitalSpy on Thursday, January 14. “You’d have to remind me! How do I end up?”

‘Love Actually’ Cast: Where Are They Now?

In the film, the Undoing star portrayed David, the Prime Minister, who falls in love with a junior member of his staff, Natalie, played by Martine McCutcheon. One of the most famous scenes from the movie — which also stars Colin Firth, Keira Knightley, Liam Neeson, Andrew Lincoln and more — includes Grant’s character doing quite the dance number.

“I thought, ‘That’s going to be excruciating,’ and it has the power to be the most excruciating scene ever committed to celluloid,” he revealed during Hugh Grant: A Life on Screen in 2019. “Imagine you’re a grumpy 40-year-old Englishman, it’s 7 o’clock in the morning and you’re stone-cold sober… it was absolute hell.”

Best Rom-Coms to Watch When You’re Stuck at Home

The year before, he added that the scene doesn’t make any sense.

“I kept saying to [director] Richard [Curtis], ‘OK, look. I’ve got the radio on in my room, my bedroom. And I’m dancing, fine,” he said in 2018. “But then I start to dance through the whole of 10 Downing Street. Where’s the music coming from? And how does it cut off at the end?’”

In 2013, the director opened up about Grant’s issues with the scene.

“A not nice memory is mainly Hugh and the dancing. He was hugely grumpy about it,” Curtis told the Daily Beast. “He was so wanting his bit not to be fake; he wanted to feel as though he could be prime minister. Whenever I said, ‘Do it a bit sweeter’ or ‘do it a bit more charming,’ he thought he was being tricked.”