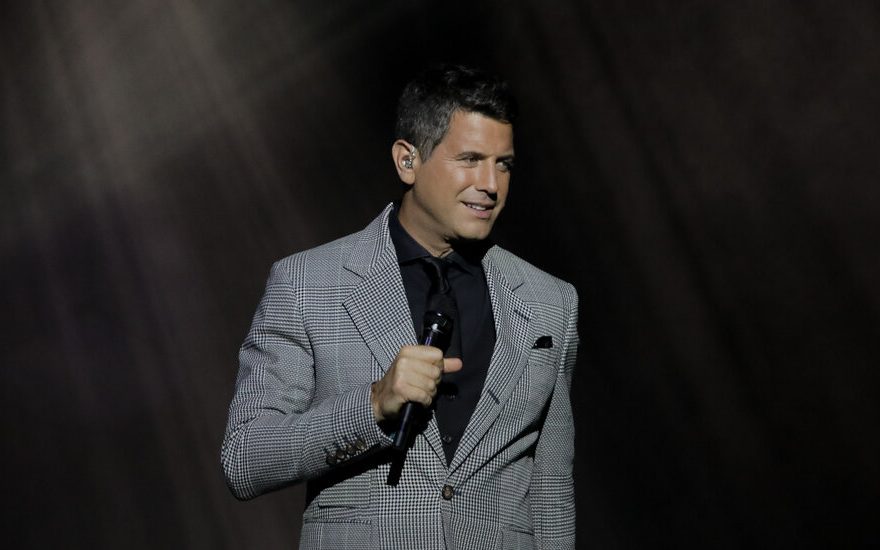 A tenor in the classical crossover group Il Divo was sued Monday by his ex-wife, who accused him of domestic violence, sexual assault and battery and described his behavior toward her over the years as “a textbook example of coercive control.”

In the suit, filed in state court in Los Angeles, Renée Izambard said that her ex-husband, the singer Sébastien Izambard, had subjected her to “years of dangerous psychological abuse and torture, and intense sexual, physical and emotional abuse, bringing her to the doorstep of death.”

Ms. Izambard, 43, an Australian native who was a music publicist before she married Mr. Izambard, 48, charged in the lawsuit that over the years he had tracked her movements, withheld medical care, subjected her to sex acts without her consent, and threatened to stop supporting their three school-age children.

“Really, she’s just fighting to be free of abuse,” Devin McRae, a lawyer for Ms. Izambard, said. He said that his client had been motivated to file the suit both to end what she saw as a campaign of terror that continued after she filed for divorce in 2018, and to shed light on how intractable coercive control is.

Il Divo’s management and label has not respond to repeated requests for comment, nor did a lawyer who has represented Mr. Izambard in the past. A booking agent for the group had no comment. The group, which has sold some 30 million records, is due out with another one, celebrating the music of Motown, in July.

In January, California enacted a law that defined coercive control, making it easier for behavior like isolating a partner to be introduced in family court as evidence of domestic violence. Pallavi Dhawan, director of domestic violence policy for the Los Angeles City Attorney’s Office, said her office has been tracking the results. “I have heard that family lawyers are getting more success in getting restraining orders using coercive control, because they have been able to argue that it’s codified,” she said.

Some legal experts believe that the law could open the door to make examples of coercive control admissible in other cases, such as the civil claim that Ms. Izambard is filing, though they warn that proving emotional and psychological abuse remains challenging. Still, said Ms. Dhawan, whose office was involved in drafting the law, “we wanted to start the conversation and name the harm, so that survivors would have the language” to describe their experiences.

The Izambards met in Australia in 2005, when Il Divo, the wildly popular international pop-opera crossover quartet formed by Simon Cowell, was on tour there; by the following year, they were a couple, and Ms. Izambard left her job to move to France with Mr. Izambard, a Paris native. They married in 2008, shortly after the birth of a twin son and daughter, in a pregnancy that was fraught with medical complications.

Mr. Izambard’s controlling behavior began before they were married, according to the suit. On a 2005 vacation to Thailand, he brought her to a brothel and, over her protestations, asked her to watch while he “had a sex act performed on him by two Thai prostitutes,” according to the suit. It was the first of many sexual demands that Mr. Izambard made against Ms. Izambard’s wishes, including pressuring her to have sex in front of other people, urinating on her against her will, and ejaculating on her feet while she slept, the lawsuit said.

Ms. Izambard, who had been Il Divo’s Australian publicist, gave up that career when she became involved with Mr. Izambard, and he at times kept her from working again, refusing to permit her to get a work visa when the couple lived in London from 2010-2013: “Sébastien told Renée her visa would affect his offshore tax scheme,” the suit says. He did not put her name on their bank accounts or property portfolio for many years after they married, the suit says.

He also sought to isolate and control her in other ways, the suit claims: “Sébastien would fly into a jealous rage when Renée called her family or friends in Australia or even if Renée fell asleep or went to bed before Sébastien. When driving in the car together, Sébastien demanded Renée hold his hand at all times.” He watched her on the CCTV system inside their home and tracked her movements outside using the Tesla app, the suit says. He did not permit her to read books in his presence, the suit says.

Ms. Izambard attempted to leave him several times throughout their relationship, the suit says; at first, he promised to change to win her back (he eventually joined a group for sex addicts, according to the suit).

But his behavior continued, and she suffered a “severe emotional breakdown” in 2017, the suit said. Afterward, the suit claims, he denied her medical treatment, kept her in their home and pressured her to make “pornographic video content.”

In an earlier, ongoing case, Ms. Izambard sued her ex-husband and the insurer State Farm for damages related to the 2018 Woolsey fire in California, which destroyed the couple’s Malibu home just days after she filed for divorce. In that suit she charged that Mr. Izambard improperly controlled access to the insurer and its payouts.

The lawsuit filed Monday says that Ms. Izambard and her children “require intensive therapy to deal with the psychological and physical trauma” of Mr. Izambard’s behavior.

Mr. McRae, her attorney, said Ms. Izambard was cleareyed about what her lawsuit might mean for her ex-husband’s career and ultimately for her. “His whole earning capacity might disappear,” Mr. McRae said. But he said that she had filed the suit anyway, out of a belief that such misconduct should be identified, so it can potentially be stopped.