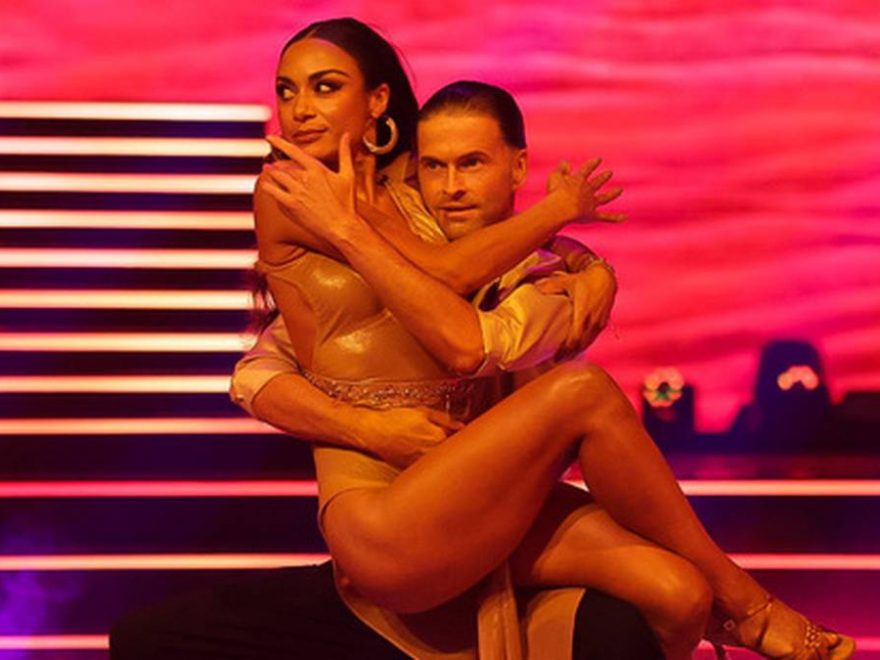 The first contestant eliminated from Dancing with the Stars admits it feels like a “punch in the guts” at going home early, and is not happy with the judge’s comments

Actress and Lotto presenter Sonia Gray and her partner Aaron Gilmore were the first couple to be voted off the show on Monday night’s episode, shocking many viewers who had expected the two to place higher in the competition.

Gray joined fellow contestant Kerre Woodham on Newstalk ZB’s Inside Dancing with the Stars podcast, and said she felt embarrassed to be the first contestant knocked out.

“I really thought that we had done enough,” Gray said.

Ratings data revealed that over 1 million New Zealanders watched the show unfold, and the pressure of performing to such a wide audience played on Gray’s mind.

“You’re doing something that you’ve never done before and you’re trying to make it look like you’ve done it for years and you’re scrutinised. When you’ve given it your all and it’s not enough, it’s a horrible feeling.”

The couple received a score of 26 out of 40 for their first two dances, which saw them tie with Woodham, David Letele and Brodie Kane, and above reality TV star Alex Vas.

Gray felt as though the judges focused on her mistakes, rather than where she and Gilmore had done well.

“I do have to say I think the judges were a bit harsh on us, I don’t really understand how the judging works. I don’t think we deserved a six for the waltz, I really don’t. I don’t know what they’re basing that on.”

Former Dancing with the Stars judge, presenter and dance instructor Candy Lane told Woodham she thinks Gray and Gilmore’s choreography might have let them down.

“I think her choreography let her down a bit to be honest. But, it all comes down to scores and obviously if the judges had scored them higher to start with they would have had a better chance,” Lane said.

Gray acknowledges the fact that the judges contribute only 50 per cent of the final votes, with the rest coming down to public votes.

Woodham suggested that Gray’s lack of text votes might have come down to her being “too good” and therefore viewers may have thought other contestants needed their vote more.

“We just didn’t get that and that’s totally fine,” Gray said “I think being at the bottom after that first night was helpful in a way because people are galvanized to vote.”

Some fans believed their votes who voted for Gray received texts telling them she was no longer in the competition before voting had closed.

A spokesperson for Discovery earlier told the Herald, “A technical error caused some voters to receive spoiler information. We apologise for that. The technical issue did not have any impact on the final result. For the rest of the season, our hosts will be making it very clear when voting closes.”

Gray says it was never about winning the competition, but she feels she has missed an opportunity to learn the craft in being sent home early.

“I never thought about the winning thing, I just wanted to stay in long enough to just learn it and be good at it,” she said “I didn’t need the glitter ball trophy, but I did not want to go out in week one, no one did.”