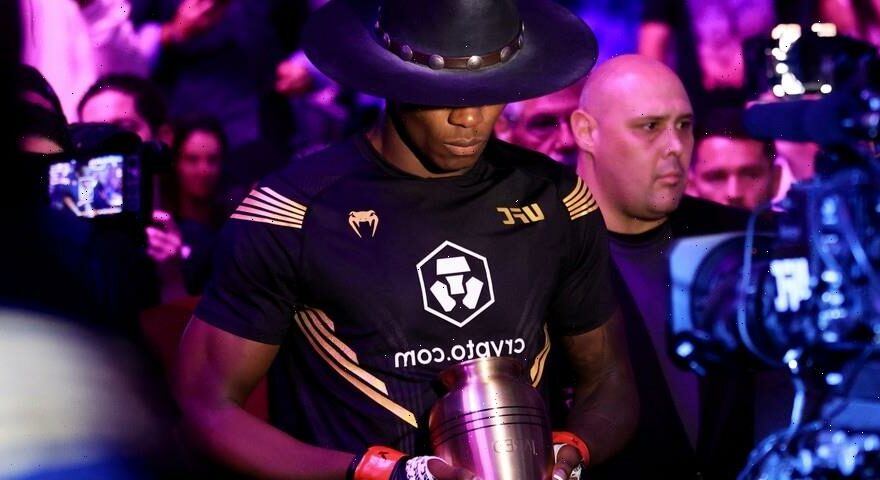 Both Pereira and Adesanya started their careers as kickboxers, and the two have met twice before in the kickboxing ring. Pereira came out on top both times, winning via unanimous decision the first time, and third-round knockout the second. Adesanya (23-1) recently scored a decision victory over Cannonier at UFC 276 and the up-and-coming Pereira (6-1) extended his winning streak to four on the same card with a stunning first-round knockout against Sean Strickland.

“I’ve always picked the guy no one wants to fight,” Adesanya said on SportsCenter. “The guy everyone runs away from, I run towards. So yeah, I run towards the fire, and this is no different. After he beat me in Brazil, I never had any plans of trying to get revenge or anything like that because I don’t hold on to things, I let go of things. But again, I’m telling you, the universe has presented this to me and it’s right there. The perfect alley-oop, and I’m going to slam this b*tch.”

Watch as the action unfolds in the coming months as Adesanya looks to avenge his losses, and Pereira looks to win his first-ever UFC title.

In case you missed it, Anthony Joshua reflects on boxing and growing up in Watford in an exclusive interview.
Source: Read Full Article