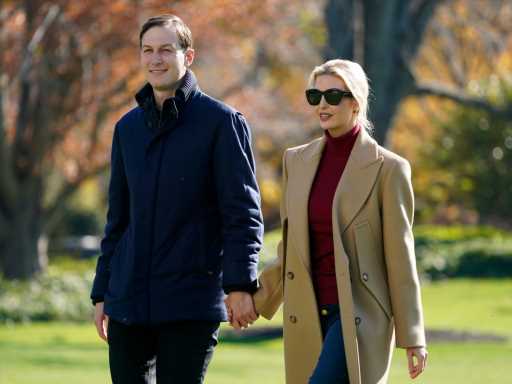 Looks like Ivanka Trump and Jared Kushner are settling in a little closer to family. The former First Daughter and real estate developer just purchased a $24 million beachfront abode in Miami — and it’s the couple’s second multimillion-dollar buy in the area. This new waterfront mansion features six bedrooms and 8,510 square feet and is just a stone’s throw away from where they previously purchased a $30 million lot of land on which to build a new family home in the exclusive Indian Creek Island neighborhood. 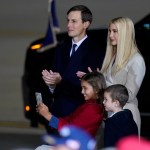 Per The Real Deal, the home not only features the interior luxuries one would assume the Kushner-Trump household would enjoy, it also features reflecting pools, refined landscaping, and a total of 1.3 acres. The transition for the one-time Washington elite couple taking up new digs in Florida comes just after their recent trip to Aspen.

The couple initially made Florida their new home base after leaving Washington D.C. in January 2021, buying up that first plot of land before settling into a luxury apartment as their construction began. At the time of their move, Indian Creek Country Club wasn’t exactly enthusiastic about their perspective new applicants.

“You have to be nominated and make a formal application. But it only takes one member to object against any new member, and many members are objecting, particularly after the events at the Capitol on Jan. 6,” a resident of the Indian Creek community told Page Six. “The Indian Creek Country Club members are very picky and the word is that Javanka need not apply.”

The couple’s new home does, indeed, also reside in the same Indian Creek community, according to The Real Deal. It’s not clear what exactly prompted the move for the couple. But as legal scrutiny on the Trump family mounts, speculation can only grow when it comes to the couple’s adjustment in scenery.

Before you go, click here to see the biggest and most expensive celebrity homes.