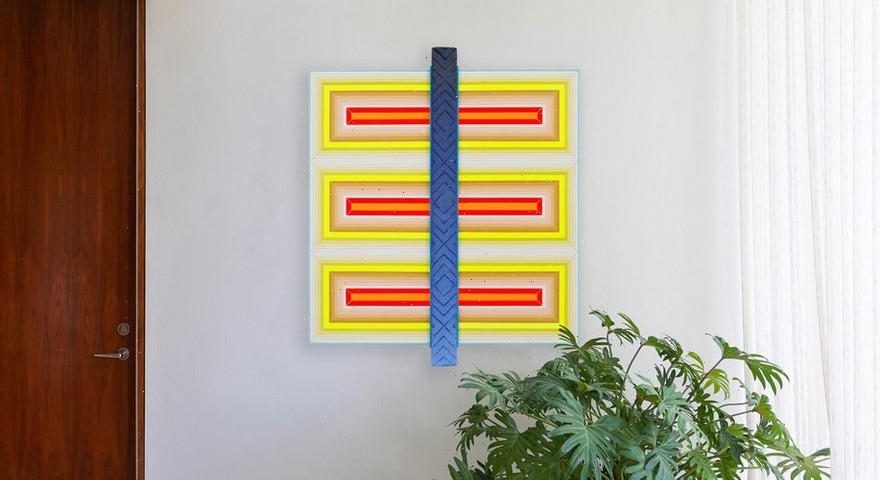 Library Street Collective recently announced the fourth installment of its Alliance series — an ongoing initiative that invites leading contemporary artists to sell one of a kind works to raise funds for the charity of their choosing. For the latest edition, the arts organization tapped graffiti artist turned contemporary visual artist, Jason REVOK, who made a colorful assemblage artwork to support the Innocence Project —  a national litigation and public policy organization dedicated to exonerating wrongfully convicted individuals through DNA testing and reforming the criminal justice system.

REVOK started making assemblage works since 2012 when he first lived in Detroit, utilizing found wood and metal scraps to create dynamic geometric works while also involving hand-made spray-painting machines. “. This evolution of his assemblage works have echoed moments in time, and much like two of his greatest inspirations, Frank Stella and Robert Rauschenberg, this introspection has moved him back and forth between 2 and 3-dimensional works throughout his career,” said Library Street Collective in a statement.

Bids for Jason REVOK’s assemblage work for Alliance are being accepted now on Library Street Collective’s website until May 7. Get a closer look at the work above.