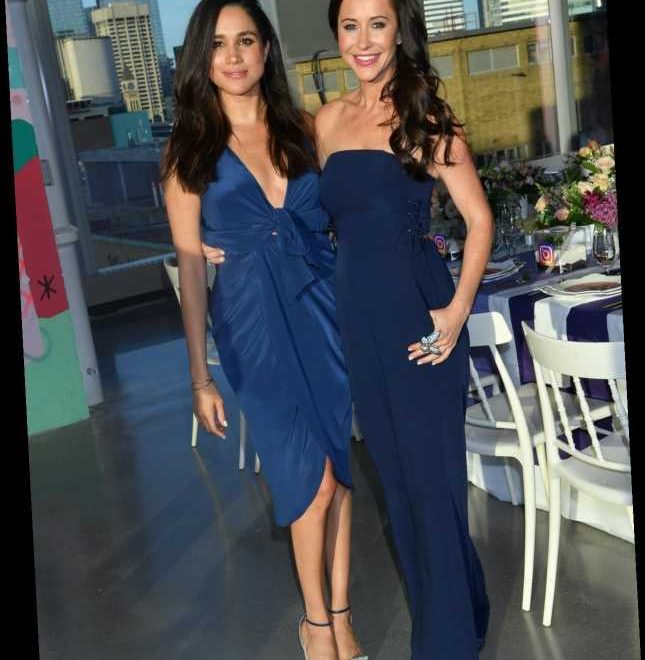 "Meghan and I are family."

Jessica Mulroney and Meghan Markle are still close friends. In a since-deleted statement shared on her Instagram Story on Sept. 18, Mulroney cleared up rumors about her friendship with Markle, seemingly in response to recent reports that the pair had recently grown apart. While the stylist and TV host didn’t address any stories in particular, multiple outlets have reported that she and Markle had grown apart after Mulroney was called out back in June for allegedly harassing a Black influencer during a disagreement about race.

"I’m going to tell this once and for all. Meghan and I are family," Mulroney wrote on her Instagram Story. "She is the kindest friend and has checked up on me everyday." The former I Do, Redo host then slammed the "hurtful" stories that tabloids have written about her friendship with Markle, writing that "tabloid culture is atrocious. It creates lies and hurtful storyline. Stop feeding into it." Mulroney then added that she was officially "done" speaking about the situation.

Though Mulroney and Markle became close friends after reportedly meeting back in 2011, the pair haven’t shared much about their bond with the public. However, Mulroney’s three children — daughter Ivy and twin sons John and Brian — played a key role in Markle’s 2018 wedding to Prince Harry, and the duke and duchess reportedly stayed with Mulroney and her husband, Ben, in Canada after stepping down as Senior Royals.

In June, Canadian blogger and Instagram influencer Sasha Exeter wrote that Mulroney "took offense" to a generic "call to action" that was posted to encourage bloggers and social media influencers to use their platforms to speak out in favor of the Black Lives Matter movement. "What happened next was a series of very problematic behavior and antics that ultimately resulted in her sending me a threat in writing last Wednesday," Exeter said. Though she stated that she was "by no means calling [Mulroney] a racist," the SoSasha blogger explained that the stylist was attempting to use her white privilege in order to "come for my livelihood in writing."

In response, Mulroney commented on Exeter’s video to apologize, and appeared to reference her friendship with Markle, who has endured racist attacks from the public since her romance with Prince Harry first became public. "I know we have different experiences. And that is something that, even in the course of a heated argument, I need to acknowledge and understand. I am unequivocally sorry for not doing that with you, and for any hurt I caused," she wrote at the time.

"As I told you privately, I have lived a very public and personal experience with my closest friend where race was front and centre," Mulroney continued. "It was deeply educational. I learned a lot from that. I promise to continue to learn and listen on how I can use my privilege to elevate and support black voices." The stylist also issued a public apology on Instagram, where she announced plans to "step back" from social media in order to "reflect, learn and listen."

During her social media hiatus, multiple outlets reported that Mulroney and Markle’s friendship was on the rocks as a result of the scandal. Though she didn’t comment on the reports when she returned to social media in August, Mulroney later deleted several photos of Markle from her account, and briefly made her Instagram page private. However, she explained on her Instagram Story the following month that she deleted the photos due to "bullying," and not because of a rift between her and Markle. "The amount of bullying and hatred I’ve had to put up with for 3 years….I’m tired of looking at it," Mulroney wrote. "Be kind. Be gracious."