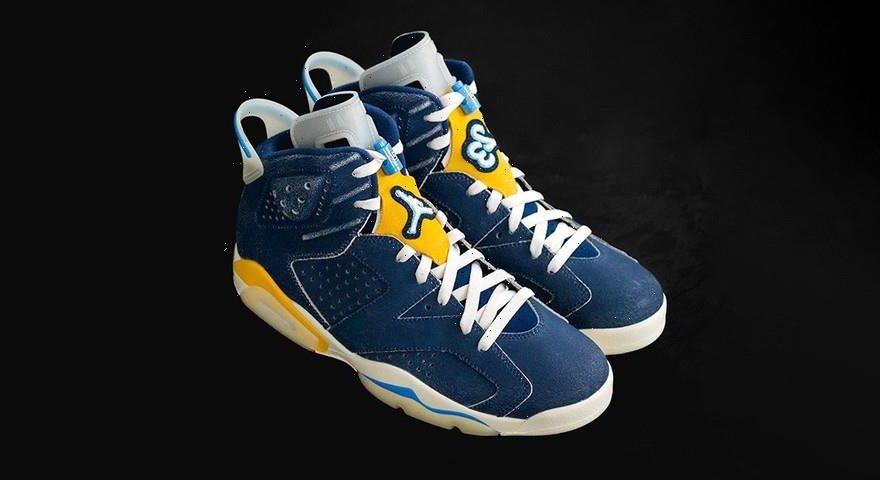 One tradition that Jordan Brand holds near and dear to its heart is the ongoing production of manufacturing special player exclusives for the collegiate programs that is supports. It’s an exciting element of sneaker culture as these kicks are rare and often will never see a public release, and it gives student-athletes the chance to own a piece of history that symbolizes their educational institution. The next pair that has been revealed is this Air Jordan 6 PE for Marquette University, and we’ve got a detailed look.

School varsity jackets serve as the main inspiration for these kicks, and that’s why you’ll find chenille patches across the throat and on the lower heels. The former splits between a “23” hit on the right side and Jumpman on the left while the latter features the logo of the Milwaukee-based college. Faded leather uppers are predominantly covered in a muted blue hue while yellow accents play a supportive role to perfectly translate the official colors of the Golden Eagles’ athletic teams.

These will not be released to the masses, but you can peep detailed photos of the kicks right here.