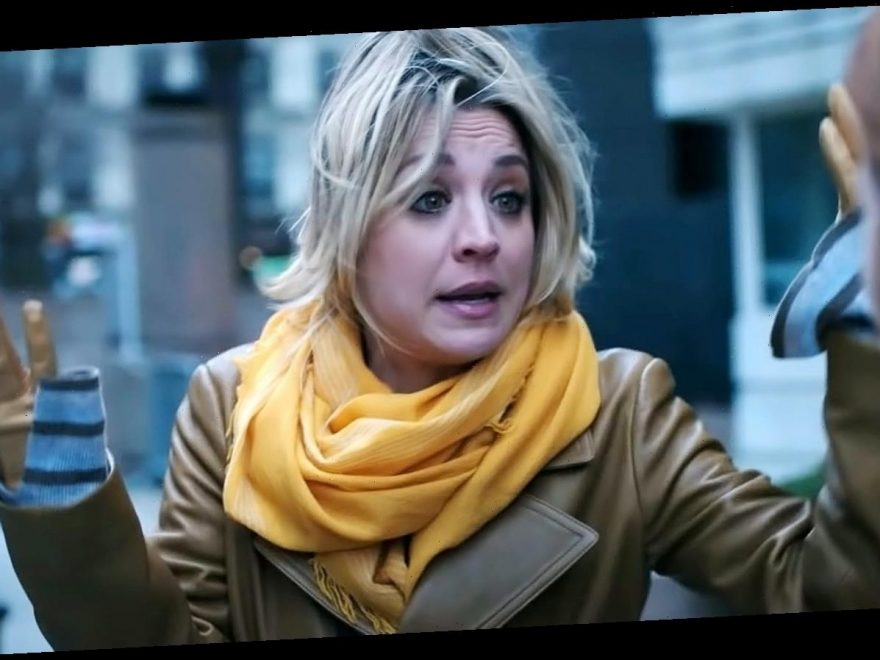 Everything is not what it seems. Kaley Cuoco is wrapped up in a murder mystery in the new trailer for The Flight Attendant, premiering on HBO Max in November.

Based on Chris Bohjalian’s 2018 novel of the same name, The Flight Attendant weaves the dramatic tale of Cassandra Bowden (Cuoco) who finds herself in the wrong place at the wrong time after a drunken night with a man named Alex (Michiel Huisman). When she wakes up in their hotel room, her suitor is dead — and she has blood on her hands.

“The whole night, it just flickers. I can’t remember anything about it,” Cuoco, 34, says in a trailer released on Tuesday, October 20. “I’m a crazy, drunk flight attendant, not a killer.”

As she attempts to outrun the police, Cuoco’s character turns to her best friend (Zosia Mamet) for help. The series also stars Rosie Perez, Michelle Gomez and Nolan Gerard Funk.

Earlier this year, the Big Bang Theory alum opened up about how working on the upcoming miniseries was a major departure from her sitcom history.

“I love making people laugh, but it’s been an incredible experience working my dramatic muscles,” she told Us Weekly exclusively in September. “This cast is so experienced and has surrounded me with so much support. They make me feel like I can do anything.”

Despite the challenges of taking on a more dramatic role, Cuoco couldn’t resist this particular project. “When I read the book description, I got a chill down my arms,” she told Us. “It felt like a good mix of drama and dark comedy. Plus, a complicated female character is a dream role.”

The HBO Max series has been in the works for three years, and as executive producer, Cuoco has been involved every step of the way. Filming began in March but was subsequently shut down amid the coronavirus pandemic. When the show was forced to halt production, the cast was only a few days into filming the sixth of the series’ total eight episodes. On August 31, the stars were able to resume filming.

Kaley Cuoco and Karl Cook: A Timeline of Their Relationship

Cuoco’s work schedule wasn’t the only thing to have been impacted by the COVID-19 crisis. In April, the 8 Simple Rules actress joked that shelter-in-place guidelines “forced” her to move in with husband Karl Cook. The pair tied the knot in June 2018, and nearly two years into their marriage, still hadn’t begun living together.

“It’s been great for our relationship. We like each other, we’ve realized, which is even better,” Cuoco teased during an appearance on Jimmy Kimmel Live! in April. “I can’t find anything, but the house is great.”

The Flight Attendant begins streaming on HBO Max on November 26.