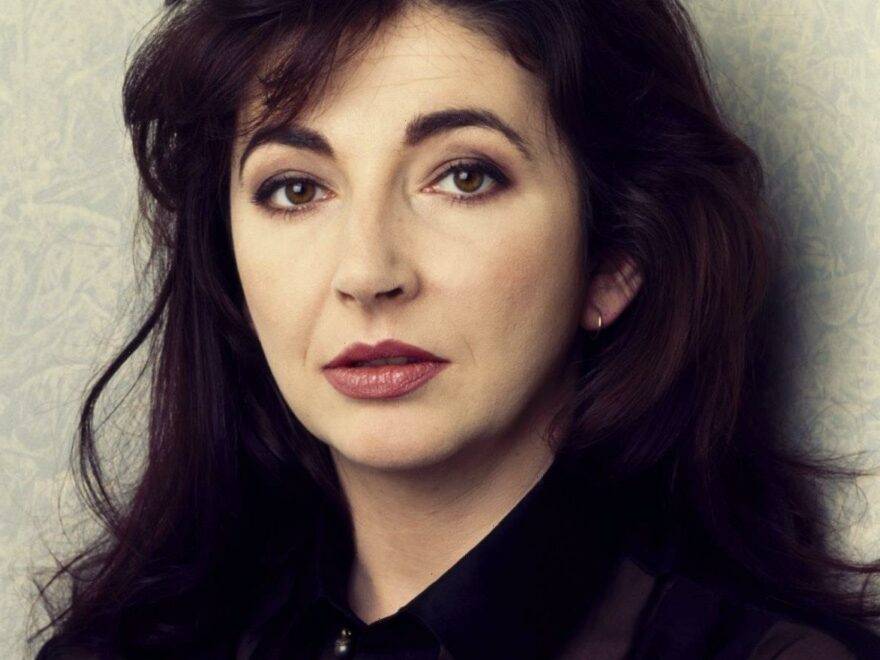 The famously private singer Kate Bush has given a rare interview in the wake of the resurgence of her 1985 song Running Up That Hill, and she couldn’t be happier to connect with a new generation of fans.

In 1985, British singer Kate Bush topped the charts with Running Up That Hill. Thirty-seven years after the track was released, the song has seen a remarkable resurgence – and it’s all thanks to it being played on a little Netflix series by the name of Stranger Things.

In the latest season of the hit sci-fi show, which is set in the 80s, Sadie Sink’s teenage protagonist Max Mayfield listens to the track on repeat to help her escape from a terrifying demon.

Thanks to the inclusion of the song in the show, which premiered at the end of May, Running Up That Hill is currently at the top of the UK charts, earning Kate Bush her first number one single in the UK since 1978. It’s also a become a streaming sensation, connecting the singer with a whole new generation of devoted fans.

Now, in her first recorded interview in six years, the enigmatic pop singer has spoken of her joy at the renewed success of her 37-year-old classic.

Speaking to Emma Barnett on BBC Radio 4’s Woman’s Hour, the singer said it was “extraordinary” that the track has become a worldwide phenomenon, hitting the top spot in Norway, Sweden, Australia, Switzerland, The Netherlands and Austria, while giving Bush her first ever top-10 hit in the US.

“[Stranger Things] is such a great series, I thought that the track would get some attention. But I just never imagined that it would be anything like this. It’s so exciting. But it’s quite shocking really, isn’t it? I mean, the whole world’s gone mad!”

Bush explained that she was excited by the idea that young fans were discovering her music for the first time.

“What’s really wonderful is that this is a whole new audience. In a lot of cases, they’ve never heard of me. And I love that! The thought of all these really young people hearing the song for the first time and discovering it, I think it’s very special.”

Bush also explained what the song is about for a new audience, although she emphasises that she likes “people to hear a song and take from it what they want”.

“Originally it was written as the idea of a man and a woman swapping places with each other, just to feel what it was like, from the other side”.

The song was originally called A Deal With God, although Bush explained that her record company was worried that the title was too sensitive for the radio, so it was changed to Running Up That Hill.

Bush said that she rarely listens back to her old music, and said she hasn’t “heard it for a really long time”, although she was pleased with how the song was used in Stranger Things.

“I think they’ve put it in a really special place. I mean, the Duffer Brothers created the series and, actually, we watched it from the first season onwards, so I was already familiar with the series. And I thought what a lovely way for the song to be used in such a positive way – you know, as a kind of talisman, almost, for Max. And yeah, I think it’s very touching, actually.”

Bush also discussed the power of music in taking people on a journey, just as Max does in Stranger Things when the track helps her envisage powerful memories with her friends.

“They’ve really put it in a very special place, and I think music is very special. It’s different from all other art forms, isn’t it, in a way. All art forms sit in their own space, but music has a way of touching people.”

The singer also added that while the 80s was a “great time”, she is excited by the evolution of technology and the new generation’s discovery of the track.

“Incredible things are happening; technology is progressing at this incredible rate that’s pretty overwhelming. There are positive things; you just have to look a bit harder to find them at the moment, I think.”

Bush went on to explain how she used the fairlight machine, a groundbreaking digital sampling synthesizer, to create the distinctive sound of Running Up That Hill.

The singer also explained that she has been a fan of Stranger Things since the series first aired and compared the evolution of the characters to those in the Harry Potter movies.

“It’s lovely because in a similar way to Harry Potter, where in those early films they were just little kids, and then as the film has progressed, it becomes heavier and darker. And those little kids turn into really talented, young adult actors. And you have a different connection with something that’s moved through years really of watching them grow.”

If you thought you couldn’t love Running Up That Hill any more, we come bearing good news: a new trailer for the final two episodes of Stranger Things has been released, featuring a heart-pounding reworking of the hit song. You’re welcome.

Listen to the full interview now on BBC Radio Four.