The actor, 42, shared a video from week 9 of Dancing With the Stars week ahead of Monday’s episode, asking fans to vote for him. “Amazing!!!!!!” Holmes, 40, commented on the video. The duo starred together on Dawson’s Creek from 1998 to 2003, leading all 6 seasons of the WB hit.

Van Der Beek, however, was eliminated on Monday night, absolutely shocking the fans, the cast and even the judges. The night was also extra emotional for the Pose alum, who revealed before his foxtrot that his wife, Kimberly Van Der Beek, had suffered a miscarriage five months into the pregnancy. 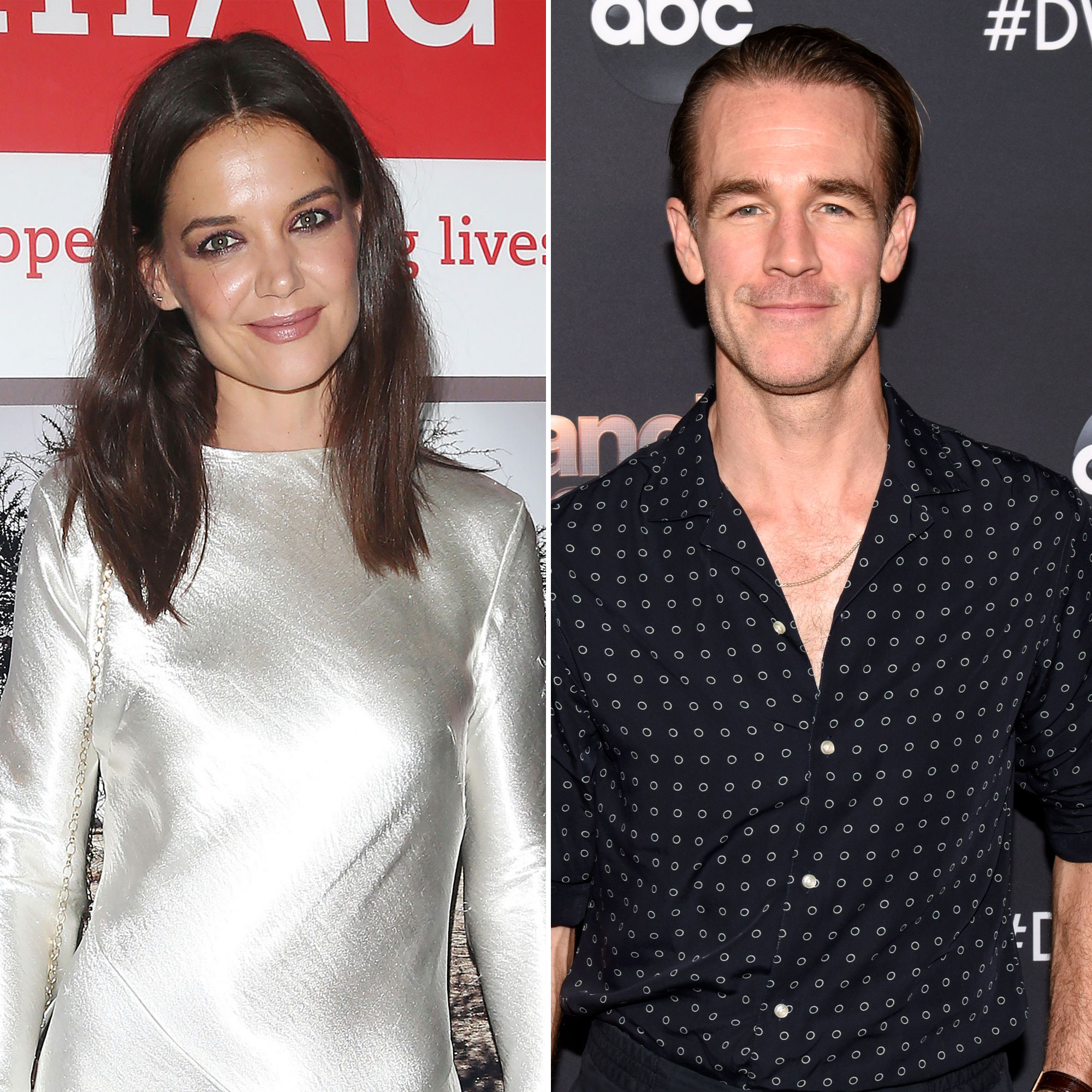 “The little soul that we had expected to welcome into our family took a shortcut to whatever lies beyond. You never know why these things happen. That’s what I’ve been telling my kids,” he stated through tears during the episode. “Kimberly, from her hospital bed, said to me, ‘I am not done watching you dance.’ Kimberly, I love you. … When words fail, you sing. When there are no words, you dance. Kimberly, I’m dancing for you, I’m dancing for us.”

When he landed in the bottom two next to Ally Brooke, the judges decided to save her and she completely broke down. In fact, the former Fifth Harmony member, 26, even offered her spot to Van Der Beek.

“Being human and seeing that he’s been through one of the worst things in life and I felt like he had the strength to be here today and that in itself is unbelievable and that took immense strength from him and I felt like, in that moment, it just wasn’t right,” the “Low Key” singer told Us after the episode. “He was just like, ‘I can’t accept that’ and ‘It’s very, very kind,’ and he said, ‘Just enjoy it’ and Sasha and I talked to him afterward as well and I tried to offer again and I talked to him on my own and he was just like, ‘No, please, you just enjoy it and you shine and don’t be afraid to shine.’ [Those] are the exact words he told me and I’m taking that in. Even though I’m very sad and in a way, feel like I shouldn’t be here, I’m trying to celebrate too my personal journey.”

Dancing With the Stars airs on ABC Mondays at 8 p.m. ET.