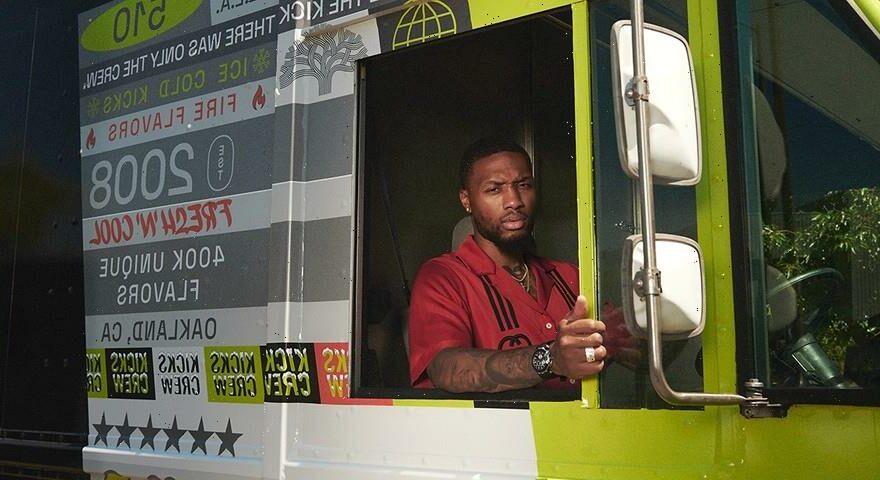 What got Damian Lillard on board with KICKS CREW as an investor and the sneaker marketplace’s first CREW Athlete was the shared vision of making sneaker culture accessible to everyone. The Portland Trail Blazers point guard strongly believes in giving back, demonstrated with philanthropic efforts like his Formula Zero basketball camp and RESPECT program, which is why his first campaign with the Los Angeles-based startup centers around Lillard’s local community, with more to come in other cities.

Sneakers from Lillard’s closet and KICKS CREW’s network of authorized retailers were loaded onto an ice cream truck with Lillard on board and driven to Brookfield (now Bill Patterson) Park in his hometown of Oakland, CA. Lillard grew up playing basketball and baseball in the park, and it was also where he previously hosted neighborhood picnics and haircuts for children. The crowd turned out in force for his surprise homecoming, with many staying throughout the event even after receiving their kicks just to hang out with their hometown hero.

Lillard will also take an active role in the company’s growth. The NBA All-Star said:

“I invested in KICKS CREW because of the platform’s unique point of view on sneaker culture. Putting accessibility and community first, they’re building a space that allows everyone to experience sneaker culture.”

Be sure to check out THE CREW App upcoming Black Friday event for the chance to cop your favorite sneakers like adidas Yeezy styles, Nike Jordans, Nike Dunks, New Balance and more at retail.