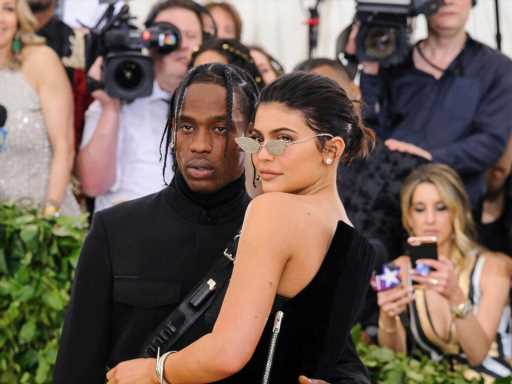 On August 24, parents Kylie Jenner and Travis Scott once again went big for their daughter Stormi Webster. On Jenner’s Instagram story, she posted a photo of Stormi looking bewildered next to a yellow school bus. While this may have seemed a bit odd already, there’s another wrinkle to the story. Apparently, Stormi has been wanting a school bus to play and ride on, and fans are having a big reaction to the fact that a yellow school bus felt like an exotic treat for the billionaire beauty mogul’s daughter.

In her Instagram story, Jenner — whose second pregnancy was recently confirmed by Page Six — added a caption under her daughter’s photo. “All Stormi has been talking about is riding a big yellow bus. Daddy surprised her.”

Jenner’s next photo showed Stormi exploring the bus and looking like she was about to embark on a great quest. While it’s unclear whether the “Sicko Mode” rapper either rented or bought the bus for his daughter, the choice raised some confusion for fans either way.

Many went to Twitter to say how weird they found Stormi wanting to, as one person put it, “roleplay as middle class for the day.”

Another person tweeted, “rich people are literally so far from reality they bought a school bus for stormi to sit on.”

A third chimed in tweeting, “Stormi got to play make-believe poor today.”

Other fans, however, believe it was just a sweet gesture and that people are blowing it out of proportion. One person defended the couple tweeting, “what’s weird about a kid wanting to ride a school bus ?? y’all do understand they probably rented it for like an hour right?

Whether you find the situation weird beyond belief or a sweet gesture, you have to admit one thing: Stormi is living the life.

Before you go, click here to see the net worth of 15 mega-rich celebrity kids.