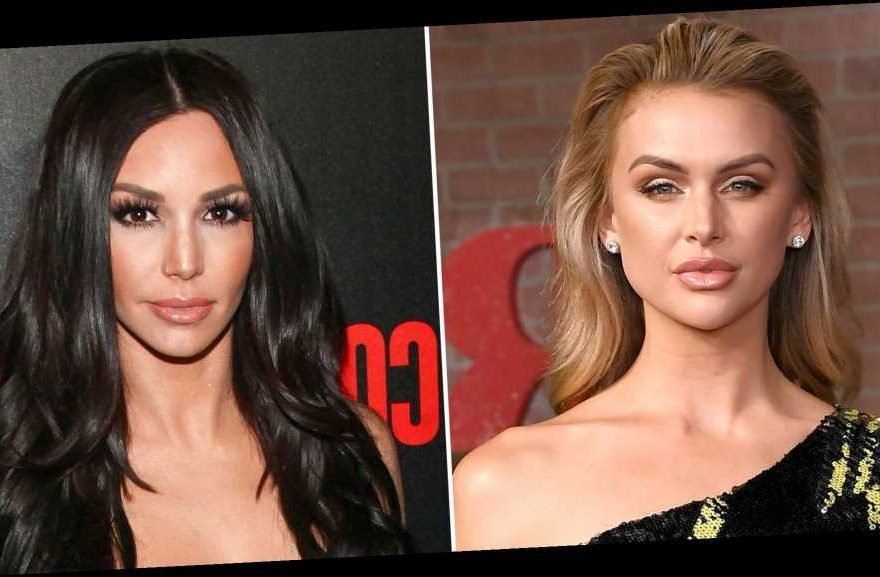 Still on the outs. Lala Kent opened up about her falling out with Scheana Shay on Watch What Happens Live With Andy Cohen on Monday, December 21.

“[Our relationship is] nonexistent. I haven’t spoken to her,” the 30-year-old reality TV personality told Andy Cohen. “I know she’s also having a baby, so I wish her all the best.”

Scheana, 35, and Lala’s feud began during the summer when the “Good As Gold” songstress accused her costar of not being there for her after she suffered a miscarriage. The “Give Them Lala Beauty” CEO, who is expecting a baby girl with fiancé Randall Emmett, subsequently slammed Scheana via Instagram Stories.

“I’m not trippin too hard. In her mind that’s how it happened. She would rather focus on me ‘not being there for her’ than the fact her man said he was working, turned his phone off and went golfing that day,” Lala alleged about Scheana’s boyfriend, Brock Davies. “Weird how that was just glazed over. This is why her relationships are always a trainwreck that make epic TV. She makes reality TV gold.”

Scheana, who announced in October that she’s pregnant with her rainbow baby, later unfollowed Lala on social media.

‘Vanderpump Rules’ Season 9: What We Know

While season 9 of Vanderpump Rules has yet to begin production, both Scheana and Lala are expected to return. Several months after news broke in June that pregnant Stassi Schroeder, Kristen Doute, Max Boyens and Brett Caprioni were fired, Jax Taylor and Brittany Cartwright confirmed their departures earlier this month.

Every Bravo Star Who Quit or Was Fired in 2020

“I am excited about what’s to come,” Lala told Cohen on Monday about season 9. “I love doing the show and I, of course, have high hopes for it to continue on. Of course, I’m going to miss my friends who started this show, but right now, I’m really focused on becoming a mama.”

When asked specifically about Jax and Brittany, who are expecting a baby boy, Lala simply added, “We’ve communicated.”