Welcome to Best of Late Night, a rundown of the previous night’s highlights that lets you sleep — and lets us get paid to watch comedy. If you’re interested in hearing from The Times regularly about great TV, sign up for our Watching newsletter and get recommendations straight to your inbox.

Robert Mueller, the former special counsel who investigated the Trump campaign and Russian meddling in the 2016 election, testified on Wednesday before two House committees. As promised, he said little beyond what was written in his 448-page report.

“And because it didn’t contain any boy wizards, no one wanted to read it.” — TREVOR NOAH

“Anyone hoping for the Mueller of Dragons was disappointed.” — JIMMY KIMMEL

“Truly, how dare you, sir, ask us, as Americans, to read a book. We are the country that made a hit out of ‘According to Jim.’” — SAMANTHA BEE

“He’s like the world’s least cooperative audiobook. ‘Chapter 1 — you know what? You know how to read. Go get the book. Read it yourself.’” — TREVOR NOAH

“If you missed Mueller’s hearing, don’t worry: In a few weeks, William Barr will give a much shorter, inaccurate summary.” — JIMMY FALLON

“He had the same look on his face that Billy Joel has when someone yells, ‘Play “Piano Man.”’ [Imitating Mueller] ‘Why? You already know it.’” — SETH MEYERS

“Mueller was questioned by 60 lawmakers for six hours. The only other time you get grilled like that is if you’re single at your family reunion.” — JIMMY FALLON

“If you did a shot any time Mueller said, ‘I can’t answer that,’ you were blacked out by 10 a.m. ‘I’m getting redacted today, man.’” — JIMMY FALLON

“Yeah, he’s like a Magic Eight Ball except, no matter how you shake him, he just says, ‘That’s not in my purview.’” — JIMMY FALLON

“[Imitating Mueller] And since I cannot talk about anything the public is interested in, I also will not be addressing the behavior of Luke P. on ‘The Bachelorette,’ the new collaboration between Jay-Z and Meek Mill, and I defer any questions about Jane as Thor to Nick Fury and my colleagues at S.H.I.E.L.D.” — STEPHEN COLBERT

“Now, apparently, ‘I take your question’ is a pretty standard legal response, but it sounded like some Dowager Countess-level shade.” — SETH MEYERS

Some Democrats were happy to hear Mueller suggest that President Trump could be charged with obstruction of justice after he leaves office.

“That’s why for the last 12 hours, Trump’s been afraid to get up from the couch.” — JIMMY FALLON

“And that’s when you could hear Melania cheering loudly from down the block.” — JIMMY KIMMEL

“He hears that, the Secret Service is going to be banging on the Oval Office door like, ‘Sir, you need to leave.’ He’ll be like, ‘No housekeeping, thank you!” — TREVOR NOAH

“You know when Trump heard that, he started pushing the sofa in front of the door. [Imitating Trump] ‘You’ll never take me alive!’” — SETH MEYERS

“Of course, Mueller’s testimony was highly anticipated, with lots of people expected to watch — except one guy who claimed he wouldn’t watch, a guy notorious for watching more TV than is medically advisable, and that’s the president of the United States.” — SETH MEYERS

“You know, the president yesterday said he might watch a little of the hearings, and of course he then spent the whole day tweeting about them. He tweeted more than 20 times today, capping the tweetstorm off with this: ‘Truth is a force of nature!’ And we all know how much respect he has for nature, so.” — JIMMY KIMMEL

“Dear God, his tweets would make more sense if they were scribbled on paper and faxed to a newspaper under the zodiac symbol.” — SETH MEYERS

Samantha Bee shared part of her audition tape for the role she did not win in the upcoming film version of the musical “Cats.”

What We’re Excited About on Thursday Night 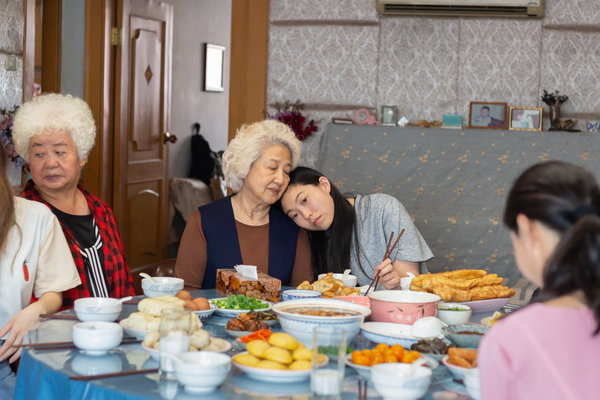 Brian X. Chen, our lead consumer technology writer, describes how “The Farewell,” a movie about a grandmother whose Chinese-American family decides not to tell her she has cancer, led him to rethink his own family’s “good lie.”