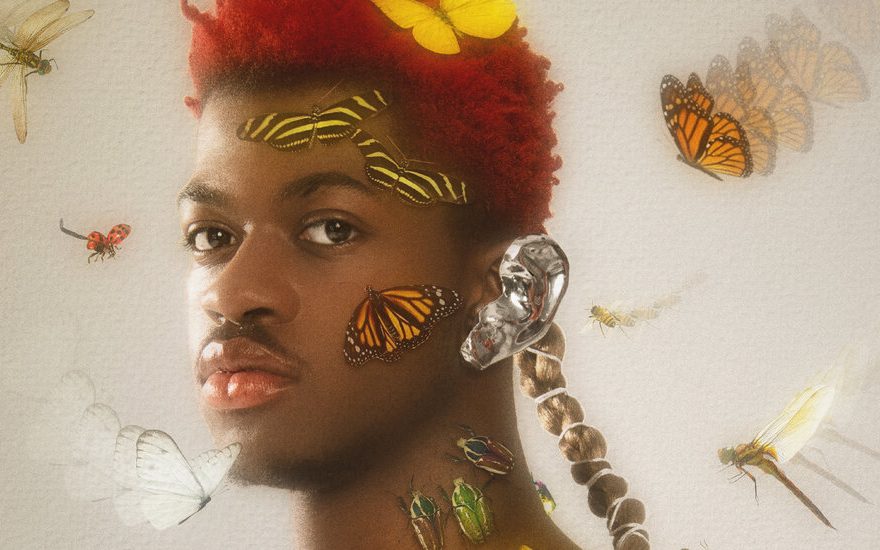 Lil Nas X was born Montero Lamar Hill, and with “Montero (Call Me by Your Name),” he cheerfully rejoices in lust as a gay man. “Romantic talkin’? You don’t even have to try,” he sings, over syncopated guitar and handclaps by way of flamenco. “Call me when you want, call me when you need.” The video — an elaborate CGI production, costume drama and visit to hell — makes clear that his identity has high stakes. (He also posted a note to his 14-year-old self on Twitter.) “In life, we hide the parts of ourselves we don’t want the world to see,” Lil Nas X says in the spoken introduction to the video clip. “But here, we don’t.” JON PARELES

Taylor Swift featuring Maren Morris, ‘You All Over Me’

The teenage Taylor Swift who wrote “You All Over Me” for her second album, the 2008 “Fearless,” largely styled herself as a country singer. The original track was left as an outtake, still unreleased. But Swift probably wouldn’t have opened it with the metronomic, Minimalistic blips that start her newly recorded version, which is part of her reclamation of the early catalog she lost to music-business machinations. “You All Over Me” was a precursor of Swift’s many post-breakup songs. With what would become her trademark amalgam of everyday details, emotional declarations and terse, neat phrases, she laments that it’s impossible to escape memories of how she “had you/got burned/held out/and held on/God knows/too long.” Blips and all — she worked with Aaron Dessner, one of the producers of her 2020 albums “Folklore” and “Evermore” — the track stays largely in the realm of country-pop, with mandolin, harmonica and piano, while Maren Morris’s harmony vocals provide understated sisterly support. It’s hardly a throwaway song, and more than a decade later, its regrets can extend to her contracts as well as her romances. PARELES

Julia Michaels, ‘All Your Exes’

Tuneful and resentful, Julia Michaels’s latest strikes a blow against kumbaya, trading feel-good pith for the much rawer wounds within. Her enemy? Her lover’s past: “I wanna live in a world where all your exes are dead/I wanna kill all the memories that you save in your head/Be the only girl that’s ever been in your bed.” It’s harsh, funny, sad and relatably petty. JON CARAMANICA

“Respect is reciprocal” goes the unlikely chorus of “Dignity”; so is collaboration. A year ago, Angelique Kidjo was a guest on “Shekere,” a major hit for the Nigerian singer Yemi Alade; now Alade joins Kidjo on “Dignity,” a song in sympathy with the widespread protests in Nigeria against the brutality of the notorious police Special Anti-Robbery Squad. It mourns people killed by police; it calls for equality, respect and “radical beauty” while also insisting, “No retreat, no surrender.” The track has a crisp Afrobeats core under pinging and wriggling guitars, as both women’s voices — separately and harmonizing — argue for strength and survival. PARELES

Timmy Thomas’s “Why Can’t We Live Together” was an old soul tune with an Afro-Latin undercurrent that became the foundation for Drake’s “Hotline Bling.” In this cover, the organist Dr. Lonnie Smith stays mostly faithful to the original, though his solo subtly doubles the funk factor and the band finds its way into a swaggering shuffle. Where Thomas sang the song as an earnest, enervated plea for social harmony, Smith’s guest vocalist, Iggy Pop, does it in an eerie croon, somewhere between a lounge singer and Lambchop’s Kurt Wagner. GIOVANNI RUSSONELLO

Not enough has been said about the strain of sweetness running through one sector of contemporary hip-hop. Listen to Lil Mosey or Lil Tecca — not just the pitch of the voices, but the breathable anti-density of the cadences, and also how the subject matter rarely rises past mild irritation. It’s cuddles all around. CARAMANICA

The return of Brockhampton after a quiet 2020 is top-notch chaos — a frenetic, nerve-racking stomper (featuring an elastic verse by Danny Brown) that nods to N.W.A., the Beastie Boys, the Pharcyde and beyond. CARAMANICA

In a weary but resolute moan, over a plucked acoustic guitar and subterranean bass tones, Rod Wave sings about how he’ll be compulsively hustling “to keep the family fed” until he dies. Halfway through the song, he does. Death turns out to be the ultimate release: “Finally, I’ll be resting in peace,” he sings, his voice rising to falsetto and growing serene, with a gospel choir materializing to commemorate and uplift him. The video adds another story: of a deaf boy shot dead by police and laid to rest, as Wave sings, echoing the Bible and Sam Cooke, “by the river.” PARELES

“Under the Pepper Tree” is the latest album by Sara Watkins, from the lapidary acoustic bands Nickel Creek and I’m With Her, and it’s a collection of children’s songs, mostly from her own childhood. “Night Singing” is her own new song, two minutes of pure benevolent lullaby as she urges, “Rest your eyes, lay down your head,” while the music unfolds from cozy acoustic guitar picking to halos of ascending, reverberating lead guitar. PARELES

The cellist Christopher Hoffman’s unruly, unorthodox quartet — featuring the vibraphonist Bryan Carrott, the bassist Rashaan Carter and the drummer Craig Weinrib — moves around with its limbs loose, but its body held together. On “Discretionary,” the odd-metered opening track from his new album, “Asp Nimbus,” a backbeat is implied but always overridden or undermined; Henry Threadgill’s Zooid, an avant-garde chamber ensemble in which Hoffman plays, might flutter to mind. Carrott’s vibes make a web of harmony that Hoffman’s bowed cello sometimes supports, and elsewhere cuts right through. RUSSONELLO