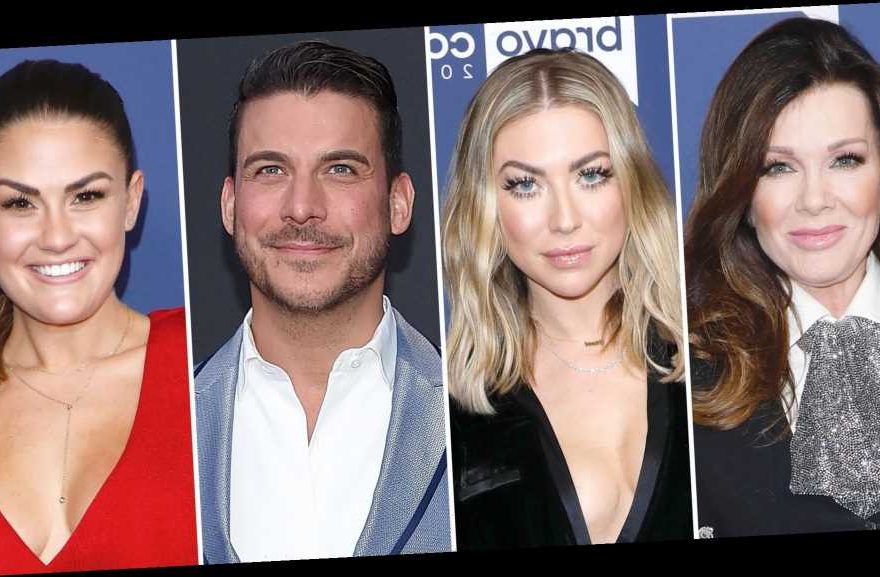 Out with the old! Vanderpump Rules was surrounded with controversy in 2020, but Lisa Vanderpump is looking to the future.

‘Vanderpump Rules’ Season 9: Everything We Know

“Was I surprised what they decided? Well, if you put it like that, yeah. I would have been really surprised,” the Overserved With Lisa Vanderpump star, 62, told Us Weekly exclusively on Monday, March 15, hinting that the couple didn’t leave on their own. “Who makes the rules? It’s not me. … Bravo, they produce the show. Even though I’m an executive producer on it, you know, they make most of the decisions.”

In December, the pair announced in matching statements via Instagram that they wouldn’t be returning to the Bravo reality show. After getting called out for their exact same wording, Cartwright, 32, replied, “Do you guys really truly think we got to write whatever we wanted?”

The pair, who married in 2019, are currently expecting their first child and listed that as the main reason for their exit. “I am 41 with a baby on the way,” Taylor wrote. “[This] was the best choice for my whole family.”

Stars Fired From Reality Shows Through the Years

The Pooch Perfect judge, for her part, also revealed that she has not heard from Schroeder, 32, who was one of the four stars let go from the show last summer.

“I haven’t spoken to her. I did reach out to her a couple of times, but she never responded after she was let go,” the Real Housewives of Beverly Hills alum told Us. “And that’s her choice, you know. That’s OK.”

Schroeder, who welcomed a daughter with husband Beau Clark in January, opened up about the difficult time she went through after being cut from the reality show, noting that being pregnant made it better.

“If I wasn’t pregnant, I probably would have just like … gone to alcoholism, Xanax,” she said on her “The Good, The Bad, The Baby” podcast earlier this month. “I would have lashed out, dark passenger-ed. And I think our baby 100 percent saved me.”

For more from Vanderpump, watch the exclusive video above