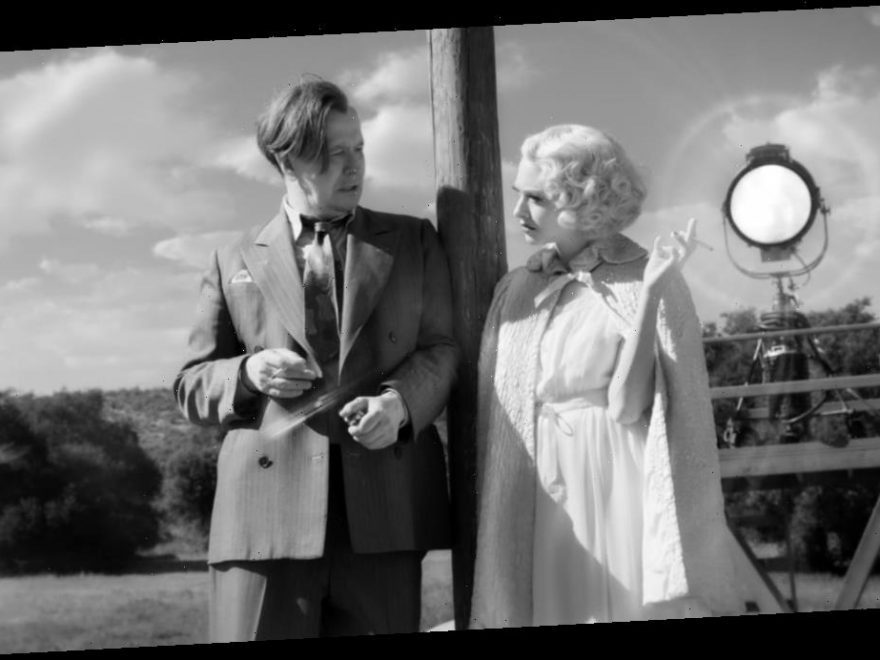 David Fincher’s snappy black-and-white Netflix period drama Mank captures the development of the Citizen Kane script, following the life of critic-turned- screenwriter Herman Mankiewicz. Much like Ryan Murphy’s Hollywood, it glamorously depicts many real motion-picture insiders during the Golden Age of Hollywood. The star of the movie is Gary Oldman, who plays the troubled genius version of Mankiewicz, or “Mank,” as many of his colleagues called him. Those portrayed include legendary moviemakers such as Orson Welles (Tom Burke), Irving Thalberg (Ferdinand Kingsley), and Louis B. Mayer (Arliss Howard). And of course, there’s publisher William Randolph Hearst (Charles Dance) and actress Marion Davies (Amanda Seyfried), whose lives loosely inspired the plot of Citizen Kane. Ahead, compare Mank‘s cast members with the real people they played and learn how the characters fit into actual movie history.