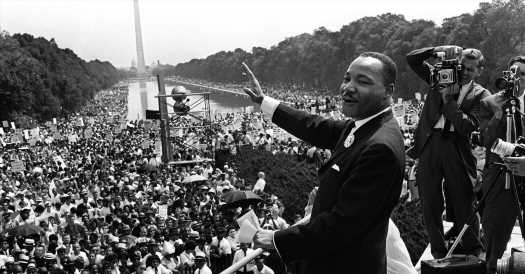 Martin Luther King Jr. Day, observed this year on Jan. 18, became a national holiday in 1983, 25 years after the death of the civil rights leader. Because the arc of history has a few kinks in it, some states declined to celebrate it until 2000 or adopted names that dilute King’s import. (Alabama and Mississippi observe it in conjunction with Robert E. Lee Day, a symbolic swipe)

Nevertheless, King’s legacy endures, and in a moment of national racial reckoning, the holiday offers a timely opportunity to help it onward, through action and contemplation. Marches and parades, the typical forms of remembrance, are mostly on pause this year. But New Yorkers can commemorate King’s achievements with an assortment of events, including a few in-person and kid-friendly options.

The Brooklyn Academy of Music and Brooklyn’s borough president, Eric L. Adams, co-host this event on Monday at 11 a.m. It includes a keynote address from Alicia Garza, a founder of the Black Lives Matter Global Network, as well as music and spoken word performances from PJ Morton, Tarriona “Tank” Ball, Sing Harlem! and others. After streaming on bam.org, the event will be available on BAM’s YouTube and Vimeo channels. Online on Monday, BAM will also present William Greaves’s “Nationtime,” a documentary film of the National Black Political Convention held in Gary, Ind., online; and on Flatbush Avenue in Brooklyn, it will host “Let Freedom Ring,” a looping video installation, organized by Larry Ossei-Mensah, that explores what freedom can and does mean. bam.org

‘The Art of Healing’

Art on the Ave, which connects artists with storefront spaces, sponsors this exhibit that stretches across 11 blocks of Columbus Avenue through Jan. 31. Organized by Lisa DuBois, the founder of Harlem’s X Gallery, the public art gallery crawl includes work from more than 40 artists, many of them from underrepresented communities. Each work centers on the theme of healing. Parents and teachers can download educational materials, or scan QR codes as they walk to hear recorded artist statements. artontheavenyc.com

A tour of King’s Harlem

On Sunday, guides from Big Onion will lead participants in a two-hour tour of the Harlem King knew and its earlier history, with an emphasis on local Black cultural figures and civil rights leaders. On this masked, socially distanced stroll, guides trace the neighborhood from colonial days through the Harlem Renaissance, with stops at the Abyssinian Baptist Church, Strivers’ Row and the Apollo Theater. Will it cover King’s most fateful Harlem visit, when he was stabbed with a seven-inch letter opener and rushed to Harlem Hospital? bigonion.com 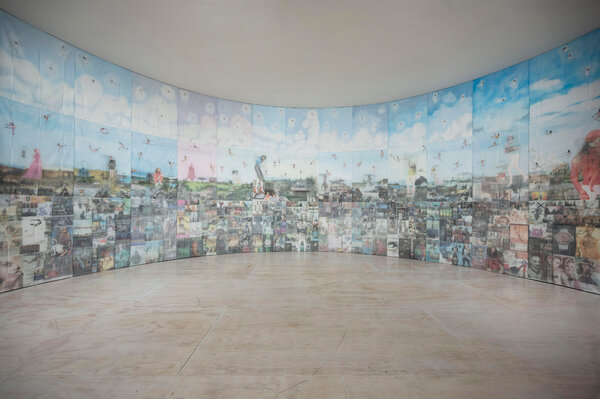 Through April 4, the MoMA PS1 exhibition “Marking Time: Art in the Age of Mass Incarceration” invites visitors to contemplate the rippling effects of the imprisonment of Americans, particularly Black men, on families. More than 40 artists — incarcerated, formerly incarcerated or profoundly affected by incarceration — contributed paintings, drawings and sculpture and, in the case of Jesse Krimes’s astonishing “Apokaluptein 16389067,” a 40-foot-wide work printed onto prison bedsheets. In The New York Times, the critic Holland Cotter wrote that the show “complicates the definition of crime itself, expanding it beyond the courtroom into American society.” moma.org/ps1

“Everyone can be great,” King once said, “because everyone can serve.” Instead of taking the day off, consider celebrating King’s legacy by showing up. AmeriCorps hosts an annual day of service on Monday, and offers myriad local service opportunities on its website. While some of them require in-person participation, AmeriCorps also encourages a virtual service, with suggestions like tutoring, hunger relief, suicide prevention and transcription for the Smithsonian Institution and National Archives. americorps.gov

At 3 p.m. on Monday, WNYC, in partnership with the Apollo Theater, will air its 15th annual King celebration. “MLK and the Fierce Urgency of Now!,” hosted by Brian Lehrer, Jami Floyd and Tanzina Vega, features guests including event’s guests include Representative James E. Clyburn of South Carolina, the Rev. William Barber II, Bernard Lafayette Jr., Letitia James and Nikole Hannah-Jones of The New York Times. The radio version will air on more than 400 affiliates, while an extended video version of the event will be available on Facebook. wnyc.org

On Saturday at 10:30 a.m., the Nashville Country Music Hall of Fame hosts an online family program, “Songwriting 101,” with an emphasis on music and justice. Via Zoom, a museum educator will lead the group in the creation of a new protest song, in the model of Sam Cooke’s “A Change is Gonna Come” and Bob Dylan’s “I Shall Be Released.” Figure out form, theme, rhyme scheme. Then wait on the world to change. Pen and paper, and an instrument, are suggested. countrymusichalloffame.org

On Monday, the Museum of the City of New York will host an intergenerational workshop for families honoring King and New York civil rights luminaries, including Ella Baker, Milton Galamison, Bayard Rustin and Malcolm X. The workshop is delivered in conjunction with the museum’s exhibition “Activist New York,” which charts the city’s participation in social justice movements, fighting for freedom and equality from the 17th century on. mcny.org

If your schedule can’t accommodate a gallery show or a timed online event, remember King by watching one of the many movies and documentaries devoted to his life and work. Try feature films like Ava DuVernay’s “Selma,” with David Oyelowo as King, or Clark Johnson’s “Boycott.” Some documentary takes include the new “MLK/FBI” and “John Lewis: Good Trouble,” both streaming as part of the Cinematters: NY Social Justice Film Festival, as well as “King in the Wilderness,” “Eyes on the Prize” and “King: A Filmed Record … Montgomery to Memphis,” available online.