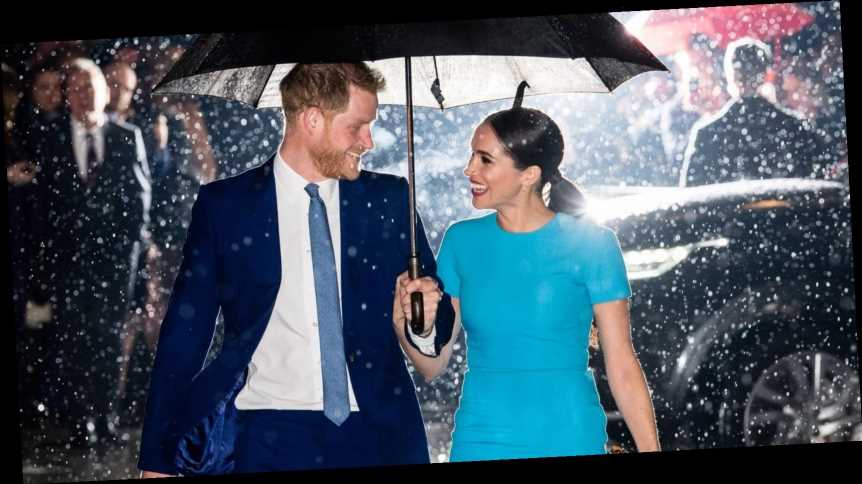 Here’s what you need to know about Meghan and Harry’s new Netflix series, Heart Of Invictus…

It’s official; the Duke and Duchess of Sussex’s first TV show for Netflix has finally been confirmed.

And we’re calling it now: Heart Of Invictus – which will be produced by Prince Harry and Meghan’s Archewell Productions company – promises to be an uplifting watch.

Here’s what you need to know about the series.

What will Heart Of Invictus be about?

In 2014, Harry set up the Invictus Games in 2014 for members of the armed forces from around the world who have suffered life-changing injuries or illnesses.

And, following the news that the next instalment of the sporting event has been pushed back for a second time due to Covid-19, Harry and Meghan’s TV series is set to follow competitors as they prepare for the event in 2022.

“Prince Harry has been a champion of the Invictus Games since its inception, so it’s fitting that Archewell’s first Netflix series will spotlight and celebrate the competition’s amazing athletes,” says the streaming platform of Heart Of Invictus via its official Twitter account.

Following competitors through the process of their training, a press release has promised that the “multi-episode series will… reveal powerful stories of resilience and hope.”

It will also touch on the difficulties faced by organisers amid the pandemic “as they work to prepare for the Games, postponed until next Spring, and as they partner with each nation’s team to support their competitors over the coming year.”

Who is making Heart of Invictus?

The series will be directed by Orlando von Einsiedel and produced by Joanna Natasegara, who previously worked together on Academy Award-winning short film, The White Helmets, as well as the Emmy-winning Virunga.

Harry will be serving as an executive producer, as well as appearing on screen.

Speaking about the upcoming series, Harry has promised: “Since the very first Invictus Games back in 2014, we knew that each competitor would contribute in their own exceptional way to a mosaic of resilience, determination and resolve.

“This series will give communities around the world a window into the moving and uplifting stories of these competitors on their path to the Netherlands next year.

Harry and Meghan attended the Invictus Games Sydney in 2018.

Harry adds: “As Archewell Productions’ first series with Netflix, in partnership with the Invictus Games Foundation, I couldn’t be more excited for the journey ahead or prouder of the Invictus community for continuously inspiring global healing, human potential and continued service.”

Elsewhere, Dominic Reid, chief executive of the Invictus Games Foundation, says: “We’re very excited about the opportunity to shine the global spotlight of Netflix on the men and women that we work with, in order to ensure that even more people can be inspired by their determination and fortitude in working towards their recovery.

“This partnership will also bring in significant funding to the charity. We are extremely grateful to our Founding Patron for his continued efforts to support the military community, and for making this partnership happen.”

And Ted Sarandos, co-CEO and chief content officer of Netflix, says: “The Duke and Duchess of Sussex and the Archewell Productions team are building an ambitious slate that reflects the values and causes they hold dear.

“From the moment I met them, it’s been clear that the Invictus Games hold a very special place in their hearts, and I couldn’t be happier that their first series for Netflix will showcase that for the world in a way never seen before.”

When will Heart Of Invictus become available for streaming?

The series isn’t likely to drop on Netflix until 2022 at the very earliest, so watch this space.