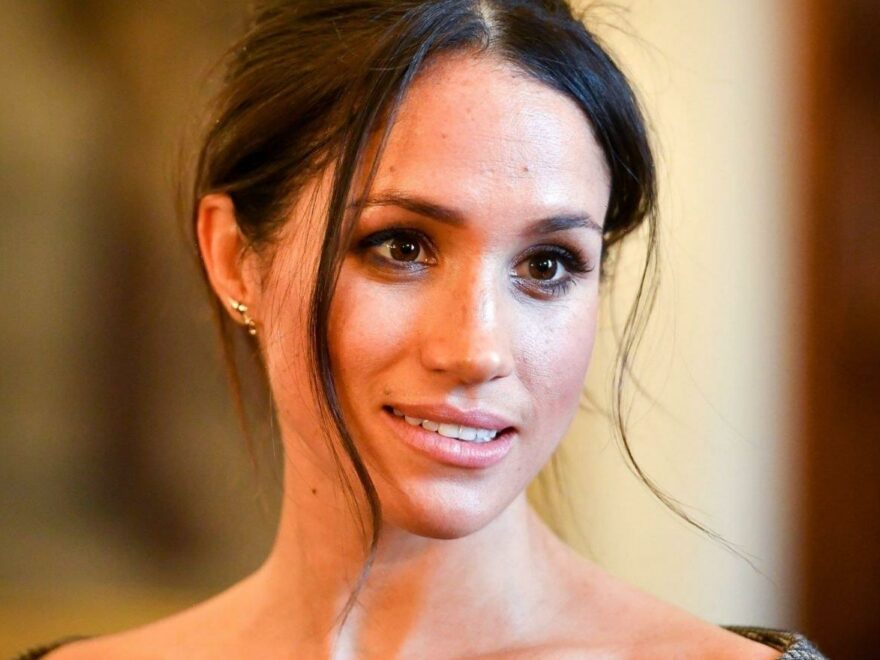 In the latest episode of her Spotify podcast Archetypes, Meghan Markle looked back on her experience as a “briefcase girl” on the US TV show Deal Or No Deal, explaining how the job inspired her to think deeper about the work she wanted to pursue.

The Duchess of Sussex was in a reflective mood in the latest episode of her Spotify podcast, Archetypes, as she reminisced on her short stint as a “briefcase girl” on the US version of Deal Or No Deal, opening up about how being valued for her looks over her brains made her feel.

Back in 2006, Meghan’s role on the show was to hold a briefcase “on stage, alongside 25 other women [doing] the same”, and came at a time when she was trying to make her name in the acting world. Though the gig obviously “wasn’t about acting”, she explains, she was “still really grateful as an auditioning actress to have a job that could pay my bills”.

“I had income, I was part of the union, I had health insurance – it was great,” she adds in the new episode, which sees the duchess unpick the “bimbo” stereotype along with guest Paris Hilton.

Still, despite the benefits of the steady gig, Meghan says she found herself thinking back to the work she had done as an intern in the US Embassy in Argentina, recalling “being in the motorcade with the secretary of treasury at the time and being valued specifically for my brain”. The contrast with her TV job was stark: “Here, I was being valued for something quite the opposite.”

Meghan and her colleagues, she says, would line up at “different stations for having your lashes put on or extensions put in or the padding in your bra”, adding that they would also be “given spray tan vouchers each week”.

All of this, she says, was to make them fit into “a very cookie cutter idea of precisely what we should look like”, and one of her bosses would tell her to suck in her stomach before going on stage.

“It was solely about beauty – and not necessarily about brains,” she explains, before revealing that she “ended up quitting the show” because, while she was “thankful” for the work, she didn’t enjoy “how it made me feel, which was not smart”.

“I was surrounded by smart women on that stage with me, but that wasn’t the focus of why we were there,” she adds. “And I would end up leaving with this pit in my stomach knowing that I was so much more than what was being objectified on the stage.

“I didn’t like feeling forced to be all looks and little substance, and that’s how it felt for me at the time – being reduced to this specific archetype.”

Meghan suggested that her time on the show and her experiences since then have shaped her hopes for her young daughter, Lilibet. “I want my Lili to want to be educated and want to be smart and to pride herself on those things.”

Later in the episode, Meghan spoke to Hilton about how the former Simple Life star was encouraged to take on the “rich dumb blonde” persona by the reality show’s producers and how that stereotype eventually became a defence mechanism for Hilton in the face of intrusive media attention.

Meghan admitted that growing up, her “entire sense of self-confidence was wrapped up in being the smart one and not the pretty one”, so she “found a way to project all of my judgment and envy” onto Hilton.

You won’t be shocked to learn that Meghan’s comments have already been met with criticism on social media, with some Twitter users questioning why she expected to find intellectual stimulation in a modelling gig with others unfairly suggesting that she thought she was too good for the work – but her point is more nuanced than that.

She’s clear about why she took the gig: for the benefits and the stability it promised at a time when she was still finding her feet with acting, a profession that offers an often uncertain career path. And it certainly doesn’t seem like she thought she was above her colleagues; instead, she praises the “smart women” around her. But the duchess proves that you can be “thankful” for a job while still questioning what it represents and whether it’s right for you.

Women working in ostensibly glamorous or image-focused jobs are allowed to aspire to other things too, and to suggest that taking on a role like this means you’re never allowed to point out the downsides or admit you might prefer other types of work only underlines Meghan’s overarching point: that all too often, women are only allowed to be one thing.