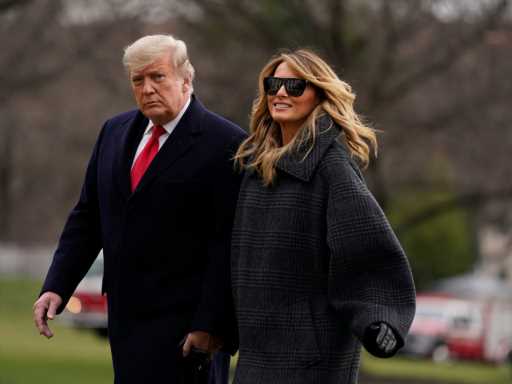 Melania Trump’s former friend and aide Stephanie Winston Wolkoff has made her newfound displeasure with the First Lady well known in her tell-all book Melania and Me: The Rise and Fall of My Friendship With the First Lady. In the book, she details her decade-long relationship with Melania and the role she played in the administration once Donald Trump won the presidency — and, how what she believed to be Melania’s true self-serving nature came to the surface. Now, as Melania has been largely silent in face of last week’s shocking attack on the Capitol, releasing a statement five days later that suggested she was the real victim here, Wolkoff is once again illuminating exactly how much power Melania has, and the clear choice she’s made of how she’s going to use it.

'Melania and Me' on Amazon

In a Monday interview with CNN’s Brianna Keilar, Wolkoff once again contended that Melania’s greatest weapon was her silence, and her failure to use her platform to do the bare minimum of standing up for what’s right.

“This isn’t the only complicit event that’s occurred throughout these four years. Melania Trump has a voice and she hasn’t used it,” Wolkoff told CNN. “She has a platform, she hasn’t used it. As the First Lady of the United States of America, whether you’re President or not, you have the ability to speak loudly, clearly, and for the rest of Americans…She is not just complicit, she is his enabler.”

Asked to provide examples of how Melania could have been a force for good as First Lady if she had no direct influence over Donald’s action, Wolkoff suggested that Melania, given her stated interest in child welfare, could have led a conversation about how to explain last week’s events to your kids, or even played a greater role in COVID safety by speaking to America’s children about mask-wearing on her own behalf.

In Melania’s belated statement to the events at the Capitol, she decried “salacious gossip, unwarranted personal attacks, and false misleading accusations on me — from people who are looking to be relevant and have an agenda.”

For Wolkoff, this is yet another example of how incapable the Trump family is of thinking beyond its own interests.

“If that’s what’s on her mind, then that’s really an embarrassing thing to be thinking about at this moment in time,” she responded to that particular passage.

In her book, Wolkoff writes similarly about losing faith in Melania’s character: “I used to think she was different from her husband. I saw streams of daylight between them and thought Melania was more principled, kind, and honorable than Donald and all of his offspring. I was wrong about that.”

First Lady Melania Trump may be on her way out, but Wolkoff’s disappointment clearly lingers.

Before you go, click here to see the most shocking celebrity tell-alls of all time.