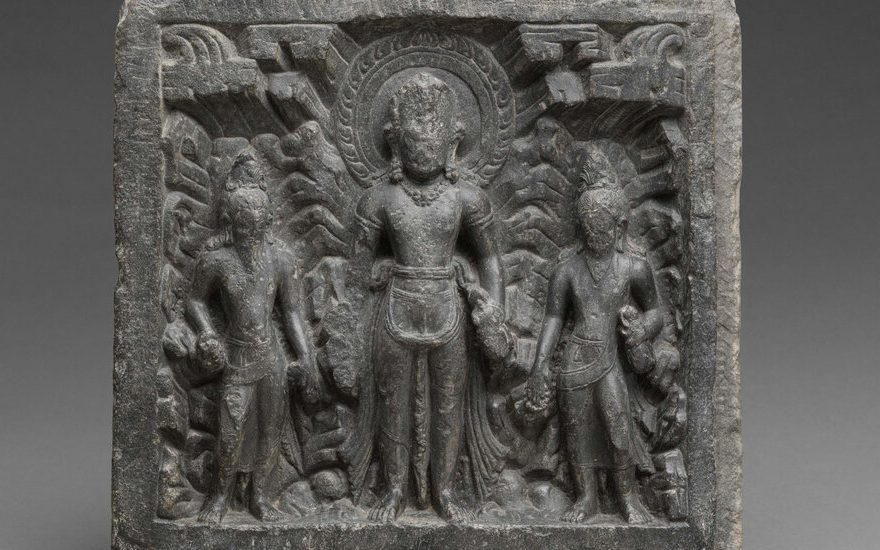 The Metropolitan Museum of Art announced Wednesday that it will return a religious sculpture from the 10th century to Nepal after researchers found gaps in its provenance record.

Experts of the region’s cultural history said that the icon was likely stolen from a temple shrine in the Kathmandu Valley nearly 50 years ago.

The sculpture depicts Lord Shiva, a revered Hindu deity, with two disciples in an abode atop Mount Kailash in the Himalayas. Clouds burst from the background of the haloed god, who holds a flask filled with amrita, an ambrosia from the churning of the ocean that represents the origins of life.

Acting Consul General Bishnu Prasad Gautam of Nepal said in a statement that his government appreciated the museum’s initiative in returning the sacred object. “The warm cooperation we have received from the museum has deeply contributed to Nepal’s national efforts to recover and reinstate its lost artifacts,” Gautam remarked.

Return of the Shiva sculpture marks the third time in as many years that the Met Museum has repatriated an item from its collection to Nepal. In 2018, the cultural institution repatriated two stone sculptures: a 12th-century stele of Uma Mahesvara (Shiva and Parvati) and a 10th-century sculpture of Buddha. There are currently more than 200 Nepali objects in the collection, according to a museum spokesman.

“The museum is committed to the responsible acquisition of archaeological art, and applies rigorous provenance standards both to new acquisitions and the study of works long in its collection,” said the Met in a statement. “In returning this sculpture to Nepal, the museum is acting to strengthen the good relationship it has long maintained with scholarly institutions and colleagues in Nepal.”

In March, the Dallas Museum of Art repatriated a deity sculpture to Nepal with assistance from the Federal Bureau of Investigations, and earlier this month, officials from the Denver Art Museum returned another sacred statue to Nepal.

“Most of these objects were stolen and have gone through traders and auction houses,” said Roshan Mishra, director of the Taragaon Museum in Kathmandu and a member of the Nepal Heritage Recovery Campaign. “We have so many objects like the Shiva statue on our list. One by one, they will end up returning.”

The 13-inch-tall artifact at the Met was once housed in the Kankeswari Temple (Kanga-Ajima), a local shrine not far from the historic Durbar Square of Kathmandu. According to Mishra, the sculpture was likely stolen about 50 years ago; eventually, it was sold to a collector, who gave the artifact to the museum in 1995.