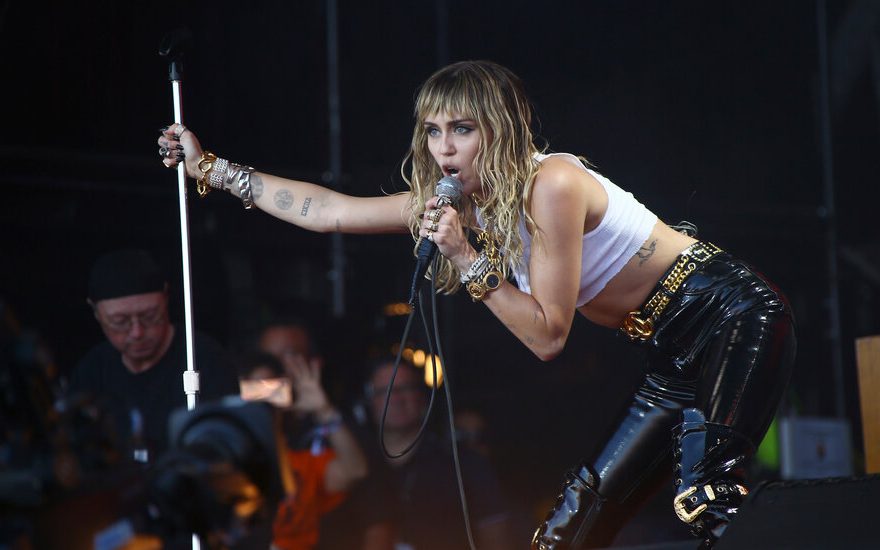 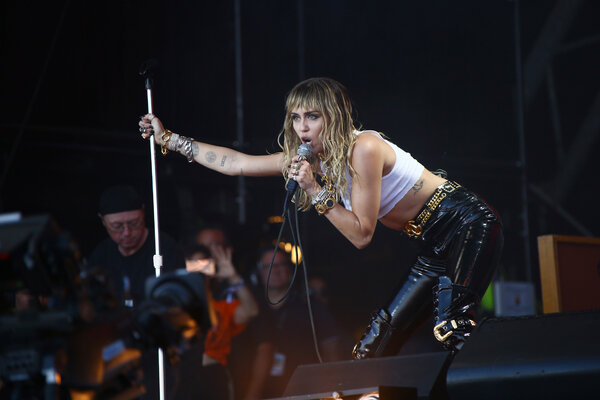 Truly outrageous, blood-splattered video aside (“Rock of Love: Thelma & Louise”? The Runaways biopic if it were directed by Ozzy Osbourne?) Miley Cyrus and Dua Lipa make a harmonious pair on “Prisoner,” a sleek duet from Cyrus’s forthcoming rock reinvention record, “Plastic Hearts.” In the wake of her spiritually faithful cover of the Cranberries’ “Zombie,” it should not be news that Cyrus has a muscular rock voice, so the surprise here is Dua Lipa, whose vocals pack as much punch as the track’s ricocheting bass line and thumping percussion. LINDSAY ZOLADZ

Steve Earle has recorded album of songs by his son, Justin Townes Earle, who was 38 when he died in August of a probable drug overdose; it will benefit Justin’s family. Among the choices from his son’s extensive catalog was “Harlem River Blues,” an upbeat tune that cheerfully announces plans for suicide. As a musician, Steve Earle did what older generations do: He reached back musically, finding the ghost of a fiddle tune where his son had heard a gospelly organ. JON PARELES

A blurry homage turns into a duet of peers when Bruce Springsteen shows up to sing along at the end of “Chinatown” by Bleachers, the solo project of the producer Jack Antonoff. It’s a homage to Springsteen’s automotive love songs and arena-scale brooding — the sustained synthesizer hints at “Tougher Than the Rest” — and to their shared home state, New Jersey. Springsteen’s voice appears as if out of a mist, like the apparition of a patron saint. His tone only gradually becomes recognizable but looms ever larger as the song goes on, and he bestows an iconic “Yeah, yeah, yeah, yeah” on the fade-out. PARELES

“Dimensional Stardust,” out today, might be the most meticulously written and produced album that Rob Mazurek has made with the Exploding Star Orchestra in its 15-year career — but everything about the record suggests an opening up and an expansion, not a hunkering down into details. On “Galaxy 1000,” the poet and multimedia artist Damon Locks sounds like he’s speaking through a megaphone as he lets fly a few lyrics of exuberant surrealism: “Expand and contradiction, expand and contraction/Refraction of rain, Galaxy 1000/Start the light that brings me home, eventually.” At that moment the music surges: Mazurek’s gleaming cornet joins up with layers of flute, fluttering strings, and the thump of a three-person percussion section — playing a mix of drums and electronic beats — to cut a hole in the sky. GIOVANNI RUSSONELLO

Every single line that Florence Shaw utters in the new single from Dry Cleaning is so perfectly droll and quotable that I can only choose one at random and hope it intrigues you enough to listen to the rest of the song: “I’ve come here to make a ceramic shoe/And I’ve come to smash what you made.” The London-based band — who just signed to 4AD and will put out a full-length debut next year — grafts post-punk grooves onto semi-absurdist poetry in a way that’s a little reminiscent of the great Scottish band Life Without Buildings, but Shaw’s vocals are uniquely, and a little menacingly, deadpan. (See also, from one of their EPs: The most gloriously weird song about Meghan Markle ever written.) “Do everything, and feel nothing,” Shaw sings on the closest “Scratchcard Lanyard” comes to a chorus, providing a fitting mantra for a song that sounds, at once, totally over it and yet full to the brim with life. ZOLADZ

With a one-word hook that sounds like the aural equivalent of twerking, or perhaps a cartoon character’s eyes popping out of his head, “Body” bears the instantly legible signature of Megan Thee Stallion, the queen of Hot Girl Quarantine. The video seems to take place in the same woman-only utopian universe as her “WAP” clip with Cardi B, featuring cameos from Taraji P. Henson, Blac Chyna and Jordyn Woods, among others. “If I were me and I would have seen myself, I would have bought me a drink,” Megan raps, in one of the best lines of the song and also, conveniently, one of the few lines that can be quoted in full by this esteemed publication. ZOLADZ

“I was 15 when the world put me on a pedestal,” Justin Bieber sings on “Monster” — a duet with Shawn Mendes that will appear on Mendes’s upcoming album, “Wonder” — continuing the thread of “Lonely,” Bieber’s recent single with Benny Blanco. While the Bieber of the “Sorry” era humbly accepted personal responsibility for his misdeeds, these more recent songs have also laid some of the blame on a watchful and particularly unforgiving public that seemed to be waiting for his downfall. “What if I trip, what if I fall? Then am I the monster?” he and Mendes sing on the chorus — from the imposing height of a large pedestal in the music video, to make sure the point gets across. ZOLADZ

Phoebe Bridges has radically remade four songs from her album “Punisher,” singing solo with string-ensemble arrangements by Rob Moose. “Kyoto,” about a fraught, fraying relationship — “I’m going to kill you if you don’t beat me to it” — trades its retro rock band and horns for an arrangement that leaves her voice far more exposed. She’s backed by sustained ensemble chords at first, then tremolos and crescendos building tension, then some hints of solace but no clear resolution as Bridgers resignedly concludes, “I’m a liar.” PARELES

Gwenifer Raymond, who is Welsh, has made herself an heir to the meditative but virtuosic, folk-rooted but deeply idiosyncratic province of acoustic guitar playing, sometimes called “American Primitive,” pioneered by musicians like John Fahey and Robbie Basho. “Hell for Certain,” from her just-released album of guitar solos, “Strange Lights over Garth Mountain,” merges the spirit of a vintage blues train song with a hint of mystical drone. It eases into motion but accelerates to breakneck speed, bouncing between strumming and picking and putting grunting low strings in dialogue with keening high ones. The ride feels both hair-raising and predestined. PARELES