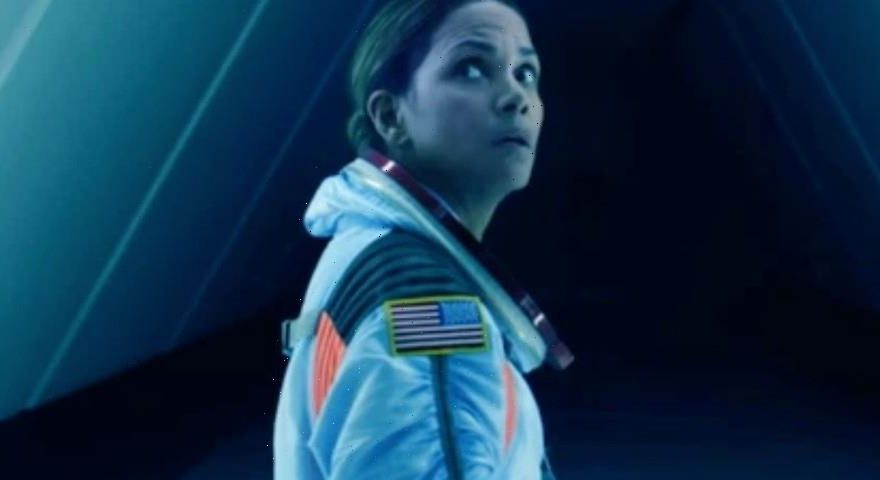 Appearing across the introductory visual, the sci-fi film’s tagline gives way to an action-packed plot: “In the year 2022, the Moon will come to us.”

After a mysterious force knocks the Moon out of orbit and into a destructive path towards Earth, the movie centers on NASA executive and former astronaut Jo Fowler (Halle Berry), who believes she is capable of saving the planet. She enlists an astronaut from her past, Brian Harper (Patrick Wilson), and a conspiracy theorist, K.C. Houseman (John Bradley), to accompany her on a last-ditch space mission in an effort to halt the impending collision.

Last week during CinemaCon, Lionsgate shared a first look at the film’s opening scene, which showed Berry and Wilson’s characters fixing a broken satellite hit by lunar debris in the year 2011.

Emmerich is no stranger to disaster films; the director first established his expertise in the genre with Independence Day in 1996, before helming films including The Day After Tomorrow and 2012.

Moonfall will premiere on February 4, 2022. Watch the teaser above.