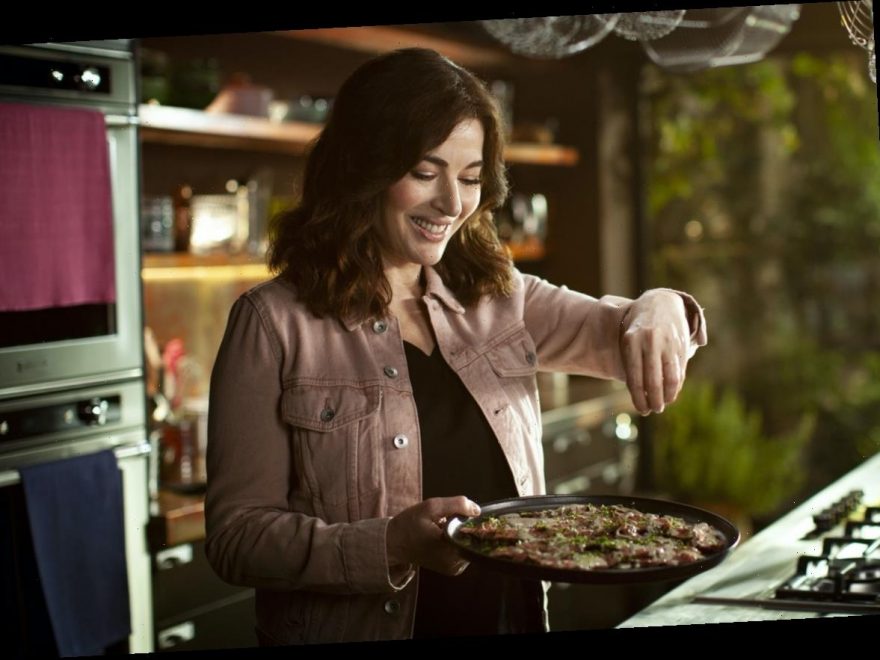 "More than just a mantra, cook, eat, repeat is the story of my life."

From Sunday roasts to decadent desserts, no one induces food envy in me quite like Nigella Lawson. She’s the queen of treat-yourself-cooking and her Christmas specials are enough to get even the biggest Grinch into the festive spirit. Well fans of the At My Table writer will be delighted to hear that Nigella Lawson has announced a new series, Cook, Eat, Repeat, and it comes complete with a festive extra.

The new six-part series was announced on Sept. 1 by the BBC, who have explained that Lawson will "share the rhythms and rituals of her kitchen through a multitude of delicious new recipes that make the most of her favourite ingredients."

Recipes featured in the new series will include a chocolate peanut butter cake, a crab mac’n’cheese, and a fish stew. My mouth is watering just thinking about it.

Lawson will take viewers through the process of thinking up new dishes, showing us how she combines "vintage" recipes with new ideas from friends and from social media.

Speaking about her new show, Lawson explained, "More than just a mantra, cook, eat, repeat is the story of my life.” Clearly this show is going to be about much more than just food.

In addition to the six episodes of Cook, Eat, Repeat, viewers will also be treated to a one-hour Christmas special. "Nigella will indulge in a little tourism around her Christmas table with food from near and far to warm up the winter evenings and add sparkle to the seasonal special," writes the BBC.

Alongside the series Lawson is releasing a new cookbook with the same title. You can pre-order it now and it’s being published on Oct. 29. The BBC is yet to announce when the six-part series will first air on BBC Two but it promises to be utterly scrumptious.