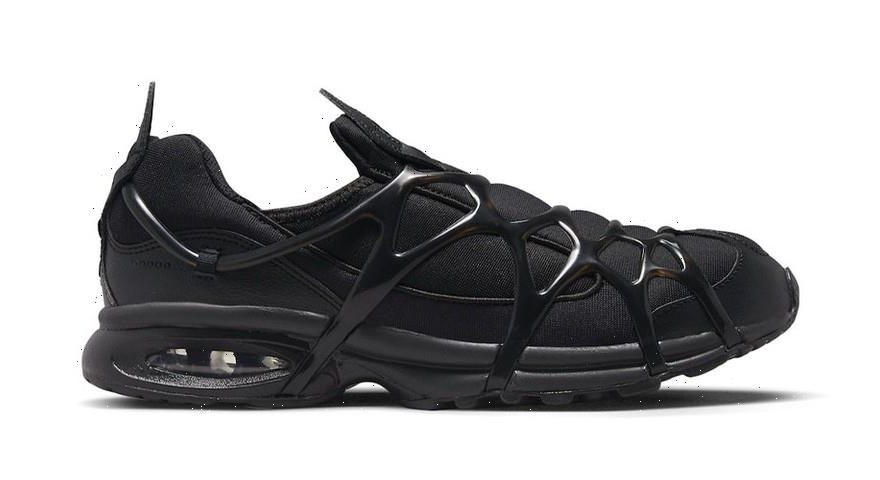 Nike‘s unorthodox Air Kukini silhouette first arrived on the scene in 2000 as part of Nike’s experimental Alpha Project that famously brought us the Air Prestos. Following its initial reintroduction earlier this year, the laceless pairs have returned in a variety of iterations including this recently revealed “Triple Black” colorway.

The upcoming pairs arrive in an all-black makeup, featuring mesh uppers, leather overlays, and a gloss-black TPU cage that stretches over the sole unit in a web-like fashion. Nike branding accents are stitched and printed on the tongue and insoles while the Alpha Project’s five-dot motifs are subtly imprinted on the heel counter. Rounding out the design are thick sole units featuring a translucent air bubble on the heel.

Take an official look at the Air Kukini “Triple Black” above and expect the pairs to arrive at the Nike website and select retailers in the coming weeks for $135 USD.