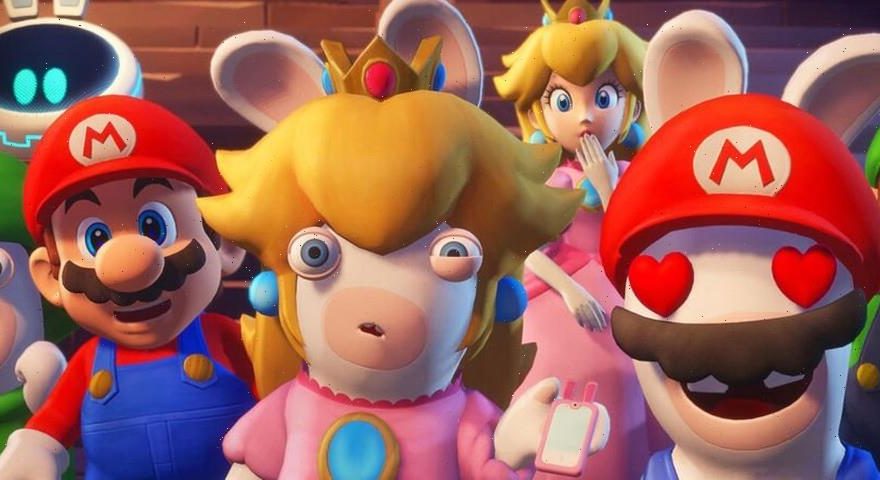 The game isn’t set to release until 2022, though Nintendo showed off both the gameplay and cinematic trailers on Saturday.

The cinematic trailer dives into the storyline that brings Mario, Luigi, Princess Peach, Rabbid Peach, Rabbid Luigi and their friends together on a galactic journey, while the gameplay trailer highlights the “freedom of movement and strategic turn-based decision-making” that will be available to players.

While the official game announcement took place at E3, information about the tactical adventure game was posted to the Nintendo website hours earlier. According to the game’s description, players can “explore planets throughout the galaxy” and “defeat a malevolent entity and save your Spark companions.”

Users are encouraged to build out a “dream team” featuring three heroes from an “eclectic” nine character roster and rescue “adorable Sparks” who will provide “a distinct power” that will help in battle. Nintendo also teased “all new bosses, along with some familiar enemies.”

“Cursa, a mysterious and malevolent entity seeks out energy to further its nefarious plans, plunging the galaxy into chaos. Twisting the planets with its evil influence, it’s determined to consume all the energy of the Sparks, uncanny creatures formed by the fusion of Lumas and Rabbids, and destroy all who stand in its way. To bring order back to the galaxy and save the Sparks, Mario and friends team up with Rabbids heroes in a journey through mysterious and ever-surprising planets.”

Mario + Rabbids: Sparks of Hope can be preordered online at the Ubisoft website, with both Switch and download versions priced at $59.99 USD.

Check out the last installment of the Mario and Rabbids mashup called Mario + Rabbids Kingdom Battle in anticipation of the forthcoming release.
Source: Read Full Article