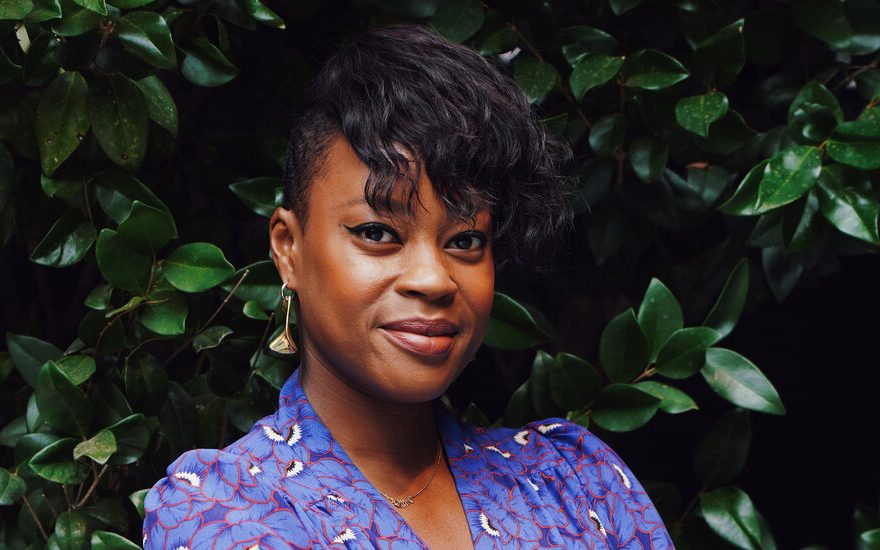 Shortly before Covid-19 shut the concert industry down, Noelle Scaggs, one of the singers in the alt-pop band Fitz and the Tantrums, began noticing that there was seldom anyone else like her on the road.

A Black woman in a band of white men, Scaggs saw few other women of color on festival stages. Behind the scenes — among the touring crews and other industry personnel she came into contact with — the situation was no different.

“Most of the time,” Scaggs said in an interview, “I was the only woman of color in any room.”

Over the summer, as Black Lives Matter protests pushed the music industry into self-examination, with major record labels promising to diversify their ranks, Scaggs began developing a plan to break the homogeneity of the concert world — the multibillion-dollar business that provides most artists a majority of their income but has received less scrutiny over the makeup of its workers and executives.

Scaggs’s initiative, Diversify the Stage, aims to give more opportunities to people of color, women, transgender and L.G.B.T.Q. people throughout the touring industry, particularly in production and technical positions. In a business that runs on status quo, with the same staff hired for tour after tour, Scaggs is also challenging fellow artists to use their influence over who is hired.

Scaggs, 40, has been a steady presence in R&B and alternative music for two decades, first as a well-traveled vocalist — she sang on the Black Eyed Peas’ 2003 hit “Let’s Get It Started” — and, since 2008, in Fitz and the Tantrums, which walks a line between neo-soul and high-energy alternative pop. 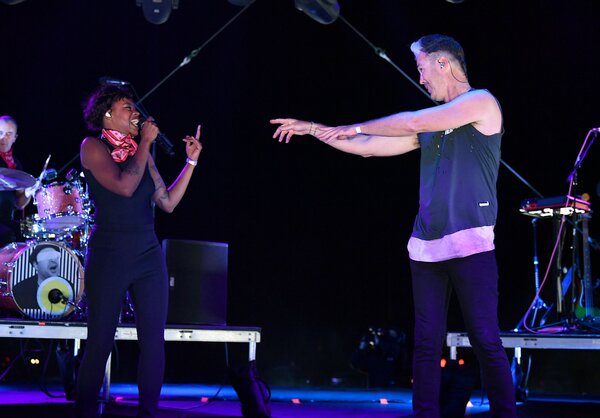 Her plan with Diversify the Stage is twofold: building an online directory to help booking agents, touring managers and others find a wide group of candidates for any position, and bringing young people into the business through mentorship programs.

Both efforts are underway. This fall, the House of Blues Music Forward Foundation, a charity affiliated with the concert giant Live Nation, will work with Diversify the Stage and several other progressive industry groups on a series of master classes for 20 young women of color. Next year, those women will be placed in apprenticeships throughout the business.

Scaggs’s initiative arrives as criticism has grown more heated over the industry’s power imbalances and the relative lack of women and minorities in senior positions. Major record labels and concert promoters have pledged to change, and some have taken steps like hiring inclusion officers. But critics are impatient. Two grass-roots campaigns, #TheShowMustBePaused and the Black Music Action Coalition, have recently published lists of demands for music companies, among them anti-racism and anti-sexism clauses in live performance contracts.

Watching the flurry of earnest corporate statements this summer, Scaggs said she did not want to wait for others to act. “I was just like, is this going to be another situation where we have the same conversation a year or two later, but nothing has really changed?”

Concrete numbers are unavailable about the makeup of the touring business, where workers may be employed by an artist, a promoter, a venue or an outside vendor. The Annenberg Inclusion Initiative at the University of Southern California, which has documented the poor representation of women in pop, announced in June that it would look at the live sector as part of a broader study of leadership in the music business.

But insiders say the problem is evident. Bill Reeves, a veteran production and touring manager who co-founded an advocacy group, Roadies of Color United, said that white pop acts tend to hire few Black crew members. He also described what he called a common phenomenon: a Black act uses Black crews early in its career, but once crossing over to mainstream success, “somehow, magically, they have all-white crews.”

“In America, as in the concert production business, there is systemic racism,” Reeves added. “It’s so baked in that most people aren’t even aware of it.”

Touring jobs are often filled through word of mouth, which can perpetuate the exclusion of women and minorities. “Sometimes I hear, ‘Yeah, I’ll hire a Black production manager, but I just don’t know where to find them,” said Jerome Crooks, a tour manager for Nine Inch Nails and other acts.

A few years ago, Crooks, who is Black, began to develop a database of touring personnel — “a rock ’n’ roll LinkedIn,” as he puts it — to solve just this problem. That database, Never Famous, is now Diversify the Stage’s partner for its employment directory, which is expected to arrive in the spring.

By then, Never Famous may have competition. Live Nation Urban, a division of the concert company, is developing its own Black Tour Directory, as is Roadies of Color United. She Is the Music, a group co-founded by Alicia Keys that is another partner of Diversify the Stage, has its own database. If anything, the overlapping sites may push the issue forward.

Diversify the Stage has one advantage in that it is led by an artist, said Samantha Kirby Yoh, a top talent agent who has represented Björk, LCD Soundsystem and Florence and the Machine.

“It’s very important that this is coming from the voice of an artist,” said Kirby Yoh, who recently left the WME agency. “It’s heard louder that way.”

Scaggs knows that simply hearing her call may not be enough. She is hoping that fellow artists — and the industry at large — will demand change.

“If they are angry, and determined enough to make it happen,” Scaggs said, “it will happen.”