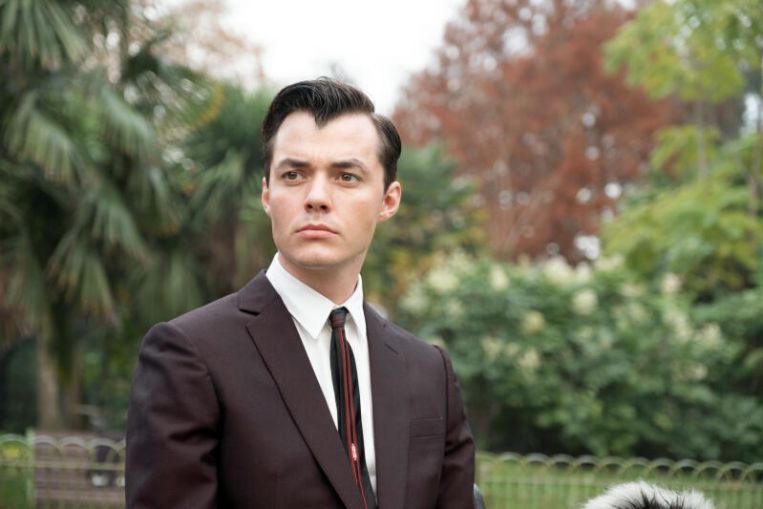 SINGAPORE – The action-drama series Pennyworth is set in a grimmer version of Swinging Sixties Britain. The setting is fictional, but it often feels too real for actor Jack Bannon, who plays the title character.

“We are in a time of political divide. I’ve never known the world to be so divided,” says the 29-year-old English actor of the real world, currently gripped by a pandemic and protests over police brutality.

The turmoil and political extremism seen today feel eerily similar to the dystopian setting of the series, he notes during a virtual press conference from his home in London.

The show is an origin story for DC Comics character Alfred Pennyworth, who later in life travels to Gotham and is hired by the Wayne family as a butler. After the murder of Bruce Wayne’s parents, the Englishman takes over as the boy’s guardian. Bruce, who grows up to be the superhero Batman, continues to rely on his guardian for assistance and fatherly advice.

But the action in Pennyworth happens long before the move to Wayne Manor. The future butler is a former special forces soldier who becomes a freelance security consultant. All around him are political extremists carrying out a campaign of terror. The government executes prisoners in gruesome fashion at public events that draw hordes of spectators.

“We shot this over a year ago, before the coronavirus but during Brexit, when we were going to leave the European Union,” Bannon says.

So now, just as the first season is about to be released in Asia at a turbulent time in world history, the show feels prophetic.

Its executive producer and one of its main writers is Bruno Heller, who also worked on another Batman-related series, Gotham (2014 to 2019).

“We had a joke with Bruno, who seems to be a bit of a prophet because he would write things and then they would kind of happen, in a life-imitating-art way,” says Bannon.

“For season two, we begged for him to write a nice, peaceful arc, but obviously that doesn’t make for great drama.”

The actor’s first major role was in the biopic of English mathematician and cryptographer Alan Turing, The Imitation Game (2014). Bannon played Christopher Morcom, who went to the same boarding school as Turing (played by Benedict Cumberbatch) and was instrumental in getting the future code-breaker interested in cryptography.

The Alfred Pennyworth character has been played by actors such as Sean Pertwee on the Gotham series and Jeremy Irons in films featuring Ben Affleck as Batman, such as Batman V Superman; Dawn Of Justice (2016) and Justice League (2017).

Perhaps the most memorable Pennyworth in recent times has been the one played by Michael Caine in the Dark Knight trilogy (2005 to 2012) directed by Christopher Nolan.

While Bannon’s show takes place within the DC Comics universe, its story arc stands alone, with no ties to other films or television shows. Despite this, the Caine version is a touchpoint for Bannon.

“Personally, it is my favourite,” he says. “But also, Caine was the one who told Nolan, ‘I will play a butler as long as he is ex-special forces.'”